You Know As Well As I Do That She Will "Win"

originally posted by: EmmanuelGoldstein
a reply to: ware2010
Agreed but I think our last President was actually John F Kennedy.

I am thinking the same thing about Kennedy too. All the other "presidents"
seem to be steering this country down a very dark road from which we may
not be able to turn back from.

Easier said than done too many people will still vote for their party. 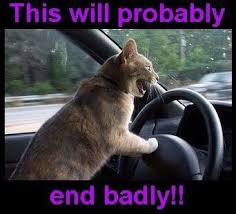 We'll have to wait and see on that one. I'm very much aware of that line of thinking about Trump you and others have expressed and I have considered it over the months but so far I'm not convinced.

If everyone tosses their two cents in the ring we could buy a pizza!

posted on Jul, 6 2016 @ 11:49 AM
link
a reply to: EmmanuelGoldstein
I agree with you, im no fan of Obama, I was being technical, but I believe JFK was our last true president, the government has been in a corrupt downward spiral since

posted on Jul, 6 2016 @ 12:02 PM
link
Who remembers Ross Perot? He did his job so well by "running" for POTUS, that TPTB decided to let the next rich guy (Trump) run for a major party. Ross was kicked to the curb after the election, and so will Trump be kicked. If it looks like he will win, his plane will go down - I know that usually only happens to Democrats, but they will make an exception this time.

Outside of two things, the POTUS can't and really doesn't do much:

Other than that, they sit in an office, make speeches and propose legislation to congress that usually gets shot down. Their vetos usually get overturned and they basically parade around like a figurehead.

The worry, stress, and moaning/carrying on over our next POTUS is getting ridiculous. The people under the POTUS really make all the gears work and take care of the actual heavy lifting.

I say let Hillary sit in that damn office, she won't quit trying until she does. We're going to keep seeing her try and force herself into the oval office, and force herself on the people of the USA until she does. She won't go away or quit until she's POTUS. I swear I've never seen a more persistent person. Despite being told by voters over and over, "Hilary: we don't want you" -- she continues to try.

Congress and the rest of the world won't let her do anything stupid...or anything really at all anyway.

posted on Jul, 6 2016 @ 12:14 PM
link
if she wins, it will be because the votes fell that way. Get enough votes to take the electoral votes from your state and she wins that state. Win enough electoral votes (states) and your in. It's simple. No rigging needed. And that shouldn't be a problem since Trump continues to follow the Romney game plan of alienating every voter outside of the Republican base. You can't win the Presidency with just your base voters behind you.

Now if she were to win, say Texas, then I'd be suspicious, but until then I call bs on the whole "system is rigged" crap. Just an excuse to say "i'm too lazy to go vote and actually try to make change".

Go out and vote for Johnson or Stein or whoever other third party candidate you want. more importantly, vote for those parties in your local elections so those parties can gain the traction needed to get national attention.

It's not going to be close. It's going to be a landslide . Trump will be epically humiliated.

posted on Jul, 6 2016 @ 01:08 PM
link
the MSM will have the people believing they're counting hanging chads in florida while she's being briefed, watching a video of the JFK assassination from an angle only presidents have ever seen.

it'll be a show, and nothing more- same thing it's been for my entire life.

Her loyal followers will usher in a new queen.

Prayers 5 times a day, all bowing in the direction of DC.

originally posted by: Nikola014
I refuse to believe that the people of the US of A are stupid enough to elect that damn criminal bitch.

Uh, yes. The US has enough stupid people to elect her.

If there is one surplus that we do have, it is stupid people.

posted on Jul, 6 2016 @ 01:23 PM
link
The problem with the fix is this - they have to make it plausible. I think it might be difficult to do this year in the conventional manner, even with Trump.

I think people are so frustrated and angry that we are going to see things we haven't seen in our lifetimes perhaps.

And we might even accidentally see Trump win the same way we saw the Brexit vote shake out different than they expected it to.

Her loyal followers will usher in a new queen.

Prayers 5 times a day, all bowing in the direction of DC.


That gives the term Bottoms Up a whole new Asspect.

originally posted by: ketsuko
The problem with the fix is this - they have to make it plausible. I think it might be difficult to do this year in the conventional manner, even with Trump.

I think people are so frustrated and angry that we are going to see things we haven't seen in our lifetimes perhaps.

And we might even accidentally see Trump win the same way we saw the Brexit vote shake out different than they expected it to.


I would like to see him win, i believe it would totally shake things up, things that haven't shook in a very long time that need to be.

I don't believe he's as terrifying as people think he is though.

You have to tell us what you think is a million times worse Hillary has done than the emails.

As for Trump's chances:

Trump has one chance. That is what the conspiracy theorists Webster Tarpley points out and that is the Trump helpers who are doing these false flag terror events across the globe to bolster Trump.

Trump can only win on fear

I care so much that I didn't even check bookies odds. Go check them and you will know the winner.


You Know As Well As I Do That She Will "Win"

Especially after Billy boy met with the Attorney General a few days before the investigation of that witch was dropped. She is their corrupted choice., hands down. Although some of us saw the writing on the back in 08 .

The game is rigged and as long as people continue to follow the rules, they will be continued down the line to their tidy demise.


This whole email thing has been a red herring designe

IMO its possible but no likely as this email thing wasn't really exposed by the GOP , MSM or the govt , but rather by hacker. Its not impossible but I think this wasn't by design for the most part.

The best choice between these two scumbags of candidates is Gary Johnson , followed by MY Johnson for 2016.