The process for this uses a method called check sum hacking. Computer files recovered with check sum hacking from the past, present, future, or alternative realities is called time hacking.

This process requires no internet connection or connection to any other computer. So now in theory it is possible to hack a computer in the future or the past without connecting to it.

Here is a link to a news article that has just come out about this form of time travel.

posted on Jul, 5 2016 @ 05:56 AM
link
Good read but wish it were true but Sorry this is just nonsense mis/dis info. CRC using to timetravel ? Nothing said about the reconstruction. Configure files doesn't mean a thing conf files are program specific. If this really were true I could hack ironmountain

Any reputable sources? BIN is about as reliable as getting your daily news from the homeless guy on the corner of the street holding a "THE END IS NIGH!" sign.

What the hell are "Comeputers"?

By the way articles from Beforeitsnews.com generally end up in the hoax forum round these here parts.

Edit: Good stuff amending the title spelling error. You need to quote another source other than Beforeitsnews.com through.
edit on 5-7-2016 by andy06shake because: (no reason given)

posted on Jul, 5 2016 @ 06:04 AM
link
Is hacking something that doesnt exist yet the millennial equivalent of being sent for a long stand/sky hook.
edit on 5-7-2016 by Jukiodone because: (no reason given)

posted on Jul, 5 2016 @ 06:23 AM
link
Sooooo.. If I understand the algorith correctly, the programm RND's a MD5-checksum and then tries to RND (randomize) a text until it fits the checksum?

Why not just use something like this: automated writing?

Skip that nonsense with "checksums", which just eats up clockcycles. Generate stories on the fly..


Any reputable sources? BIN is about as reliable as getting your daily news from the homeless guy on the corner of the street holding a "THE END IS NIGH!" sign.

not that that precludes it from being possible, plenty of ideas have come from fiction to revolutionise the world.
....probably not any from beforeitsnews, however ;\

Sorry man I dont how to respond to this ... is ... like ... marvelcomics on steroids...
Felicity smoak just got a hearth attack got to reanimate her.

I'm Using Lempel–Ziv–Welch coding in lo-hi byte order to reconstruct the weighted error back propagation codes and doing Rainbow attacks on doublewords within the processor code. As a result I get MD5 signatures which I reconstruct by using assymetric RSA keys. Using the twinkle device to factor the keys into primefactors . The result is an Quantum-entanglement of mersenne primes that contain numbersequences that are nothing up their sleave numbers that generate BOGOMIPS. which in turn activate the brain of linus torvals (not the one in this universe but the evil one on earth 656). Who resends the mersenne primes to a server in Semipalatinsk that changes the lo-hi byteorder and reformats the data into md5 hashtags who are send back to the mainserver that finally decodes the data by using reverse Lempel–Ziv–Welch coding.... pfff....

posted on Jul, 5 2016 @ 06:39 AM
link
a reply to: ManFromEurope
No only weak and weighted sums are used. Random numbers are used to help bring the counter to its weak check sum. The other method you speak of is called the evolution strong check sum hacking method because it mirrors evolution. In that algorithm if random changes in the counter brought it closer to its target the changes were kept. If not they were ignored. Just like in nature with DNA. That is one of the inventers older algorithms.

posted on Jul, 5 2016 @ 06:41 AM
link
a reply to: Jukiodone
No in Einstein's space time all computer files exist at the same time alone with all history.

posted on Jul, 5 2016 @ 06:46 AM
link
a reply to: frenchfries
Your talking nonsense now. I can only help you if you know and care what your talking about. Only weak and weighted sums are used. The more weighted sums the stronger the strong check sum. I think marvel comics are in another thread.

Yeah, seems plausible to me.

you should make comics yourself- that was awesome

dont want to derail the thread sorry. i would like to see this timetravel thing in action- any chance that we can have a little demonstration?


Watch out for the lazer raptors 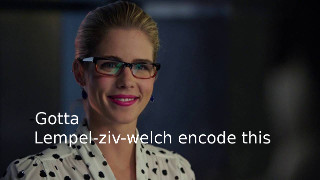 Well the very first claim is factually wrong and demonstrates this person's lack of computer literacy.

Put this garbage in the Hoax Bin where it belongs.