posted on Jul, 4 2016 @ 02:13 AM
link
We had an election in Australia on Saturday and 2 days later theres no clear winner. The Labor party don't have engouh seats and the incumbents are struggling with their new leader who was massively popular but is now on the nose. Lot's of independants in the ring and the result is we still don't know who is going to lead this country.

This is my linky to news


Despite the Prime Minister's confidence postal votes can secure the Coalition a majority, Insiders host and political analyst Barrie Cassidy says he "can't see that happening" and we are "well and truly in hung parliament territory".

The swing away from the Coalition and the loss of several key marginal seats is bad news for the Prime Minister. He was dramatically installed in the top job, ousting Tony Abbott, for his popularity but Saturday showed that goodwill was gone. Cassidy offered this analysis: He was put in the job back in September, that's the way it looked, he was the messiah, the guy who had the power of the polls and he blew it.

"You have that 'we were robbed' speech on Saturday night bringing it back to Medicare. The decline started before that. Elections are won and lost between elections."

Sometimes I wonder just what would happen if no one voted for the Two Preferred Parties - I personally voted minor parties, just doing my part in not allowing a clear result form.

ETA: They're continuing the count tomorrow, so, we shall see how this all pans out.

posted on Jul, 4 2016 @ 02:44 AM
link
I WISH this would happen in the US. Maybe then we could get a slightly better candidate for president than the current abysmal race to the bottom.

well you can't say Nobody warned you... 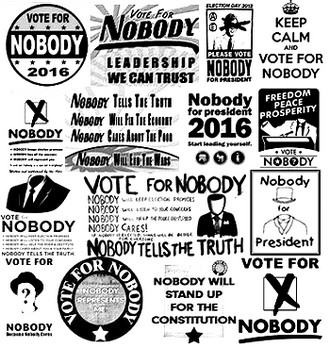 originally posted by: anotheramethyst
I WISH this would happen in the US. Maybe then we could get a slightly better candidate for president than the current abysmal race to the bottom.

Get rid of the two party system. Its a failure. Honestly.

posted on Jul, 4 2016 @ 05:08 AM
link
I understand that an informal vote was once considered a vote of no confidence in the candidates.

If we could make informal voting a recognised vote of no confidence, we might get a better class of governmernt.

What the heck is "engouh" did you mean gough as in ex-labor party leader Gough Whitlam, you are a wise man from the west,yes....

posted on Jul, 4 2016 @ 08:44 AM
link
Lol the same thing happened here in the U.S. Some years ago between Al Gore and Gw Bush in the presidential election. It was a big mess for as I recall, weeks.

1) Australia had its LONGEST campaign for a federal election in history a whole enormous 8 weeks. lol!

2) Australians it appears could not decide who they hate less. this attitude is so refreshing compared to the Yanks and their election circus nightmare I am living through currently where people actually believe and support by mouth frothing the narcissists that are rolled out of the bi partisan clown car.

4) Aussies vote no matter what they were doing, hanging out with the kids or swimming at the beach in your budgie Smugglers. 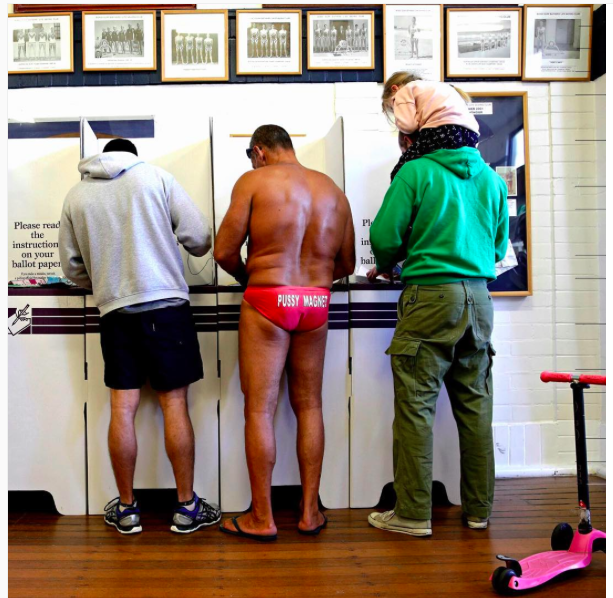 That guy in the middle. That's too funny!

An unprecedented quarter of Australians have given their first preference to parties other than the Labor and the Coalition — the highest primary vote for minor parties and independents in the country’s history — resulting in what is shaping up to be another hung parliament.


Bold mine.
News.com.au Article - Australian voters say 'up yours'

Nice.
Now we need to change that "quarter" to "all".