Can you guys help explain to me spacetime and dark matter?

Everything is sound and geometry

Look into cymarics and sacred geometry

posted on Jul, 3 2016 @ 10:15 PM
link
1st you must internalize a few realities in life before diving into the space time conundrum.

1. The 4th dimension (time) is completely a product of human consciousness and is a non constant in the universe.

2. Dark matter in theory is just regular matter which has been broken down into parts which do not interact with charged particles as we know them, but however as a conglomerate have mass and thus as a whole are effected by gravity.

With these two things known, you can conclude that time space can only exist inside the universe and that the universe however vast it may be is actually finite. However, beyond the boundry layer of the universe there lies an infinitum.

If you look at air here on earth. We know that a property of air is that its molecules are spread apart in a way such that the frequency of interaction amongst themselves causes them to be less dense, thus allowing objects to move through it with minimum resistance. However we know that at speed air can provide a meaningful amount of resistance for an object trying to push its way through.

This resistance that the universe has due to mass moving through it is all due to the fact that all matter in the universe came from one point and wants to return to one point.

From this point there are a number of different theories on the life cycle of the universe however I believe that the universe has 3 phases. An expansion a sedentairy and a contraction which is a compounding and infinite cycle.

3D space is just a location relative to some starting point. Time in Relativistic Physics is like another Space Dimension of sorts. Because everything is always moving in space. So your house is at a location in 3D space but also in Time as well. So your house is in a different location in Space/Time if you consider the fact that your house wouldn't be in the same spot in 1980 as it is now in 2016. Because the earth has moved over time between 1980 and 2016.

Another way to think about it is that when something moves through space it takes some amount of time for it to move from one spot to another. So Space and Time are locked together. To move in space means also to move in Time. You cannot move in space without it taking time.

Spacetime is where you live. Dark matter is the part of it you can’t see and are liable to bump into.

Well, there is no "moving" in space or time

Which is why it's almost all empty space

originally posted by: mOjOm
a reply to: Gothmog

I've heard that phrase before, but it's not a fabric. Space is just Space. Time is our perception of moments but it's thought of as a type of Spacial Dimension just like the 3 Space Dimensions.

People say 3D Space is a location which can be plotted in x,y,z terms. X=horizontal, y=vertical, z=forward/backward and Time they usually call the 4th Dimension. But Time is always changing so technically you have to include it to be accurate in plotting a point. We usually disregard Time and just plot a point somewhere. But in reality since Time is always changing and everything is always moving where you plot a point one moment will be different the next moment Relative to everything else.

So they put the two together to make Space/Time. Which is X,Y,Z,T.

I most certainly would hope you have heard of the Space/Time Fabric. The effects of mass on the fabric that produces the depression in that fabric we call "gravity".

posted on Jul, 3 2016 @ 11:52 PM
link
After getting home, I now understand the depiction of the 4th dimension as a tesseract. In 3D, there is no motion. With the addition of time, motion is perceived, and thus, is needed inorder to plot a point in things are are constantly in motion trough space.

For example: Landing on the moon, from earth. T is a absolute need when determining WHERE it will be in space (X,Y,Z) at any given moment (T)

read thread in my signature

The concept of spacetime arises from the realization that Einstein had that time is nearly the same as the other spatial dimensions.

We had always been measuring it with different units, space in meters, time in seconds which meant that we were unable to work with it properly.

Einstein realized that the speed of light limitation meant that time could actually be measured in meters.

He also realized that the speed of light was limited by a fundamental underlying principle, i.e: the speed with which light moved, was an emergent property created by this underlying property.

Now we can use the same measurement for time and for space, there's all sorts of things we can do with the math and also conceptually.

Because time was measurable in meters, but we couldn't actually lay a ruler along its axis, it was realized that it was another dimension or direction and that space must really be 4 dimensional.

So, there you have a quick primer on spacetime.

I was actually just doing the same calculations, though I pointlessly worked backwards from the length the observeable universe in a single direction (I guess an attempt to calculate the length of the total universe in one direction) ..to arrive at the same number... because that was the number they used to measure the observable universe.. hahahah

posted on Jul, 4 2016 @ 05:15 AM
link
a reply to: mOjOm
How does time change the location? It's the x, y and z that change, time is irrelevant in plotting coordinates. When time changes the coordinates change as u stated but you don't factor in time, you account for all known pulling/pushing forces to amend the coordinates.

Time is a other dimension and a concept that doesn't relate to celestial positions, unless you account the mass of the object as been time related

The difference between the concept of space and spacetime: 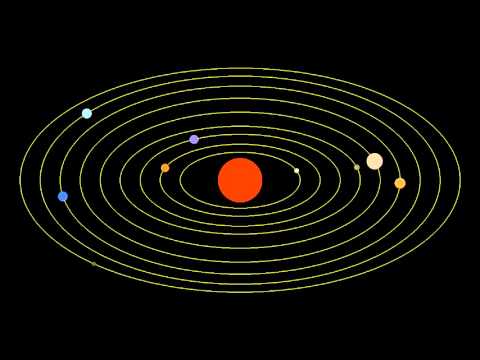 A location changes over time because everything is always in motion. We usually just ignore it though because when we talk about a location in normal life we don't account for the movement of the earth because we're on the earth too.

originally posted by: GemmyMcGemJew
a reply to: mOjOm
How does time change the location? It's the x, y and z that change, time is irrelevant in plotting coordinates. When time changes the coordinates change as u stated but you don't factor in time, you account for all known pulling/pushing forces to amend the coordinates.

Time is a other dimension and a concept that doesn't relate to celestial positions, unless you account the mass of the object as been time related

From earth, we want to get to the moon.

If you take a straight path to the moon, by the time you get there, it will be in a different position in space. Because it's orbiting us.

So inorder to accurately land on the surface of the moon, we need to:

Record the (X,Y,Z) position of the moon, at the time of recording (T).

Wait a little bit and record once more: (X1,Y1,Z1, T1) (because all variables in the equation will be different, including time.)

We can then compare (X,Y,Z) to (X1,Y1,Z1) (This gives us the position change since your last recording.) and take Delta T (The amount of time passed between recordings.) Inorder to plot FUTURE positions of the moon in spacetime, such as

posted on Jul, 4 2016 @ 10:02 AM
link
An excellent read is the book "The Science of Interstellar"
It really explains in layman's terms ( for the most part) how it all works:
Here is a link for some of the points discussed in the book.

I suggest you read this book if you are truly interested in space time. You can find the ebook on any torrent site...If your into that sort of thing.

originally posted by: AlongCamePaul
1. The 4th dimension (time) is completely a product of human consciousness and is a non constant in the universe.

So how did the universe manage to evolve for 13 billion years before humans showed up? Time measured by accurate clocks is not constant in different reference frames, that much is true, but the human perception of time is a totally different subject than the actual passage of time measured by precise clocks which aren't affected by human consciousness.

a reply to: DeadCat
That might work with a circular orbit, but I don't know of anything in our solar system with a perfectly circular orbit, all are at least somewhat elliptical, including the moon's orbit where the eccentricity is over 5%. The speed of an object in an elliptical orbit isn't constant, it speeds up and slows down, but your math seems to imply constant speed. So if you do what you said and the moon is speeding up, you'll arrive too far behind, and if the moon is slowing down, you'll arrive too far ahead.

You would have better accuracy using the math for elliptical orbits to figure out where the moon will be at some future point in time.

On is asking for info, the other is my theory putting it all together

Would'nt it be better to have that under 1 post? For those interested, they have to go back and forth.