To Be Subversive These Days, You Have To Be A Conservative


It never quite dawned on me until now.

I've always considered myself to be a Libertarian and a free speech fundamentalist, and over the course of my life I've protested against the Republicans, the Democrats, the G20, Big Pharma, Wall Street and Washington. This is the type of thinking that attracted me to sites like ATS, Infowars and Godlike Productions in the first place.

But the system has moved so far to the left that it's practically pushed my views into an area of thinking that is now considered right-leaning and "taboo", and to be honest it feels like the only ostracized people left are Conservatives and Christians.

I think nowadays to be on the fringe, to "ride the edge", to be a rebel, to fight the system... you have to be considered a Conservative.

I'm now going to post some highly controversial imagery just to give a big middle finger to the status quo. 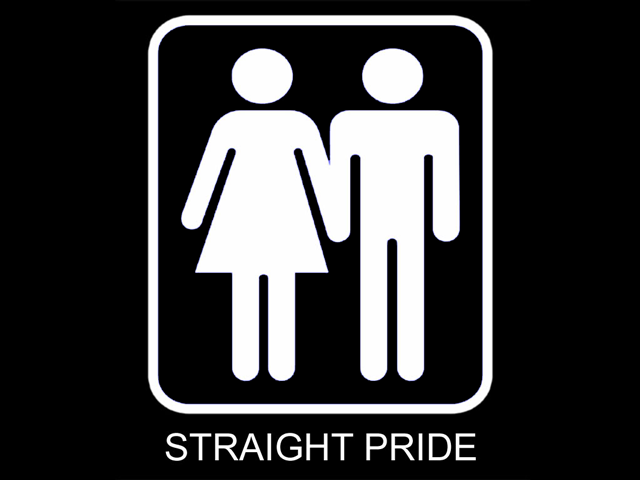 I have to hate you now and denounce you.

If I don't, I won't be able to get a job, get an education, buy a home or start a business.

posted on Jun, 27 2016 @ 04:55 PM
link
Not trying to pick on you, but i see politicians in north america say there either left or right but seem to float somewhere in the middle.

The left needs to push for gun restrictions and tell us how evil guns are to get the votes, even if a lot of liberals own themselves guns.

The right pushes against abortion and equal rights

But there both bought by the green bucks.

Democrats have turned into bigger peer-pressure conformist bullies than republicans ever were.

I have never voted for a single republican in my life but will vote Trump if the political elite allow democracy to work and he secures the nomination he earned.

Time to do away with both parties and start from scratch.

posted on Jun, 27 2016 @ 05:08 PM
link
Anyone that disagrees with WHAT the Peoples Republic of America has become.

Should rightfully now be called a dissident.

posted on Jun, 27 2016 @ 05:12 PM
link
I am also a libertarian. But I am less of one now. The economical, psychological, and sociological data in my opinion has swung so far into the conservatives favor I don't see how leftist can even attempt to claim they are the rational ones.

I don't understand why people are trying to destroy western civilization. The greatest civilization ever.
now I'll wait for some idiot to tell me how much wiser native americans were by having a 3rd gender.

Sanders and Trump are proof that there is a political revolution happening in America, I won't take 2 steps backwards by voting for the establishment again.

The system needs a shake up and lets be honest, how much power does the President really have? Trump and Sanders are more of a symbol for the growing dissatisfaction among the public for the political ruling class.

It was Irving Kristol who said new conservatives are liberals who were mugged by reality. I'm beginning to see his point.

Then again, everyone is conservative when it comes to what they believe. It was only a matter of time until liberalism had only conservatives to defend it from the cult of progress.

It's an interesting cycle.

posted on Jun, 27 2016 @ 05:33 PM
link
Exactly, being a traditionalist these days is the new "radical", like punks were back in the day. Amazing how the tables have turned.

Some of us go as far as rejecting the modern world entirely. We still have to live in it (even going "off grid" isn't enough to fully escape), but it doesn't mean that we aren't contemplating it's destruction every single day. Our philosophies are carefully tended refutations of everything that modernists stand for. With every new absurdity, our case is made just a bit stronger.

What's that saying... "You either die the hero, or live long enough to become the villain."

I think there is some truth in that.

posted on Jun, 27 2016 @ 05:42 PM
link
Ah yes, the big fear of the left (that barely exists in this country). Where is the left that's running the system again? Capitalism is in full swing (now more than ever). We're in constant profit-driven MIC-run (and secretly religious) war. The means of production have never been further than they are from being owned by the workers. Any little push for equal rights is fought tooth and nail.

The redefinition of "conservative" has become subversive because it has strayed even further to the right of where it was before. We're all pretty well aware that Reagan would be un-nominateable. But sure, there is nothing like a good-ole-fashion re-breanding as the 'underdog'. Pure media hype designed to rile up.

Christians and conservative capitalism still runs the show. Don't get your undies up in a bunch. It's now "punk" to be conservative?… give me a break.

How often do you leave your cave?

This isn't just about economics, by the way.

posted on Jun, 27 2016 @ 05:50 PM
link
Yeah but I'm left, believe in no money, banks, venus project type world, but not their arhitecture, not beehive. Like the variety of all the different homes on earth, from French Provencial farm houses, to old castles, (though think they should be half way houses for troubled youths or artistic retreats and be used in a vareity flexible ways, or even several large suites), AND clean advanced energy, no slaves, higher robotics coming out and able bodied without children, because you get stay home with kids, with or without a husband, maybe 2-4 days a week depending on your interest, of giving back, and re-education all the time, real education, space age education, real history, no lies, no elite, councils of citizens, AND EVERYONE LIVING IN ABUNDANCE.

Those who are younger without families may share longer shifts, if they're into science or medical or really fascinated by their work, but shift taking overall, 4 days on 4 days off and those with families reduced hours, so alot of time at home with your people.

And we have that tehcnology now including reverse sine and ways to heal all radiation and pollutants and most diseases.

THIS WORLD IS A CRIME. Its a crime to enslave anyone at all.

When the problems are solved you apply them, you don't keep smashing and grinding at stone wheels because this slavery is the way you were raised on you just can't shake the Rothschild/Rockerfeller programming.

BUT THIS HIJACKED LEFT IS SICKENING.

And it ends now!

By the way, OBAMA ISN'T LEFT. You guys don't have medical, you have a pay system, that can cost countless thousands each year and then you have to pay a sliding scale of your money, like windshield replacement in car insurance, also worth thousands.

THE REST OF THE WORLD HAS MEDICAL AND IT COSTS THEIR GOVERNMENTS LESS PER PERSON THAN YOUR PRIVATE CARE SYSTEM.

I was out swimming laps at the community pool earlier. I live in a major city with all kinds of different people. How about you? Get out and commune with the rest of our country much?
My post was also not just about economics.

It's the rise of the progressive mindset in education and media. The truth is the only speech that is censored on college campuses and social media nowadays is Libertarian and right-wing speech.

If you don't agree with these specific set of beliefs then you are a racist, bigot, misogynist, homophobe etc. and If you even try to step outside the box and criticize Islam, minorities, LGBT or feminists you are immediately shamed, bullied and more and more likely to be silenced.

This is the polarizing shift we are seeing in the political landscape. The left is now becoming the monster they have been fighting against for decades.

Politicians are going to politic. Clinton flops whichever way the wind is blowing, and Obama's political strategy was to build his entire platform on being the poster boy the liberal left.

posted on Jun, 27 2016 @ 06:12 PM
link
Radical in terms of being labeled subversive in your own country maybe...liberals are going one further on what traditionalists ever did. You'll get labeled a wackjob for simply eking out "don't you think this is going too far??"

posted on Jun, 27 2016 @ 06:14 PM
link
It's not particularly subversive to give yourself a designation selected from the predetermined parameters created and used by the system to propagate itself, you just end up justifying its existence.

Some would say it's the best anyone has..