European SUPERSTATE to be unveiled: EU nations 'to be morphed into one' post-Brexit

posted on Jun, 27 2016 @ 08:02 AM
link
Source (Express.co.uk)
Now this is an interesting development. Just days after the British vote out of the EU, a proposal is made to create a European "Super state"...whatever that means...

I just picked this up and am looking for more sources.

posted on Jun, 27 2016 @ 08:07 AM
link
a reply to: projectvxn
I think I would count the Express as an anti-EU source. It's always been a conservative/patriotic journal, contesting that ground with the Daily Mail.

P.S. And the article from the Telegraph is an opinion piece from one of the leaders of the Leave campaign. The Telegraph is the flagship newspaper of conservatism.

I can understand that it may be economically beneficial, but it also sounds too "one world government" for me.

Our species is tribal, not homogenous.

Just looking at our history, things like this never end well.

I'm surprised anyone thinks anything will come of this. This is an exercise. Blow off steam everyone, get it all out, then return to your homes.

Isn't that what the EU is already?

I suppose they can always make it more authoritarian with no local nation autonomy.
Interesting.

UK was the biggest block to that as we refused the Euro and dug our heels in as much as possible.

Sweden and Denmark I can see them being a challenge and they may leave like the UK.

Glad the UK is out of that mess.

You're second source is authored by Nigel Lawson. 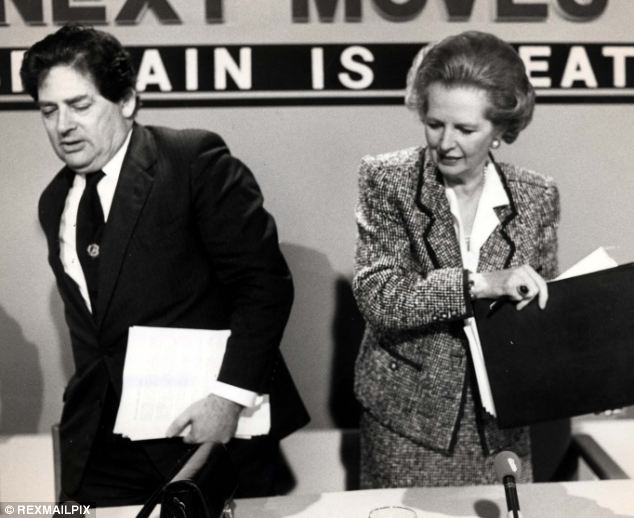 The EU already is a Superstate in all but name , they have a stated goal of "ever closer union" which we already have an opt out from.
Seems to me they're trying to lock other members in before the make a dash for it like we have.

posted on Jun, 27 2016 @ 08:17 AM
link
A paranoid person might wonder if the EU secretly backed the Brexit campaign in order to get rid of us.

Not that I'm complaining.

posted on Jun, 27 2016 @ 08:17 AM
link
I did read that the hiératique are making it fairly clear there will be no more (insertXIT) from other nations, I will try to find source.

Like most on here It does not surprise me and if the other nations stand for it more fall them, we are at a stage where information exchange is so easy and on so many platforms I would be surprised if the average person is not aware of where this may be heading..

I'm no expert on British media or even most European issues.

I focus mainly on US issues.

But when I see some obvious NWO type stuff come across my screen I have to at least share it with ATS, since there are folks here who are closer to this than I am.

Does that mean they're lying?

Although the Express has an agenda, anyone would have to be a fool to disregard this story.
It's been coming for so long.
Just like the EU army that pro union people pretend isn't gonna happen, there are quotes from all the big eu players saying it's what they want.

Good luck with that Europe, you'll need it.

originally posted by: berenike
A paranoid person might wonder if the EU secretly backed the Brexit campaign in order to get rid of us.

Not that I'm complaining.

On the BBC news channel yesterday, a French commentator said "Some French were grateful because it meant they could have a referendum, whilst lots were sipping Champagne at Breakfast because they have got rid of the irritant, that is the U.K"

posted on Jun, 27 2016 @ 08:34 AM
link
a reply to: projectvxn
No, not necessarily lying. The Express will probably be prone to believe the worst about the EU and put that spin on any information they've got. With that reservation, they may be on to something.
Nigel Lawson's article in the Telegraph is an opinion piece (published in May) about the general trend of EU plans. He won't be lying, but he isn't talking about the more specific story exposed by the Express and USAToday.

I added the short commentary and the image because, from a historical perspective, Lawson was not so keen on the EU as Thatcher, so it's no surprise about the second source. He never resigned though.

The EU referendum is a non-binding referendum. They asked the Dutch the same question (my country of residence) fairly recently. The Dutch people said "No!". Twice! Guess who's still in the EU...
edit on 27/6/16 by LightSpeedDriver because: Correction

Here's the deal. The best analysis I've heard concerning the EU and Brexit has been on CNBC and one prescient comment I heard was that Brexit, in terms of financial markets, means that the EU bonds and investment vehicles are no longer seen as a "safe haven" play. Thus, money, i.e., capital, are fleeing the EU zone in search of "safe haven" and their choice has been US Treasury bonds. The commenter also stated that after the smoke clears, (2 years out), because of UK stability and the strength of its "rule of law" and its financial sector, the UK will be viewed as a safe haven, whereas the EU will stagger on as a basket case.

The dreamers in Brussells and Berlin may dream about a super state, but really? Who can envision a successful "super state" with the PIGS in it? (Portugal, Italy, Greece and Spain). The real problem with the EU is a serious flaw in its financial set up. They have a European Central Bank, but no "Federal Reserve" and as a result, the member states can and do print out and issue forth their own bonds at whim. Its a debt bomb looking for a place to happen.

Well, kind of, except there is nothing "super" about Europe - it's falling apart already.
That unity was created to grind us into the dirt, with EU heels.
edit on 10 27 2013 by donktheclown because: (no reason given)