With the surprises Democrats put forth this week, it seems nobody really knows who stands for what.

We have Liz deciding to back Hillary.

We have Bernie deciding to "work with" (aka back) Hillary.

We have Obama deciding to endorse Hillary (even with the FBI investigations looming).

Can it get any more confusing?


What exactly made Liz and Bernie all-of-a-sudden come the Hillary corporate side of things ?

“I’m ready,” Warren told the Boston Globe. “I’m ready to jump in this fight and make sure that Hillary Clinton is the next president of the United States.”

Hmmmm…. Watch Elizabeth Warren in 2004 tell a story that reveals Hillary Clinton as nothing more than a crony capitalist and donor class puppet.

We think Elizabeth Warren had it right the first time.

Mrs.Clinton is for sale to Foreign Governments as well...

You know what they say, give money to Bill, get favors from Hill!

originally posted by: Sremmos80
Maybe an enemy of my enemy is my friend going on. They would rather sill Hillary win than Trump.

That is so true ! If Trump could do just 10% of what he says he wants to do there would be many crying because their lolly pops had been taken away. The big PTB machine is working overtime to try and maintain the status quo which Hillary represents.

Warren is 100% about the will and ability for Fed/TPTB is extract wealth from the middle class for a few decades now.

Each financial downturn is designed to repeat the sceme again and again...one is looming that will be the worst ever...as stock prices plummet.

Yes I know you all want to believe that, from the guy who lies constantly.

"I know Hillary and I think she’d make a great president or vice-president." 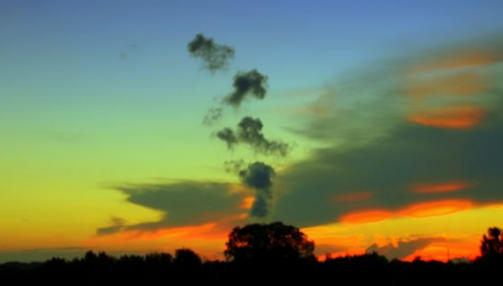 Why do you keep referring to Trump as a queen? Is there something wrong with women? Are you implying he's gay and therefore less than you?

posted on Jun, 12 2016 @ 12:16 AM
link
This is a no brainer
Clinton is a Corporate and Banking Globalist that attended many Bilderberg Meetings and kissed much "A" to get where she is
She will crap on this country to please her masters

Yep, and take note of the "Republicans" rushing to her side to keep the gravy train going
Not one iota of difference between Republicans and Democrats

Double Circus all the way.


Trump will be Obama 2.0
Clinton will be Women 1.0 modeled after Obama

Trump is a billionaire that wheels and deals with the scum at the top and knows how the game is played
He has the art of deception down to a T when dealing with these people, so it goes without saying he also playing with middle and lower class Americans that think he gives a crap about them

If Joe the Plumber or even a monkey was elected president, it would improve the economy because they would not be donating their time intentionally kissing corporate and banking lobbyists at the average Americans expense

Perhaps Warren and Hillary have some common ground...