Conservatives, bat-sh*t crazy Christians who deny the use of science are NOT psychotic? LMFAO!

Also most of us love science, its politically motivated scientists and their bought and paid for opinions that we don't like. 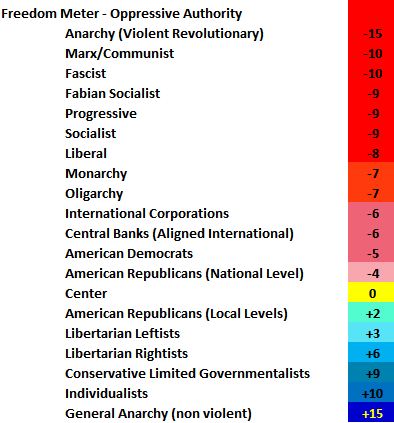 I consider myself a right-leaning Libertarian. All speech, on every side of the spectrum, should be expressed freely so the people can discern for themselves.

Understand the science of climate change.

Climate change is cyclical, it happens every few hundred/thousand years or so, for eons now.

Every time a volcano erupts (several times yearly) it spews more contaminant chemicals into the air than every thing people have done in human history.

Psychotic is agreeing to let someone force you to pay tax on it.

Who said anything about taxes?

I don't believe that science can determine that a political slant leads to psychosis. It is far more likely that irrespective of what one may believe about politics, some people are simply stupid wastes of space whose only contribution to society is to steal everyone's oxygen.

Might make sense since genuine Conservatives are all about less authority in government.

Really? Please tell us where all these "genuine conservatives" are and have been in modern history? The last politician who said that and possibly meant it was Barry Goldwater. Every single Republican President since has grown the government. In fact, I don't know if we've ever had a President that didn't.

That might be a fun thing to look into.

The one who uses every opportunity to excoriate the press that has been graciously shoving him and his team of surrogates in front of our faces for 10 months non-stop.

The one who says things like, "one of the things I'm going to do if I win... I'm going to open up our libel laws so when they write purposely negative and horrible and false articles, we can sue them and win lots of money." Firstly, Presidents don't "open up" laws so he's either promising overreach if not un-Constitutional, egregiously extralegal unilateral decision making or... he bribed his way through civics classes. Secondly, there are few things more important to democracy than freedom of the press which is why authoritarians have censors and state run media.

The one who says things like "We need surveillance. You need to deal with the mosques, whether you like it or not. We have to be smart, we have to be vigilant." "I mean these attacks aren't done by Swedish people. We have to be smart. We have to be vigilant. We have to watch very closely whats going on." That's Queen Trump saying that we need to put an entire religious group under surveillance which is in fact, a violation of millions of Americans' religious freedoms as well as their 4th Amendment protections against unjust search and seizure. Add to that the fact that he has openly called for legalizing torture because "they should be able to do whatever they have to do to get the information."

Now he's moved on to attacking judges who aren't ruling in his favor. Starting to see the trend here?

So why is it that all these authoritarianism hatin' conservatives are trying to elect Kim Jong Trump?

It's not just progress liberals like me saying this either, you might care to read Donald Trump's Authoritarian Fantasies at Reason.com:

This is more than a verbal tic. It's an argumentum ad verecundiam, an appeal to authority: Something is true because so-and-so says it is true. Most of the time people who employ this logical fallacy appeal to an external authority: a constitutional scholar, Wikipedia, the Bible.

Trump's authority is himself.

Indeed, that's probably part of Trump's appeal: He is the Strong Man who will Get Things Done. He is not going to be stopped by inconsequential obstacles like "political correctness" or the separation of powers—or the laws of physics—because he is so strong. As he put it in a recent email: "I am the strongest on the borders and I will build a wall, and it will be a real wall. I am the strongest on illegal immigration, strongest on ISIS, strongest on the military. ...."

One of the great ironies of Trump's success in the polls is that much of his support comes from people who profess to be angry over Barack Obama's serial offenses against the Constitution and limited government. It turns out that many of them positively relish the idea of someone who will go even further than Obama has.

posted on Jun, 12 2016 @ 03:39 AM
link
a reply to: xuenchen
"Science (read mental health employees) says liberals, not conservatives, are psychotic"

Absolutely no credibility!
(The proof is in the pudding!)
I smell a rat!

The following describes the absolute FOOLS who make these idiot pronouncements!

On Being Sane In Insane Places
psychrights.org...

From what I understand, the original paper was presented to show that conservatives were psychotic.

Some time later, after the peer reviewed rubber stamp of approval, the data was reexamined only to discover that the exact opposite was evident. Then a "minor" multiple page retraction was made.

What a bunch of psychos. I can't believe anybody would waste time and money trying to prove that their ideological opposition was psychotic, only to have the data show the opposite.

Too weird to be real life, but this seems to be a trend as of late.

This entire thread exists so that people on the Right can say everybody else but them is crazy and 'lesser'.

And then we have a bizarre infographic that says right-wing authoritarianism is more 'free' than socialist progressive liberalism?

Do people not understand what the words 'progressive' and 'liberal' mean?

Sorry, this thread is one of the more bizarre I've seen on this website lately. I feel like we're living in bizarroworld here.

posted on Jun, 12 2016 @ 06:07 AM
link
a reply to: Painterz
Maybe you have a different perspective here, but the paper originally stated that the right was psychotic.

Obviously! It does take science to see that liberals have become the very thing that they claim to hate. Riots, violence, name calling, racist, hatred....etc..
All politics have went to hell! I don't believe there is a sane person among the whole lot both liberal or conservative.

posted on Jun, 13 2016 @ 11:13 AM
link
These findings are correct. Everything I have observed - personally, through media, and on sites like this - corroborates. ATS actually makes a perfect case study. Who's always the first to get emotional? To be uncivil? To throw a tantrum? Which side jokes about murdering or muzzling its enemies rather than persuading them? Which side demonstrates a distrubing psychological tendency to brand its opponents as evil incarnate? It's always the left, and I challenge anyone who says otherwise put together a thread proving me wrong.


Not that anything can (or should) be done about it. People must be allowed to voice their ill-formed opinions and make fools of themselves. Even if the misguided indiviudal won't listen to reason, perhaps somone else will and can learn from the discussion.

originally posted by: Bobaganoosh
a reply to: Painterz
Maybe you have a different perspective here, but the paper originally stated that the right was psychotic.

They think rich people are out ta git em.

They think bankers are out ta git em.

They think gmo is going to turn them in to franken something or other.

They think guns are out to git em.

They think the planet is out ta git em.

Then there is their whole paranoid delusion that everyone is a 'racist' because they don't agree with their ideology.

Hmm, science also says global warming is real. And dont be silly, BOTH conservatives and liberals are psychotic. centrists are the only sane ones.

posted on Jun, 15 2016 @ 03:15 PM
link
I went and did something silly, I read the original article and traced the sources. It's a maze of misdirection. This article and it's claims are bunk. The original paper is fine.

First let's start with the fact that it's the New York Post. A sensationalist rag with incredibly low credibility. Given that the source of information has low credibility, it's claim may still may have merit, so let's forgive this and forge ahead.

The headline claims "Science says liberals, not conservatives, are psychotic". Okay, the first word is science. The linked article is from the "American Journal of Political Science", which technically has science but on the border line of soft science. Maybe they actually did some science in their study, so let's find the original. Oh, wait the link from the article doesn't go to the source, just the journal website. The journal is 6th ranked in it's category out of 951 related journals, so it's established credibility in academia.

This is what was refered to: onlinelibrary.wiley.com... Erratum to “Correlation not Causation:The Relationship between Personality Traits and Political Ideologies” American Journal of Political Science 56 (1), 34–51 Brad Verhulst,Lindon Eaves & Peter K. Hatemi

The article does apply statistics correctly and did do a valid study. However, from the original:

Eysenck's Psychoticism measure was poorly labeled. Hence, going forward, we use the less pejorative, abbreviated label P, which was also adopted by Eysenck. Having a high Psychoticism score is not a diagnosis of being clinically psychotic or psychopathic.

So, the use of the word "psychoticism" doesn't mean what it is associated with. It's a different definition, with a different meaning. So, this is the second misdirection. They also in the paper associate conservatives with "neuroticism". However, to trump this up would be just as misleading. The supplemental material describes further what they mean by "psychoticism"

Thus, it appears that P, as defined by the items in the scale, is a mixture of deference to authority and the rules and a desire for respect from others.

Diving deep into the methods, they use some very modern statistical technicals and provide strong statistical evidence, that several dimensions of personality correlate to liberal/conservative leanings. These correlations are from r=0.3 to around r=0.4. This is a weak to moderate relationship. So, while the relationship is shown it's not a strong one.

So, this whole thing should have been headlined:

The reporting by the Post is by all regards inflammatory misdirection, as they are well known for. 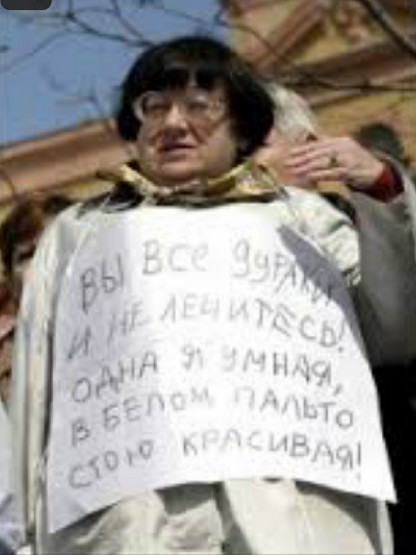 the most famous liberal nit Russia (already deceased) inscription: you all are fools and not treated. one I'm smart in a white coat standing beautiful . during the Soviet period was a patient in a mental hospital, while rampant democracy never left the TV and radio including radio Davidson, NY
edit on 15/6/16 by mangust69 because: (no reason given)