Latest Edition of Hillary Memoir Deletes Her Cheerleading for TPP

posted on Jun, 11 2016 @ 09:53 AM
link
Revisionist history in the making.
While I'm surprised the first edition of Hard Choices actually sold out...It's not surprising that she is deleting something she doesn't want the public to remember.

Crooked Hillary is not only a master at covering her a**...NOW she's covering her tracks. Knowing her character, hiding her true thoughts about anything is never a 'Hard Choice' where her quest for power and wealth is concerned.

There is nothing we can trust about this woman...including her own words. Like everything else surrounding her actions, if they get in the way of what she wants...she happily deletes them.

Hillary Clinton's 2014 memoir 'Hard Choices' is out in a new paperback edition – minus a detail that trade hawk Donald Trump might notice.

The original hardcover book included a discussion of Clinton's efforts as secretary of state to urge foreign coutries to join negotiations for the Trans-Pacific Partnership. That 12-nation Pacific rim agreement has become a political football, with the Obama administration cheerleading for its success and Trump rooting for its failure – and Clinton caught in the middle.

Her book's new paperback edition drops entirely the description of her work on the pro-TPP side during a 2009 conference in El Salvador.

'[W]e worked hard to improve and ratify trade agreements with Colombia and Panama and encouraged Canada and the group of countries that became known as the Pacific Alliance — Mexico, Colombia, Peru, and Chile — all open-market democracies driving toward a more prosperous future to join negotiations with Asian nations on TPP, the trans-Pacific trade agreement,' the book read in 2014.

Now the entire two-page section that described her advocacy for the TPP is gone, according to the Center for Economic and Policy Research. Instead there's a disclaimer on the copyright page noting that 'a limited number of sections' have been cut 'to accommodate a shorter length for this edition.'

In all 96 pages were eliminated, some of them in a way that changes Clinton's public positions just months before the presidential election.Clinton's position on TPP while she was secretary of state was in lockstep with Obama's, giving at least 45 speeches in which she expressed support for it, according to a tally compiled by CNN.

This seems to be her MO, she just deletes anything that
is not convenient for her now.

One of these days hopefully very soon...its its going to bite her.

There having so many problems that there getting rich by the day and hillary the lying witch will probably become the next president, thats just awful .


Oh, you hadn't heard? They merely removed those sections to shorten the overall length of the book! The less of Hillary's words one has to read, the better for their health!

No impropriety here! You are welcome for your duly corrected record.

It's Hillary's version of "The Bearstein Bears".

She never endorsed, supported TPP and you can't prove it!

Lying is not a new thing for politicians, we all know that candidates will not follow through on every promise they make. Sometimes they intentionally neglect to follow through, and sometimes they can't due to circumstance after being elected (for example, Obama closing Guantanamo. Nice idea but wasn't going to happen even if he actually wanted to).

However, Hillary is beyond just lying. All of her lies are out in the open. She is so confident in her ability to get away with anything that she doesn't bother to even fake some consistency. She is so desperate for power that she has no problem openly deceiving anyone that crosses her path and destroying anything that might stop her power grab. She got a little taste of power here and there, she enjoyed the bloodshed and destruction as secretary of state, and she wants more.

You can't support Hillary for her political stances, but no one knows what they are since they change so often. For the same reason, you can't support her on social issues. Still, no one knows what they are because they change so often. It's astounding that people are willing to vote for someone that they KNOW will be corrupt because all of the evidence is out in the open.
edit on 6/11/2016 by Pyrrho because: (no reason given)

Unlikely since witches melt in water. Well, unless it's one of those special SNL candygram landsharks, I don't see a shark in her future but I feel your emotion. 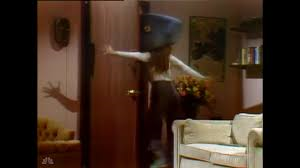 As a general rule, I never read books whose authors are politicians and political pundits.

posted on Jun, 11 2016 @ 12:40 PM
link
Has anyone looked into the possibility of Hillary being the anti-christ?Because if she wins it's the apocalypse for America.

originally posted by: TDawg61
Has anyone looked into the possibility of Hillary being the anti-christ?Because if she wins it's the apocalypse for America.

If she gets elected,...America gets eaten by the shark.

If Hillary gets elected, America will get eaten by a shark and the shreds left will be eaten by the school of piranha's in congress.

But if Trump gets elected, we'll still get devoured.

But it will be entertaining.