"Mexico is an imortant problem" she said.

On video, Hillary Clinton is speaking at a CFR conference.
Her on the record views can also be found on the Council on Foreign Relations
CFR site as linked below.

As a New York senator, Clinton's voting record on immigration has been mixed. In May of 2006, she voted in favor of the Senate Immigration Reform Bill (PDF), which allowed for the establishment of a guest-worker program, increased border security, including a virtual wall along the U.S.-Mexican border. That bill, which never made it into law, also established criminal penalties for immigrants who illegally enter the country and those who employ undocumented workers. Clinton voted for the Secure Fence Act of 2006 but against the separate amendment making English the country’s official language. That bill, which was largely viewed as an anti-immigrant action (Washington Times), eventually passed.
www.cfr.org...

More on her opposition to granting drivers licenses to illegal immigrants -

Although she initially said she supported a measure (BosGlobe) to grant driver's licenses to illegal immigrants, she said in November 2007 that she opposes the idea

By - The Washington Times
Sen. Hillary Rodham Clinton is staking out a position on illegal immigration that is more conservative than President Bush, a strategy that supporters and detractors alike see as a way for the New York Democrat to shake the “liberal” label and appeal to traditionally Republican states.

Mrs. Clinton — who is tagged as a liberal because of her plan for nationalized health care and various remarks during her husband’s presidency — is taking an increasingly vocal and hard-line stance on an issue that ranks among the highest concerns for voters, particularly Republicans.

“Bush has done everything he can to leave the doors wide open,” said Robert Kunst, president of HillaryNow.com, a group dedicated to drafting Mrs. Clinton to run for president. “Hillary is the only one taking a position on immigration. She will win that issue hands down.”
www.washingtontimes.com...

She wanted a wall too! Deport Illegals, No Drivers License!
No jobs!

Not sure, but her supporting comments are recorded on the CFR
website, and other news links which I have provided.

posted on Jun, 10 2016 @ 10:43 PM
link
...and there you have it. For those familiar with the CFR it's not shocking. People think that Hillary is any different than Trump have another thing coming. Also, feel free to believe that she won't flip flop, especially on the issue she agrees on now with Sanders.
edit on 10-6-2016 by dreamingawake because: (no reason given)

posted on Jun, 10 2016 @ 10:43 PM
link
The video lets us know, that they know what they are doing, They understand what is moving people to the western world and that it does pose a problem.
The chances unrelenting 3rd world immigration to the western world is a conspiracy...have increased.

Remember... it's only racist when Trump says it. 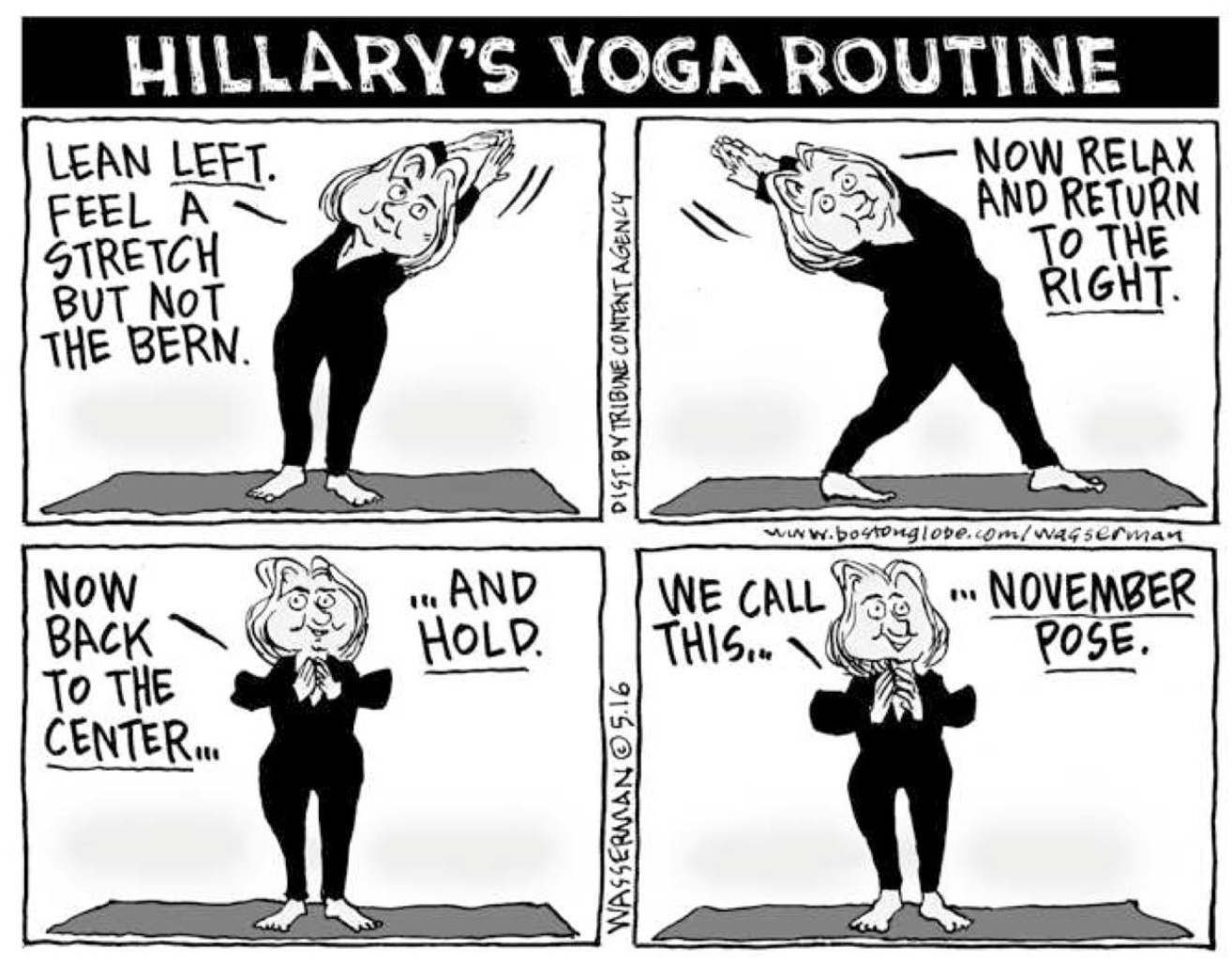 She could care less about any and everything else.

More proof Hillary and Trump are opposite sides of the same coin.

posted on Jun, 10 2016 @ 10:56 PM
link
I wonder how much the Clinton Foundation charges to have her go back to those positions?
Policy to the highest bidder.

I guess I should screen shot that, it might be
downranked to page 200.
edit on 10-6-2016 by burntheships because: (no reason given)

I guess I should screen shot that, it might be
downranked to page 200.

These topics get "watched".

originally posted by: Konduit
Hillary in 2006: US Needs “Physical Barrier” to Keep Mexicans Out

originally posted by: IAMTAT
Some big donations to the Clinton Foundation must've arrived since then.

To the tune of 20 million or so...
Funny thing, back in 07-08 she was already getting huge donations to the
Slush Fund aka Foundation from The Saudi's and foreign governments to
the tune of 25 million and more.

Poor folks they were.

Using specific words, and the archive feature, some can be found.

She is careful here to step around ...but she says the same things
as Trump.

This one is priceless.

Its almost verbatim to Trumps objections!

I thought she was against gay marriage as well.

So she's racist, AND a homophobe.