"There is no money. But be strong. All the best. Have a good day, and good health,"

posted on Jun, 8 2016 @ 06:43 PM
link
Now I had to chuckle at this statement to a Crimea pensioner by Mr Medvedev the Russian prime minister..


Dmitriy Medvedev's comments have once again caused much merriment on Russian social media. (You might also remember comments on his belief in Santa Claus. And that time during the 2014 state of the nation address when he was photographed sleeping as President Putin was talking.) Once again, the Russian prime minister's remarks caught on camera during a visit to annexed Crimea on 23 May have prompted several sarcastic memes. During a walkabout, Medvedev was confronted by a pensioner who complained about the government's failure to index pensions. The prime minister replied: "There is no money. But be strong. All the best. Have a good day, and good health," he added. Then he turned round and left. Since the incident, the video on YouTube has been watched over 3.5m times. The phrase itself immediately went viral, spawning dozens of memes on the Internet. 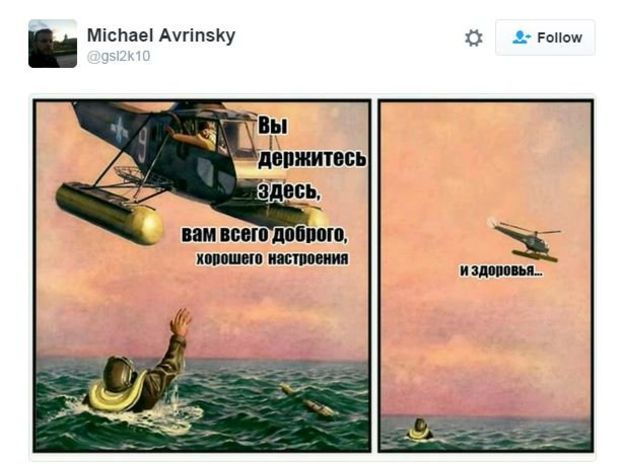