I figured I'd share my chicken coop, and chicken adventure with you guys. It'll help me with documenting it, and hopefully get some feedback from some of you more experienced chicken owners.

I've raised and butchered chickens before when I was little on the farm, and have helped a close buddy take care of his chickens for the last few years. So, I figured it was time to give it a go myself. Also, the gf and her mother were really wanting to get some as well, and had the perfect little old shed for it.

So, some weeks ago, we went and got us 4 Rhode Island Reds for egglayers. We decided on them mainly because they are good with humans (usually) and very winter hardy, which is needed in these parts. 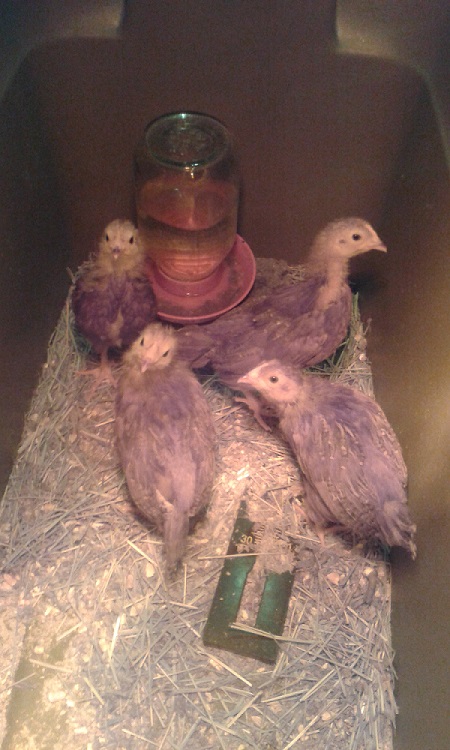 They're pretty well ready to get outside now, plus they're getting loud and annoying

I took the old metal doors off of this shed and added a wooden door with a window for view and air. The gf painted it after I taped up the design for her. (Bet you can't tell which state I'm in LoL) 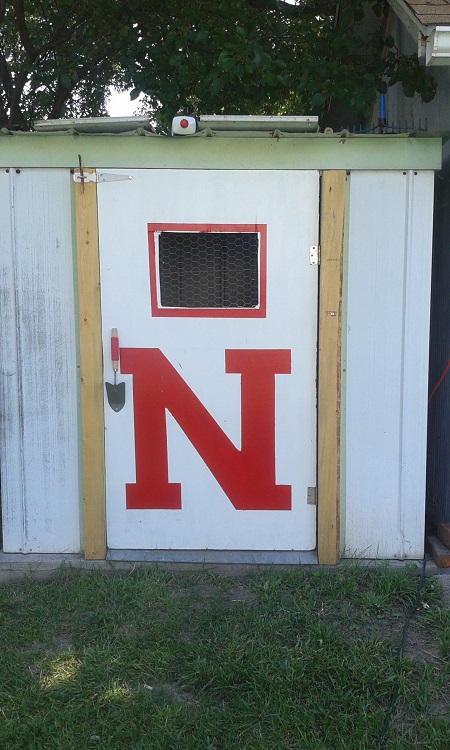 I will be working on the roosting area inside the shed today and hopefully get some pics up later.

I'll also be adding an outside pen for them as well in the coming weeks. I think we're just going to let them run around the backyard until then since they aren't very big yet.
For the outdoor pen, I have them placed under a mulberry tree, and have placed a rope light on the tree to attract bugs during the evening times. 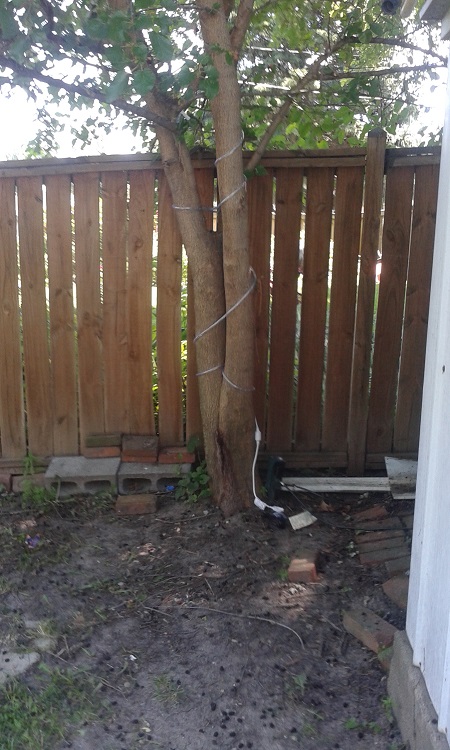 Well, hopefully this thread can bring you some kind of entertainment, and some of you have some advice for me.

posted on Jun, 7 2016 @ 02:00 PM
link
They will continue to roost in your shed but only if you close it at night. Otherwise they will start to roost in a tree. Also, I find that they love sprouted grains. Its really easy and very very good for them. Sprouting also cuts down on food costs, but 4 hens wont cost much anyway. For a special treat I give them super worms but they are really spendy, so I have started my own mill worm, and super worm colonies so I grow my own. They are super loaded with organic proteins and very very good for them. They are easy to grow too.

I enjoy my chickens, when you call them they come running. and they are cheep entertainment, I have turkeys too. Buff Orpingtons, and Bard Rocks for the chickens and Bourbon Red Heritage Turkeys.

Most people do not know that they are allowed to keep a few hens even in the city. Roosters are outlawed, but hens are fine.

posted on Jun, 7 2016 @ 02:17 PM
link
Lol yes, you are in for some laughs. Ill add two things here for you. One, Id be very careful letting them run around free at this size, only because of predators. They would be easy picking for a hawk and other such birds. When they are grown they will be too heavy by then and safer too run around.

Our chickens have free range of our yard. We do have a automated door on the coop and is solar powered, or I mean it opens and closes with a certain amount of light. At night it shuts once, then opens again in case anyone is late, but the chickens are usually in and settled before it closes the first time. Then it opens again at sunrise. So, it is basically like a automated doggie door for chickens! Makes life a lot easier not having to worry about the detail of rounding them up at night or letting them out in the morning.

We raised ours from chicks too. Obviously my chickens are pretty friendly as you can see below. They would walk right on in if I let them. They are just letting me know it is time for their treats. We have ducks as well and actually 11 ducklings now also swimming in the pond.

We also have one that lays green eggs. Good luck 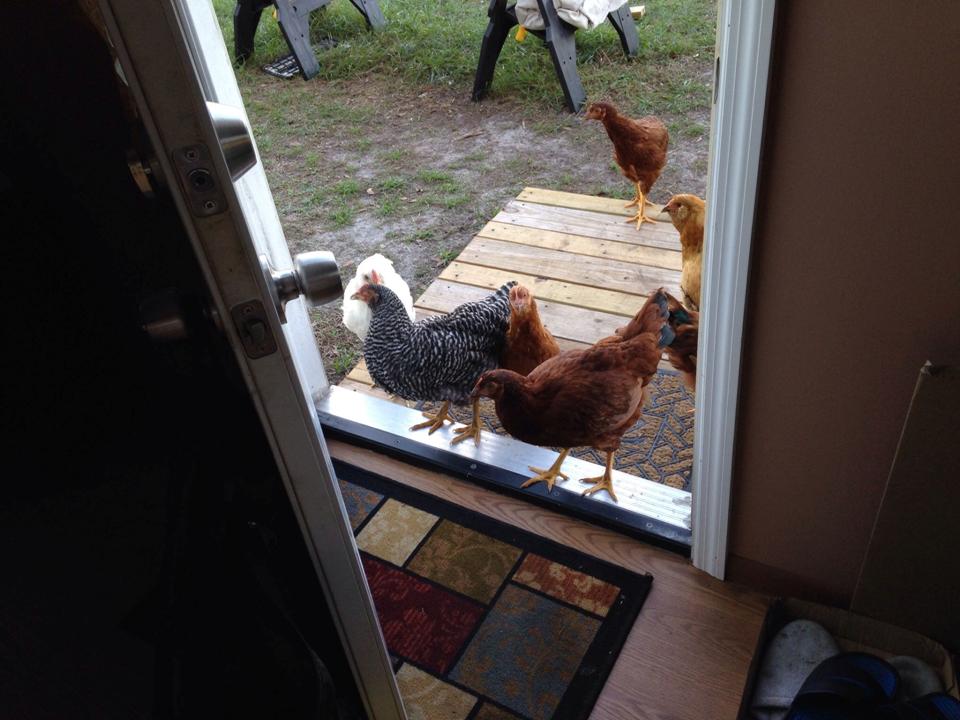 It looks like you have a fenced in yard, which is great. We lost 15 last year, with a 3 foot fence, to a neighbors dog, and we are out in the county.

We now have a monster run, surrounded by 5 foot dog fence. Our night coop is actually inside a pole barn, for added security, and I don't let them outside once the snow flies, so they will lay all year.
The babies won't be able to go with our adults for another month and a half though.
And I still want more.


Are you limited in the number you can have?

posted on Jun, 7 2016 @ 03:35 PM
link
Well, here's the gist of the inside layout. I'm going to be adding an automatic pvc feeder through the side,(just not sure what design yet) and hanging a bucket with the chicken nipples so they can't dirty their water so much. 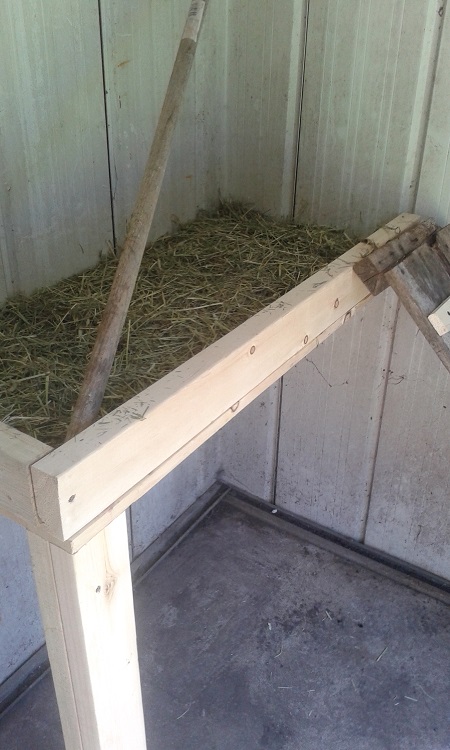 My only concern atm is the angle of the ramp. I don't know if it's going to be too much for em at this stage, but they'll be fine with it once they get a little bigger Im sure. 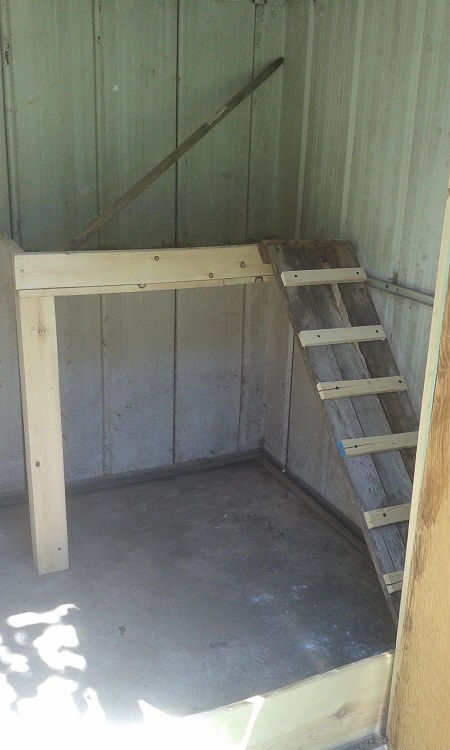 Wow, you have quite a few bird friends.

I like the mill worm idea, I was doing something similar with crickets awhile back.

Yes, we're allowed 6 hens in town now due to a new city ordinance passed just a few years ago.

Also, we don't have any trees but the one, so i don't imagine they'll be roosting in it anytime soon, they're a lil too little to get up there. Nor do we let them run around the yard unless someone is out there.

You got some pretty birds too.

Yea, we have a chain link around the majority of the yard and a privacy fence on one side.

We don't really let em run out by themselves yet because of their sie and because we're still trying to let the dog get used to em.

We are allowed 6 hens in town. No roosters.

posted on Jun, 7 2016 @ 07:26 PM
link
Well, the weathers nice and they seem to be enjoying themselves with all the extra room 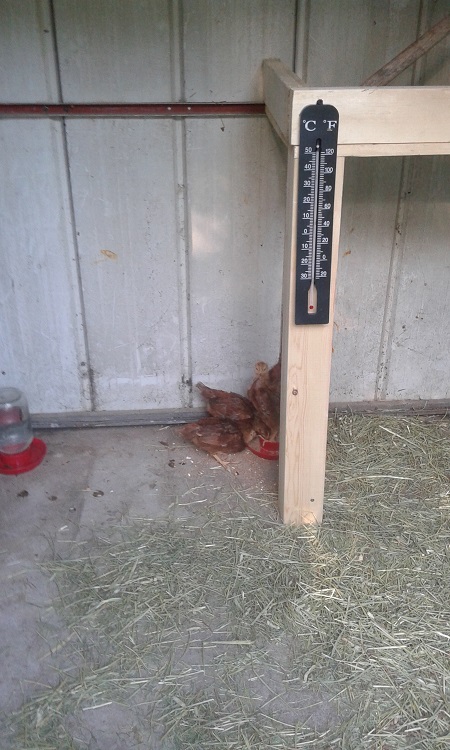 Oh, and here's Fanny (Phantom). She didn't want to be left out. She's got new sheep to watch over now. 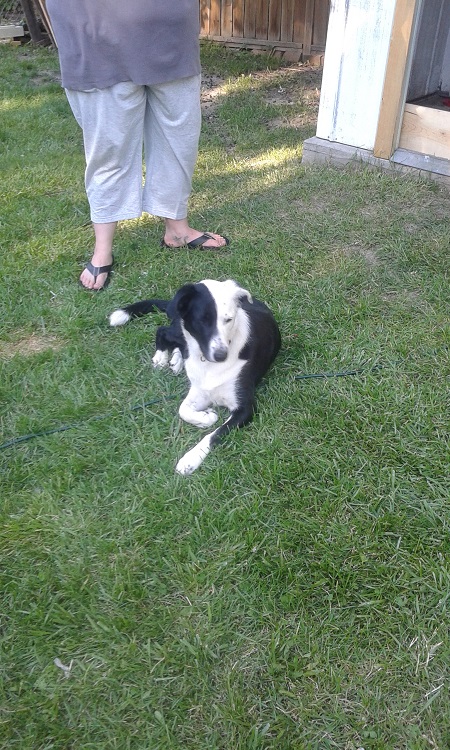 Thanks for joining my thread though, everyone that's contributed!

If you give them a roost for nighttime, use a 2"x4" with the 4" side as the roost. That way they can completely cover their feet, and you don't have to worry about frostbite.
And you can put Vaseline on their combs to protect from frostbite as well.


BTW, beautiful dog! I don't trust my boxer not to try to eat them. My bulldog is scared of the rooster and the ducks, so I don't worry about him.
edit on 8-6-2016 by chiefsmom because: addition

I live in California so Ive never dealt with cold weather for my chickens. But, the weather is so crazy, I might be trying the vaseline before long.

A lot of people think you have to have a rooster for your hens to lay eggs. lol