I think mining across the globe is struggling. If its not the market crashing, its the government trying to get their piece of the pie.

The aerial surveying is done with one of my UAV's (Drones)
It takes geo-referenced pictures that i later upload into a photogrammetry software that turns the images into 3D models.
Thanks for the boost of confidence on my art!
And absolutely, when i get home on Thursday i will take some pictures of the fairy house to share with you all.

How long have you been in the IT field?


Wow...i love it here already. Such a break from the regular doom and gloom!

As long as its for legal reasons hahah 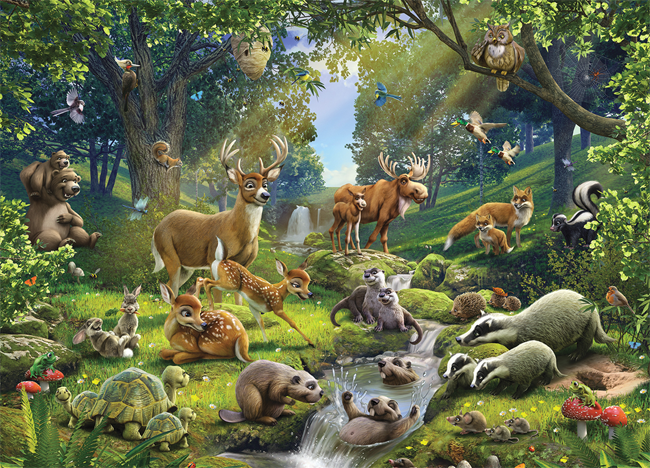 join the menagerie.
a reply to: jukejuke
Was there a door that just appeared in front of you?
have fun

Drones fascinate me. Amazon prime was testing drones to deliver packages. I think the FAA has stopped it right now. Your work sounds interesting.

(Bye guys. We're off to see a Wizard for the next month. Will try to grab a peek on occasion.)

Thats right. Amazon did have to stop testing in the USA. Canada has a more relaxed approached. We still need certifications and some other creds once you go commercial with your drones. But nothing near as complicated as what the FAA has imposed on commercial drone companies.

Because of that, Amazon purchased a test facility and is now up here in Canada tweaking the drone delivery system.

I will talk to you all shortly

I love that about Canada. I am happy Amazon is there testing. It will be a great way to get a needed item right away. They need a drone that honks and says here is your item. Or a long arm to ring the doorbell lol.

I can't see your avatar very well other than it is nice. Poor eye sight sorry.

So you wife would be MacFairy?
Please have a pleasant day with your toys. Drones are like grown up toys.
Do you build them your self.

posted on Jun, 14 2016 @ 08:25 AM
link
a reply to: Macenroe82
I started in IT 17 years ago although I started playing back in the day when the internet was still DOS mode, oh-oh, telling my age. LOL! Drones have made so many things possible. My dad is currently playing with AI drones to help search and find lost miners in the case of collapse. Awesome, I can’t wait to see her fairy house!!! Many others here will be excited also!!

a reply to: WalkInSilence
WIS that picture is adorable!!! I love how the animals are smiling!

a reply to: Quantum12
You need to go buy you one. I am awful at flying my quad chopper but I still think it’s fun (the cats hate it! LOL)

Lol, I think I would fly mine right into the ocean.

posted on Jun, 14 2016 @ 09:31 AM
link
PREVIOUSLY:
...The blob's screams rose and fell with each droplet, and the whisky rain took it's devastating toll as the massive blob melted before his eyes and dissolved into one single dirty puddle on the floor.


The Big fella slipped his Sword back into it's scabbard, stepped over the "muddy puddle" left by the mysterious Blob, and made his way around the plinths and back over to the smooth wall.
This was where he had managed to find a raised lump in the wall's surface, which seemed to control the lights and weird noises from earlier.
He closely examined the lump on the wall, but it was completely featureless. Smooth surfaced, the same material as.... everything in the room really!
He placed his hand on it, and immediately the "mwahhaaaooo" sound started again... he pressed hard, but it made no difference, so he twisted his wrist to the left.... and.... The sound stopped!
But the lights went out and he was once more plunged into total darkness.
He quickly jerked his wrist around to the right and, not only did the lights come back on, but the further right he went, the more white and less blue they went!
Next, he tried tapping the lump - once at first, then twice.. and WHOOSH! A door swiftly slid open right next to the lump!

He peered out into the dimly lit corridor, then tried turning his hand on the lump again.... and he somehow managed to dim the lights in the room down to a dull, dark blue this time.
Now, it was much easier to see into the area outside the room. It looked like a corridor of sorts, again made of the same smooth metallic material which covered the room.
The walls were featureless, apart from the same kind of "lumps" as he'd just used, which were evenly spaced along the length of the corridor, maybe 20 feet apart?

Gordi stepped out into the corridor and decided to head down to the right... after about 80 feet or so, the corridor made a sharp left turn, and on looking around the corner he could see that the same featureless passage continued on into the distance there.
A curious smell met his nose, something that he'd never encountered before... like... turpentine or creosote, tar and raw alcoholic spirits? and there was the faintest whisper of a bubbling sound farther ahead...

He eased himself quietly down towards the noise and the smells grew stronger, more pungent... and suddenly WHOOSH!

Right beside him a door slid open and a tiny ball of green fur no bigger than a rabbit, came rolling out and passed between his legs! before trundling off down the way he had just come.
Gordi took a deep breath and stepped forward to look into the open chamber by his side... it too was dimly lit... and it took a second for his eyes to properly adjust, but there... on a larger version of the plinth he had just found himself on... was his old pal Sporky!

Wow! THAT IS AWESOME! I am also putting together a prototype that will follow an invisible pre-programmed line underground.
The idea is that my UAV will be able to share the same location frequency that are in our underground mining lamps. Each miner has a lamp, and in that lamp is a locator.
I want my drone to be able to pick up that frequency and essentially seek out the location of the transmission.

Its truly amazing how small the mining community is. Ive been to armpits of the world and run into people ive worked with on previous contracts. I remember one time i got off the float plane in Cambridge Bay Nunavut and the first person i saw was a guy i worked with 7 years before hand.

I am really interested in learning about how your father is working on this project.
You wouldnt be willing to pass on my email address to him would you

a reply to: TNMockingbird
Thanks sweetie, I am back to the living. LOL How are you? Are you ready to hit 90s today? I am!!!!!!

Glad you are feeling better!

Everyone is complaining and I remind them of how they complain when it's cold...um...

There was a meme going around in the winter that said something to the effect of 'the first person to complain about the heat is getting throat punched!'

Hope you enjoy your time here. The people are fantastic and I mean that in all sincerity!


Macenroe, your wife's project sounds so neat and I would love to see photos if possible when complete!

Welcome to both of you!

posted on Jun, 14 2016 @ 09:43 AM
link
a reply to: Gordi The Drummer
Gordi!!! I thought I saw Spoky roaming around! So good to see you and your storyline back!! Man, I have GOT to work on my story….I’m loving yours (I can’t believe you wasted whisky!!!) I can’t wait to see what’s happening

a reply to: Macenroe82
Wouldn't it be neat if you guys had already met? Yes, the mining community is VERY small.
Synfluent
I don't know how up-to-date this is. I will speak with him about sharing his information...I just don't want to give it out without asking first. 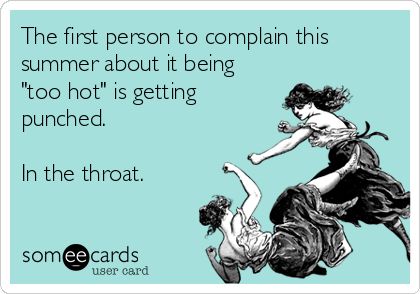 Can't wait to find out!

originally posted by: Martin75
a reply to: Gordi The Drummer
Gordi!!! I thought I saw Spoky roaming around! So good to see you and your storyline back!! Man, I have GOT to work on my story….I’m loving yours (I can’t believe you wasted whisky!!!) I can’t wait to see what’s happening...


Hi Jessie!
Me Neither! (I haven't a clue where I'm going with this one!!! ROFL)
I should maybe have sucked up the muddy puddle with a straw to get the Whisky back!!! hehe