I'll post a story for you soon! Well, not soon-soon, I have to pick my son up from daycare shortly, but soon-ish like a few hours from now or something! lol.. and I still have to finish the snow elf story Night and I were talking about... I've been a bit distracted today.. doing some sleuthing and investigating like a good little ATS'er. *shifty eyes*

Loved your sweet poem Chirp, and the magical pic too!


I'm replying backwards up the page.

I'm only a newer member

One of the finest!

edit on 7-6-2016 by TNMockingbird because: Still suck at quotes! LOL

All their (Luca Turilli and Rhapsody [of fire]) music is just like that, fantasy themed here:

Syx'll dig that one I'd wager.

WOW that pic is so enchanting, so beautiful!!! Grabs a donut or two or three.

Nice to meet you..i have read your stories and they are great....cant wait to read more...


The following is not part of the story. Just a little entry tale, to enter the new Shed!

However in the far distance, there seems to some turbulent clouds brewing up something. Thunder can be heard, softly at this point.

The sounds of thunder grow louder as lightening flashes across the sky! The cloudy system is heading towards them very fast now! Syx wonders if they should land and take cover.

Well it seems that Storm heard Syx's thoughts and said, "Syx! We will not land! Where is Your sense of adventure?"

"Storm My sense of adventure is but a short distance from Us now!" Syx said as he looked at Storm with wide eyes! He finished with."Ok then! Onward We shall fly!!"

The Two Dragons dove into the stormy clouds with lightening flashing all around them! The winds were Fierce and blowing in all directions! They found it very difficult to fly at all!

All of a sudden the clouds began to swirl just before them. There was now an opening in the middle of the ferocious storm!

"Storm! Look there at that opening! Let's head right for it!" Syx hollered above the noise of loud crashing and cracking of lightening and thunder...

They aimed right in the center of the opening. And just as fast as they entered, they were now in calm skies with the storm barely to be seen! 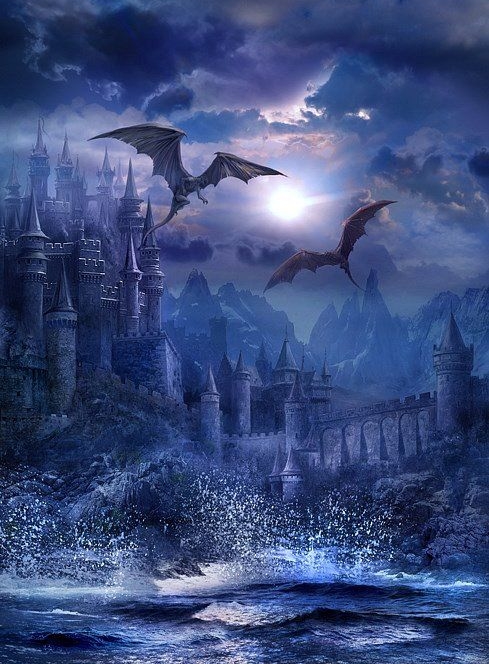 "This is not Accasia?!" Syx said in wonder.

"I believe it is Syx!" Storm answered back. "Look there! It is the Shed!!"

The two Dragons angled down towards the Sedd! It sat on new land!


Hello Fellow Shedlandians! I found the New Shed!!
edit on 7-6-2016 by SyxPak because: (no reason given)

*Stocks up on torches and trail rations*

Oh, and a 10' pole to check the swampy areas the DM tries to trick us with!

wow great one...man its getting so bad i cant even be in my own room with out leaving wow...now on to the story as it will be your toes I CHOMP ON FIRST...lol...

thanks hun...Just not sure how long i will stay just so you know ok...love ya toooo...

A fitting prelude for the Shed to come. I need to get in my study and do some writing...

i did an edit to my first post its a STAB with my horn or I CHOMP..its all depends on what i am at the time..lol..

LOL CC! Yah being in The SHed has its magical way of doing that right?! LOL!!!

posted on Jun, 7 2016 @ 12:18 AM
link
Caglio, why have I never heard of that band? My Husband can play guitar like that! I'll have to let him listen tomorrow. That is some awesome music! Love your study by the way!!!

Oooooh, Quantum, you are going to be so broke when we are through with that card.

CC, ya should have had the booze! LOL

Chirp is right Kaelci, old or new, you are one of the finest!

Syx, that was one of the grandest entrances ever!!!!!!!!! OMG! Breath taking! The lightening had me mesmerized and I stand in awe of our dragons! I must steal those pics! LOL

We can't have a Shed without the mighty Dragon Lord!

Where is our Wolf Lord?

A shout out to missing members and any new one's who might want to join in the enchantment in the Realm Of The Shedlands. I stole that from Kaelci, Realm of The Shedlands.
edit on 7-6-2016 by Night Star because: (no reason given)