Dear Regressive Left SJW's - A Message From The USA

page: 1
58
<<   2  3  4 >>
log in
join
share:
Winstonian
+55 more
posted on Jun, 6 2016 @ 10:14 PM
link
Let me explain something to you and the rest of the SJW crowd. LET THIS SINK IN.You may have been brainwashed into this whole race/gender/sexuality/SJW game. I don't know if you got it from your early years in school, from college, from the zombie tube, or from your politicians. Regardless of where you got it from, there is a massive portion of our population that did not buy into it. The majority of these people are normal everyday Americans of all walks of life, all races, all income levels. These are mostly good people that care about their fellow American. These are sensible people that use logic and reason in their everyday lives. These are people that do not let their emotions run their entire lives. This group of people, which is the large majority of this country, have not bought into this BS PC SJW garbage that you people like to push.

I am sure I missed a few, but you get my point. These buzzwords that you guys like to use worked in the past. The general public didn't even know about a lot of them. They may have worked in the recent past. They still do work within your little social justice warrior bubble. I have to admit, it was a clever tactic. It was so clever that it actually won you a lot of battles. You were taking advantage of the inherent kindness that can be found within the human race. You were taking advantage of the white guilt that you shoved down our throats. It was a nice little charade. It did change things in your favor. We still see corporations apologizing when someone uses one of these words and whine. (the X-men violence against women crap that just happened.) The rest of us, however, have caught onto your nonsense. This little game that you play with words is over.

You messed up. You let the stupid leftist media jump onto this nonsense bandwagon. The media started using buzzwords. College kids started acting like little goose stepping authoritarians. There are pages and pages of news articles bashing Trump for racism. DEMANDING that people jump when they said how high. DEMANDING that companies take down ads of thin and fit women. DEMANDING that we treat people of color and women as more than equals, as an act of "repayment" for the sins of the past. DEMANDING money, resources, and other concessions that did not and do not belong to you.

The jig is up. It is so up in fact, that it is now blowing up all over your SJW faces. You took it too far, shoved us to fast, DEMANDED too much. You expected that every time someone said the word "racist" in any context, that we ACT immediately. If people did not bow to your cry-bullying, you block traffic, block doorways, assault, destroy, spit, scream, yell, throw tantrums. File harassment claims.You would manufacture things for people to be "outraged" by. You would gather mobs of people to harass and bully looking to ruin peoples lives. Getting people fired from their jobs because you deemed them to be one of these buzz words.

I love to break it to you, BUT YOU LOST. You have woken up the sleeping giant. People are sick of being bashed non-stop. Normal everyday Americans have had enough. How did you lose, you ask? DONALD TRUMP. That's the grand finale to your race-baiting regressive agenda. You did not only lose but you LOST HARD. You can't get away with your crap anymore, and so now it is time to lash out violently. It isn't enough to snatch a microphone out of a speakers hand. It isn't enough for you to block a doorway. No, you have no other options but to turn to violence. Punching innocent people in the face. Spitting on normal, nice people. Destroying property.

I am sure the violence will escalate. I am sure that people will die at the hands of your creation. You have run out of options. No one is buying into this garbage anymore. We have had it, and it will not work anymore. You will continue turning to violence, but it will be to no avail. You have already lost. We can see this every day now. Every new Trump supporter that comes out of the woodwork is the evidence. Every time you see Trump's face, just remember, YOU created this. Your anti-American anti-freedom behavior has cost you A LOT. It has lost you the control that you had. It has lost you the power of words that you abused. Keep trying, I know you will. I know that EVERYDAY the media,ATS,politicians,and every other public form of communication will be littered with your filthy manipulative buzz words. You go on ahead, because your words are MEANINGLESS. Pick one of your magic words, post another article about how racist everyone is. Tell us more about how Trump is a _________.
It won't work.

You lost. And I am voting for Trump because of you.

edit on 6-6-2016 by EmmanuelGoldstein because: (no reason given)

You're the USA? Whoa, that must be demanding.

IridiumFlareMadness
+21 more
posted on Jun, 6 2016 @ 10:40 PM
link
Hear, hear!
I once considered myself liberal, but then I woke up when I saw the true colors of the modern "Social Justice Warrior". They are truly regressive, and the epitome of what they say they're against.

And folks, dawn is coming.

Remember that they decide the election as well. Not us.

originally posted by: khnum
at least you have a Donald Trump to middle finger these people with in my country we dont and we need an enema for the system badly.

Oh no, you edited your post. I was looking forward to hearing more about the tranny mafia types. How do you know about these groups?

I edited it before I derailed the thread


Put me on your list! I don't want to listen to you whine anymore. What are you going to do when Trump bails on you before the convention.
btw, I don't care if you interact with me or not....We still have free speech and I'm gonna express myself any ****in way I please. You appear to me to be the crybaby.
edit on 6-6-2016 by olaru12 because: (no reason given) 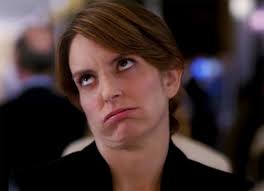 Take this with a grain of salt but the best way to deal with mealy SJW's is to simply not care about them.

My suggestion is to allow people to be people. Place no one above anyone else.

And if anyone does think they're better than you simply for being different?

Kick them in the nuts.

Nice job. This was actually a direct response to the Trump thread you just posted. Way to go! I actually started typing this on your bleeding heart white guilt laden thread, but I figured it was too important to have it buried in your trash race baiting thread.

I don't even like Trump, I just dislike you people so much that I would vote for him just to give you the bird.

Call me one of your little names! Can I pick one for you. Some kind of ism or ist that you can abuse?

The best part of my thread, is pointing out how you nasty people abuse the good natured people of this country for your own satisfaction. Kick rocks.

Blah blah blah. I know a lot more dumbass conservatives who say "SJW" than I know "liberals" actually using the buzzwords that have you in such consternation.

Normal everyday Americans have had enough. How did you lose, you ask? DONALD TRUMP. That's the grand finale to your race-baiting regressive agenda. You did not only lose but you LOST HARD. You can't get away with your crap anymore, and so now it is time to lash out violently.

Ah, the self-righteous indignation of the authoritarian. What you're really saying is:

How do you not get that you're the regressive? You want to roll back progress.

THAT IS BY DEFINITION 'REGRESSIVE'

How do you not see that you're an authoritarian? Here's the crap you are saying:

"How did you lose, you ask? DONALD TRUMP. That's the grand finale to your race-baiting regressive agenda. You did not only lose but you LOST HARD. You can't get away with your crap anymore, and so now it is time to lash out violently."

There's no other way to interpret this. It's time to "lash out violently" and "[Donald Trump] is the grand finale?" How isn't that electing a person you hope will be a dictator, suppressing the rights of groups that you hate?

Disgusting. Shame on you. While you may not be as bad as these violent protesters in your actions thus far, your thinking is even worse and you're hoping that the act of voting for Donald Trump is going to aid the rise of an authoritarian regime to "lash out" at your perceived enemies — over buzzwords that you probably don't even hear in your daily life anyway but somehow have you frothing at the mouth — and that's worse.
edit on 2016-6-7 by theantediluvian because: (no reason given)