I still think we need "XY" and "XX" labels

Well, yeah, but they don't want a common sense solution they want acceptance. While their rights are protected their acceptance by others isn't.

originally posted by: deadlyhope
Chromosomes don't have opinions, or feelings, they won't take offense at being labeled. Only 1 in 1,666 are born as not XX and not XY

so anyone with sex chromosome abnormalities like missing or extra x(s) or y(s) are out of luck. why do you need color in a world of black and white. does loving your fellow man only applies if your genes are pure and you believe that crap in a book?

wish i could see the world in a generation or three when that book is just a footnote of crazy times.

maybe watch gattaca again.
edit on 6/6/2016 by Bramble Iceshimmer because: (no reason given)

My original post said we need to work with those that have abnormalities, but it's only 1 in 1666, probably less are seeking help, but I don't have that data.

Again, I feel for those people and think they need help - even if taxes covered psychiatry and other things, it would only be 1 in several thousand people which were actually given a rough circumstance, at no fault of their own.

Right, some will come here and think I'm hateful, or bashing on someone.

The conservatives up in arms about this bathroom nonsense are all for Big Brother when it suits them and their agenda.

It's an either/or and black/white thing. I mean, isn't that how you conservatives view the world?

Either you are for Big Brother intruding into your lives or you aren't -- stop picking and choosing.

No, it would not clear things up.

How would you react if this person went into the women's room right behind your daughter? 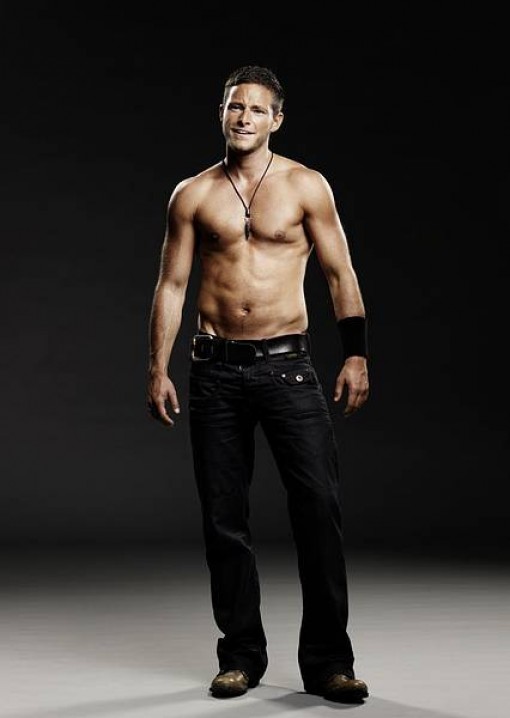 He's got the right chromosomes for the women's room... and he likes girls.

As far as I can tell a lot of trans people can't stand the national conversation about it.

Even the gay community isn't interested for the most part.

The world and universe are literally binary.

Don't you liberals just want to police our language and dictate how we think?

This is a terrible argument. No one is questioning his chromosomes, even if they are xx - he's taken every effort to look like societies standard of xy. you're the one saying all people that look like him, regardless of born gender, should be able to use the little girls room.

So what about the people with XXY, XX/XY, XXXY, and other intersex variations? Your understanding of both biological sex and gender is simplistic and juvenile.

No, it's the conservatives making a big deal. These non-discrimination laws passed quietly in 18 states and over 200 cities nationwide years ago without so much as a whisper about it in the media. As soon as a city in a conservative state tries to pass it, you'd think the world was gonna end. "Think of the wemmin and chillens!"


Bathrooms are labeled accordingly as well - No one is being discriminated against at all. You can't "Feel" like your chromosomes are different than they are.

Just to be clear you think you should be allowed to use the same bathroom as these girls? (If you are a guy) 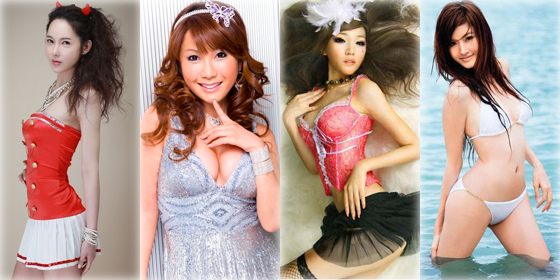 Why is it again they can't use the bathrooms with the gender they look, feel, act, identify and associate with again?

The reality is, is that they have been, for quite awhile now. Ever since hormonal replacement/therapy came out, many trans people have gone unnoticed in the world. Yes there are some outliers that don't transition well, and they are probably the ones that receive the most discrimination.

But the laws are being pushed to protect the outliers. Because many people in the same situation get by, but if they had to wear their secret as a scarlet letter they'd be just as stigmatized. You can see it by peoples' unwillingness to accept the largely symbolic efforts of regulation.

There are plenty of XX and XY people who use their designated bathrooms and might be presumed to be the other gender. They aren't trans, they aren't gay, they aren't anything.

There's a very popular and mildly internet-famous do-it-yourself/stepford-housewife/TimBurtonEsque-Artist on social media, who constantly gets called out as being trans. I think out of blind jealousy. Here's her Flicr stream. She's doing a cookbook right now, but cooks up brilliant food art, clothing, Tim Burton-style photography sets, etc

And some jealous people accuse her of being tran. The same might point at her in the bathroom. The same people might discriminate against her even though she isn't.

And the same people might walk by this girl: 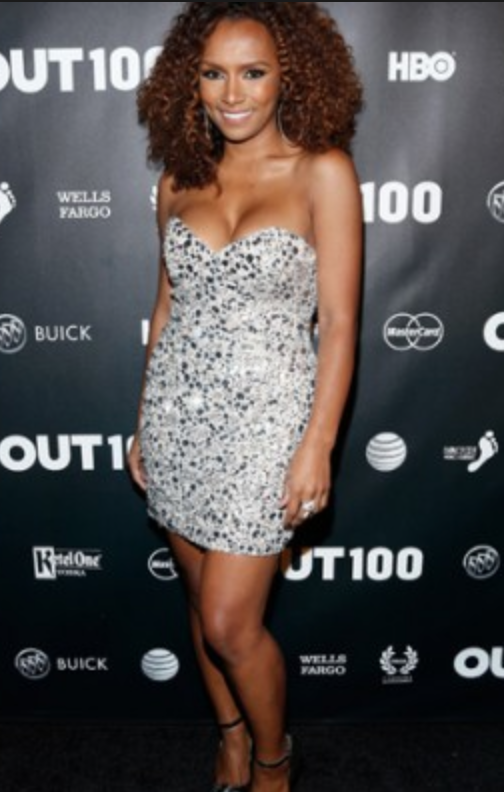 And not even blink. Even though the second girl is trans. They might see the latter in the washroom and think nothing of it. But if you don't respect trans-rights, you are basically telling men they should use the same bathroom as these women.

These faux stories you see in media, the politically motivated ones: "A man, a full on man used the washroom peeving my daughter, and when he was caught said 'trans rights' and there was nothing I could do!"

Given that the stories likely aren't even real, most are completely misrepresented or blown out of context. Or just false. Like for instance, this story that "an actual man, not trans, claiming he was one, just to use the bathroom to harm my kids!" .....if that happened, it is not someone the laws are protecting the rights of:

#1-That's not a transgendered person.

#2-Trans people are not sexual deviants nor pedophiles. You literally have a greater risk sending your kids to church than you do putting them in the same washroom as a trans person.

#3-If a man goes into a washroom and tries to cite a law for xyz, with the intent to harm your kids, or get in the opposite sex's bathroom - it just means he's a filthy pedo, or a pervert, or making a stupid political point, that went into the opposite bathroom, it has nothing to do with trans people.

Now if you want to discuss giving trans people a way of officially changing over their gender, as in they get a temporary then permanent gender ID change, which works across all official ID documents, but they need to be undergoing hormonal replace therapy and actually transitioning, something like that is a balanced perspective. Reasonable as well.

It's beneficial to the trans community and it also prevents people from assigning themselves gender as they see fit. Even in the capital of the world for this community, Thailand, there is still a problem with refusing to allow people to officially change genders. So I could see it as a relief to the ill-informed/uneducated, while being beneficial to their community.

Thailand's Yollada “Nok” Suanyot, daughter of a conservative policeman was one of the first truly famous, respected trans woman in the country. After a modelling, acting, media career, she went on to get a PhD, run a fairly large jewelry company and eventually went into politics. Pushing for more rights and acceptance for her demographic.

Treechada Petcharat followed in her footsteps, or inspiration at least and became a famous movie star recognized throughout Asia starring in a number of roles in various big production films. I think the last one was produced in Hong Kong, the Hollywood of Asia.

Point being that this is something other places in the world have already started working on, to give self-respect and remove discrimination for all types of people. Just like at one time letting blacks on the bus or allowing blacks to use the same washrooms was controversial, eventually stuff like this will be looked at the same, it's prejudice melting away.

The laws you think that are being made simply to create controversy, they aren't really, it's people who refuse to acknowledge these people exist or they should have the right to, who want to prevent them from being recognized that are making such an issue out of it. Just let it go.

Remember, if you are saying they can't use the washrooms they identify with, if you are a girl you are telling the world you want these girls:

In the bathroom with your husband. And if you are man, you are telling the world you want to be in there with them. What does that say about you?

You are one saying to divide the restrooms by xx and xy. Now you're backing off of that?

Most.conservatives don't gaf about this issue they just don't want men who look like men using the same bathroom as their daughter.

originally posted by: Metallicus
a reply to: Bramble Iceshimmer

We are thinking in black and white and logic right?

You think men should use the same washroom as this woman.... 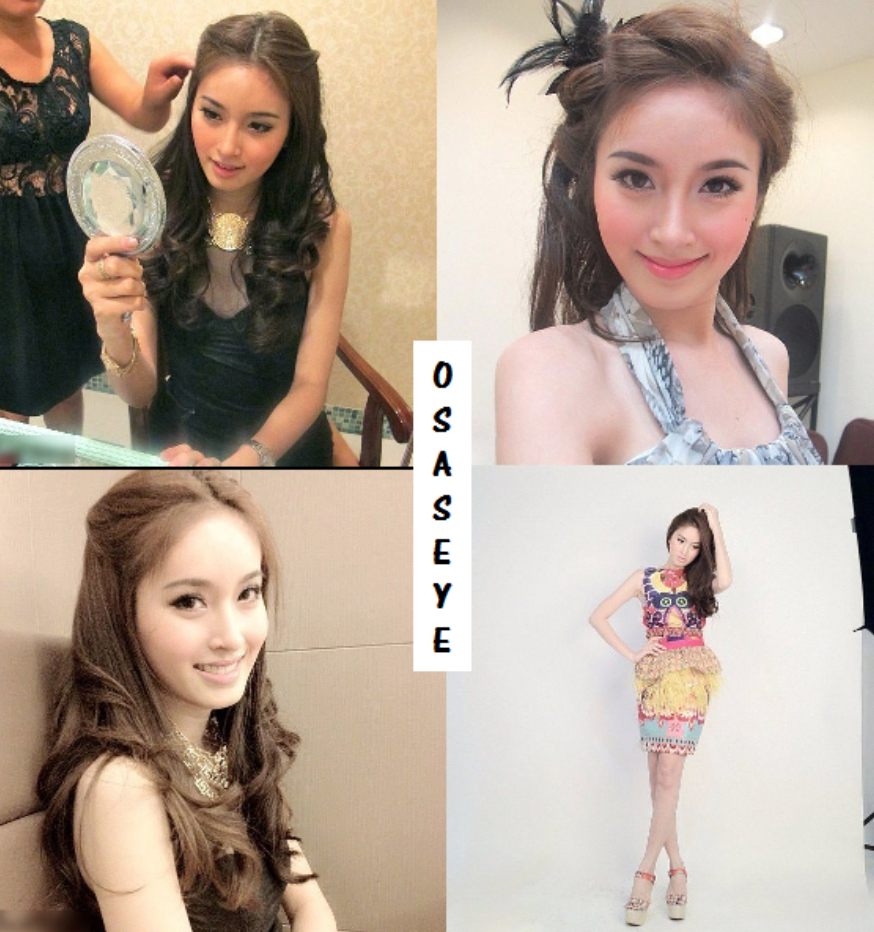 Hmm... Seems kinda perverted to me. So people who oppose trans rights to bathrooms are just perverts in disguise? This logic works... Explains why they are so adamant about wanting to use the same bathrooms as them.

See how easily it is to spin your argument into a pile of horse####? Yeah, well that's what the conservative agenda is doing to the argument of giving these people equal rights in the washroom. No one should be telling a girl she can't use the girls washroom. And this legislation is already active all over the place, it's only being contested in places that just don't want to face the facts, and the facts are if you don't want the girl above in the girls washroom, you want her in the men's. And that just makes you a pervert.