posted on Jun, 6 2016 @ 01:30 PM
link
I do not like using labels for myself, but my political compass says that I am a Libertarian-centrist. I believe that everyone should be able to do as they please, as long as they are not infringing on anyone else's rights to do the same. I believe in limited government interference in life. I believe that this is the only way to ensure that both the majority and minority populations of the world will be able to enjoy peace and freedom. I do not support any of the mainstream candidates, and I usually vote Libertarian.

With that out of the way, let's get to the topic at hand. I have been seeing a trend of some very prominent Libertarians throwing their full support behind Donald Trump. This has "stumped" me, because Trump supports a lot of issues that are very anti-freedom such as the Patriot Act,Increased NSA surveillance, and increasing libel laws. Some notable Libertarians backing Trump are, Walter Block, Lew Rockwell, and more. I have been seeing this trend with every day Libertarians as well.
Libertarians For Trump

I wanted to get to the bottom of it, so I decided to reach out to a fairly well know Libertarian Youtuber, contrarian dude. We discuss this topic and more. He is well versed in Libertarian ideology and we cover a lot of topics.
youtu.be...

I have always planned to cast my vote for Gary Johnson, just like I did last election cycle. With the way the "protesters" have clearly shown they are un-American, hateful, and all around despicable people, I have personally been considering voting for Trump. I am normally not a "vote against" guy, but this time around it is looking more and more appealing to vote against the regressive attitude in this country.

ATS Libertarians, what say you? Is the best option to vote for Trump, or is supporting the best candidate for the cause of freedom the better option?

We need to stop taxing our small business manufactures into poverty while all our exports also have tariffs on goods being import.

Its very very bad for people in the US trying to compete in the global market.

Trump knows this and wants to impose a tariff on goods on foreign imports and relieve the tax burden on small businesses.

posted on Jun, 6 2016 @ 02:07 PM
link
How can libertarians support someone who doesn't even respect private property?

Hillary says she's gonna 'take' my property and Bernie wants me to share mine with everyone.

I could care less if Trump respects mine or not. He's probably never gonna get close enough to it to see it.

OP: A vote for anyone other than Trump : is a vote against your fellow Americans. 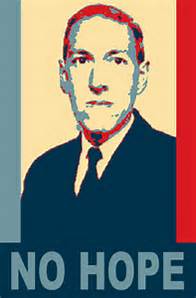 None of them respect private property. A vote for Trump, or any other authoritarian is also a vote against the U.S..

This is the same sentiment I am hearing from a lot of Libertarians. It is also hard to vote for the Libertarians now that Bill Weld is the vice candidate. What a sucky election.

originally posted by: Metallicus
a reply to: Winstonian

I hear you. It's the same with me, I almost think, I'm not there yet, but might vote Hillary over Trump, just because Science...she believes in Science. That's a big deal for me. I'm more inclined to write in Sanders for Stien or the Libertarian candidate though.

A Libertarian could not possibly support Trump.

Ron Paul has said that Trump may be more dangerous than Hillary and Sanders.

No one knows what the heck is wrong with Lew Rockwell and this Walter Block guy.

We're beginning to think that Lew has been a red coat this whole time.

The courts decided that, not Trump. I can't fault a man for working the system as much as the law allows it.

originally posted by: gladtobehere
Ron Paul has said that Trump may be more dangerous than Hillary and Sanders.

Ron Paul hasn't been a Libertarian in nearly 30 years, though. Not exactly sure how he became their populist standard bearer.

posted on Jun, 6 2016 @ 06:09 PM
link
I'm a libertarian and Im not a trump"supporter' however Hillary is death awaiting ever slowly and no way will I back a socialist. I'd say go Gary Johnson but we all know where that goes...nowhere in a hurry. I'm going to sit back this time and watch the fireworks, prolly vote for Johnson anyway.

At least trump is anti pc and still for a free market..at least he has that going for him

Libertarians seem to be turning coat against themselves, including myself. This is due to self preservation and new data. It really is about borders and culture. If non westernized immigration continues unabated they will take over the voting roles, then kiss free markets and western values goodbye.
These tend to be libertarians looking at long term trends and hence compromising their own principle for societal preservation.

short term it's easy to be the open borders and a full bore libertarian, but in the long term it will be catastrophic. There are simply too many government backstop programs that make open borders not work at all. A lot, I mean a lot of government programs would need to be cut and even still it won't work. in libertariantopia a state-nonstate the immigrants would aggregate in certain areas and enforce their cultures or break off and start their own countries.

TLR Preventing western societal collapse has taken priority for many libertarians. If western culture is destroyed libertarianism stands 0 chance.
edit on 6-6-2016 by jellyrev because: (no reason given)

posted on Jun, 6 2016 @ 07:41 PM
link
Well, it occurs to me that libertarianism is actually (strangely) very unpopular in this country. If you think Republicans (in general) are unpopular, look out if you happen to be a libertarian. I mean, what kind of a monster believes in liberty?

Anyway. Ummmm....it occurs to me that as libertarians, we are absolutely never going to be given a REAL libertarian candidate who has a snowball's chance in hell of winning. Never. The only way it's ever going to happen is if a libertarian sneaks in disguised as something else. Now I don't think that's what Trump is. Far from it. I think he's working for the same guys all the other candidates are working for and it's all a sham to keep the public entertained and believing their vote matters.

So. What it comes down to (I guess) is pure frustration and trying to do the best you can with what we've got to "choose" from. If a Democrat (or socialist in the case of Sanders) gets it, you absolutely know for damn sure the really important things (like Supreme Court picks) are going to be extremely left wing. And that's not good from a libertarian standpoint. Believe me. There's nobody who hates libertarianism more than the far left. I wouldn't have believed it some years ago but since Obama's first term I've started to realize I'm a lot closer to a libertarian than I am anything else and let me tell you that when you encounter left wingers and they realize what you are, the claws and the fangs come out and the snarling and the hissing starts. You realize you don't want these people running things.

Now right wingers (And by that I mean people who vote conservative. Not right wing politicians and pundits) are something else and they're not exactly "the good guys" either. Especially the hardcore Christian fundamentalists. But really, it's being stuck between a rock and a spongy place. It's not going to be fun either way. And Trump is not a traditional conservative at all. So that uncertainty and his apparent mental illness is extremely unsettling.

It's the same old thing. Lesser of two evils. It just so happens that they're a lot closer to the same two evils this time around. None of this looks good.

Similar yes. I also suspect that Trump could just be posturing so that he can get the nod from the neocons and AIPAC. Who knows, he could be a shill entirely.

Sorry but Hillary is no worse than Obama or Sanders. That's not to say they're not all bad because they are. It's just that they're all bad but if it came down to Hillary or Sanders, I'd take Hillary because Sanders is a socialist and socialism is the worst thing out there (aside from a theocracy or something) in my opinion.

But anyway. I don't like the way we've come to view this. Looking at individuals and saying "Well, Hillary is bad but this other guy isn't". No. Hillary is just the public face of everything that the left represents. Assuming she gets the nomination.

The only reason they're so down on her is because of the baggage she has from all of her years in government and as Bill Clinton's wife. They like to get rid of their dirt and start as clean as possible every time. She's tainted goods and that will make it hard for them to focus on their agenda.