originally posted by: Bedlam
That really doesn't make any sense, you know. Photos don't have UV information in them. It's not like Kodak or your cell phone mfr put a set of UV filtered photoreceptors in the CCD or film base.

But it fits the woo that people make up and like to believe about the mundane.


Shock horror, if nuts and bolts craft were involved, any Martian survey to Earth would keep the distance travelled down, to minimise the risk, of debris strike. Since anomalous tubes, and UFO's have been seen around the Martian moons and on the Martian surface . I wouldn't be to quick to throw this baby out of the tub.

How unlikely is it that another Earth like planet in the Goldilocks zone, has some kind of advanced civilisation, and the fact is, being toned down because of the previous panic, the realisation has already been proven to have caused.


I don't think it matters, or it does not matter as much as people think it would. If tomorrow there is a space fleet filled with aliens from planet ukalali from quadrant bananarama of the Taurus space systems. Well I for one would be hard pressed to even be bothered to look up at all.

But I am quite sure that when it happens, they whoever they are will make there presence known. I would say generally blowing something up is a good start, and likely a good way to say hello, if they have been watching humans or studying this place which any sentient race or species would do, well they must have gathered enouph intell by now seen that's the way new civilizations say "hello" around here on planet earth.

Now if they do not want to be considered rude and break that age old custom of humans all across the globe, they would have to kill off at least 10 to 20 millions, right?

After all when on earth do as the humans do...Right? Off course I am right.

But all of that is a far stretch, and saying a lot, and as much as its saying its omitting things out much more. The silence says more then all the other crap put together say by at least 1000%. And considering the many other options or things that it can be out there this is kind of silly stuff and least of a worry or bother.

But the real scary part is that this just may be as good as it gets. Or at least for now, till the deed of this planet changes hands or tentacles or whatever. What if we are living in the Matrix, and what if I told you anonentity that we are living in the most prosperous and peaceful period in all of human history? Now that is a scary thought indeed. 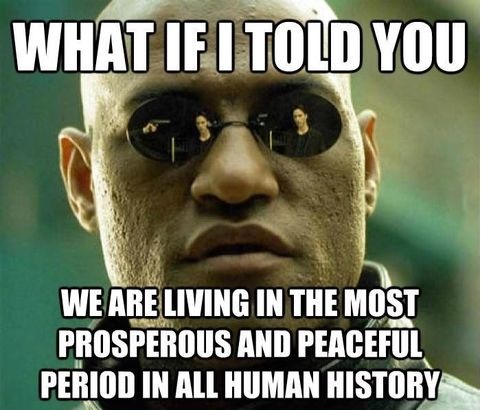 As for the rest. Ain't nobody got time for that #.

I recall a TV programme about Falkirk and some of the sightings there.
As usual it was done in that silly, jokey tone where there's little green men hiding in the bushes and the countryside is awash with drunken Scotsmen, all hallucinating on the local brew.

They also had the usual "experts" to analyse some videos and surprise, surprise, its an airplane coming into land.
They then tried to link all the activity to Roslyn Chapel and the Templars etc, etc.
Next they followed that with a halfhearted archaeological ground scan looking for alien bodies somewhere where there was some old legend.

It was derisive and dismissive right from its very inception and, I feel, was made for no other reason than to make the whole thing seem ridiculous.
It probably succeeded quite well and your average Joe will never give it a second thought.

I know that most UFO entertainment on TV seems to follow this agenda but if I was one of those on film I would be furious.
I'd never report anything again.
Least of all to anyone in the media.
I guess that this kind of treatment must also take partial blame for a downturn in reports.
Who wants to go through all that and then realise that you still don't know you saw?

That was just UFOs. The media has spoken! You are a Looney! Do not talk about UFOs.

I think any high strangeness events are much less likely to be reported these days.

posted on Jun, 11 2016 @ 11:44 AM
link
Whoever is controlling the UFO phenomena I think has the power to control its perception.


I believe that power is the alien force itself.


They have contacted the PTB and have made an arrangement of mutual silence and NON-DISCLOSURE as the norm.

Because this alien force is a part of the spiritual or physical eco-system of the universe and doesn’t have any real identity or personality therefore it must remain…how I shall put this----elusive.


They are an aspect of the tapestry of reality that will remain sort of like the wind, the sunshine, the waters, but when the time is ripe for the Great change will be activated.

It's been my theory for some time, that humans will not formally meet the 2 space-faring races in the Universe until we heal our fractured psyche on Earth, and act as "one people".

I'm taking a look into USOs at the moment.
Got the Carl Feindt book on order and it should be here soon.
Its a bit of an old cliche, you know the one, that the earths surface is mostly covered with water so visiting aliens would think whales were in charge.
But maybe they're not alien and not visiting.
They could be from the bottom of the sea.

Sometimes UFOs are reported as being alive or moving as if alive.....

I think one of the better cases is the Colares case. Kandinsky did an excellent thread on this some time back, and I've made a couple of attempts to revisit this case in a new thread. Perhaps soon I hope as Colares is a genuinely weird case.

It hink a lot of the ones you mentioned have been somewhat debunked (at least in my opinion), but Colares still has me stumped.
edit on 11-6-2016 by cuckooold because: (no reason given)

…Being a part of the fabric of this affair they aren’t likely to declare themselves as any personality.

Can the sun be anything but what it is or the moon or the light?

If humans heal their psyche then these aliens are irrelevant

except the bomb makers and their followers

The Colares case is fascinating and the thread you refer to is, indeed, a good one.
In fact, I've not gone through half of the links yet.
Jacques Vallee covers it in Confrontations and its mentioned in a few other books but I'd like to find out more.
South America seems to get more than their fair share of excitement but I believe Colares is quite remote so it fits the pattern of "isolated patches of activity" as it were.

They came from the sea too, which is where I'm going next. I'm hoping the Feindt book includes Colares and those scary Chupa chupas.
They certainly weren't your average flying saucers.

Also, I can't help a little grin when I see the word jellyfish being used to describe UFOs.

I think it may have something to do with belief.

The polarity of belief/disbelief produces some kind of energy the controllers seem to want to use for some reason.

This phenomenon has generated the polarity of belief/disbelief---the same element in religion.

The Work: Implementation of ?

I've never seriously looked at USOs...But it's definitely worth a look.

I'm just saying that until humans heal their broken psyche, nobody reputable would want to visit us.

That, and its my view that post singularity group mind is probably the minimum standard for being considered sentient.

I see things more symbiotic and distributed than creepy hierarchical.

Trying to word this so it doesn't sound OT but...

Would you recommend the Bob Pratt book and can you give us a brief review here?

I'm trying to decide if the South American cases are considered part of the golden age.

The Bob Pratt book is excellent.

But those Brazilian Chupa encounters are in a class of their own.

They are very physically robust encounters..many of the victims have unusual wounds..most get sick for a few days, and some get damaged for life or die.

If you want to read about nearly universally "evil" and extremely convincing "UFO attacks" and abductions then this is the best book of its kind.

Now when I think "early golden age" I think mystery airships and goofy little nautical looking craft and encounters...where the "alien pilots" walk up in coveralls and ask for well water and offer you biscuits in payment..in short they act just like "good fae critters (seelie court).

The Brazilian encounters are more like blood sucking monsters who give you radiation poisoning. So maybe like "unseelie court fae" but probably not...no cruel practical jokes.

So no...not golden age...and the attacks are still ongoing to some degree (probably)...but its hard to get reports without going there to the middle of nowhere in person.

I've never even properly discussed my own BTUFO encounter and frankly I'm getting a little bored with the subject of "UFOs". I think about getting a different interest sometimes.

The whole thing is designed to mind control us over time and to never "catch it" (the real phenomenon) or "them" (the foolish human collaborators).

Well, I have a few questions but need to brush up on the South America side of things.
We only usually get a general view but it all points to a different kind of phenomena than the one we are used to.
The actively hostile nature is one thing and we see a fair range of descriptions, as opposed to "flying saucer" or "disc" types, but they don't seem to want to pass on messages.

They don't seem to concerned about warning people in remote areas "burning too much firewood, being wasteful with water and generally being too hostile with the other tribes in the forest".
Do they have a history of messages at all?
Or just Zzzap!

In our culture, you personally know just like I do, that the "messages" are pure B.S.

I suspect that "our messages" cover something just as destructive behind it all.