Micro-chipping - Coming to a supermarket near you!

posted on Jun, 4 2016 @ 03:02 PM
link
Well folks it looks like we are getting closer to the population being micro-chipped. And it will start with the pets...

Unless you have a pet dog then you might not be aware that as of 6 April 2016 in the UK it has become law to microchip your dog. For a long time this has been a voluntary system, but now you must make sure your dog is fitted with one by the time it’s eight weeks old. Once chipped the dog will then be issued with a number which will be kept in a database, along with your contact details. If you haven't done this already then you could be fined up to £500.

They also go on to say that If you own a cat or other pets you don't legally have to get them micro-chipped, but it is recommended (presumably with the legal requirement of doing so coming some time in the future).

UK Law and what it says:
Get Your Dog Microchipped

For dog owners in Scotland no chip could lead to a fine plus court case against you.
Microchip-Dog

But the microchip agenda has been ramped up a gear.

Next it will be the children. Did anyone notice this being slipped under the radar?

In November 2015 (just in time for Christmas) Richmond Sausages ran a promotion/campaign giving away a toy-tracking microchip. 200,000 of these were being given away via an "on-pack promotion".

The advert for this promotion even featured a "real-life" family. "We all love Teddy...."

By using the "lost favourite toy" situation, it plays on a parent's fear by drawing a parallel to a child going missing.

When a favourite toy goes missing, it's every parent's worst nightmare. U.K. sausage maker Richmond, has tapped into that idea and is trying to help with a special toy-tracking microchip. (As well as emphasizing the brand's focus on families, the "Sausages & Chip" campaign is also a play on "Sausages and chips" (i.e. fries), a staple British comfort food

Richmond and agency Saatchi & Saatchi London developed the tracking device with technology partner Amigo Partnership. It can be attached to toys and then tracked using an app that can be downloaded to a parent's phone. The system combines low power Bluetooth, sound and a phone's GPS, helping locate the lost toy whether it's in the next room or left behind at the park. For example, when it gets lost far away, the app uses the GPS coordinates of where it last received a Bluetooth signal so parents know where to return to.

This YouTube video discusses the subject further (the beginning of video) raising some valid points:

Note to mods - please move if in wrong forum Thanks!
edit on 4/6/2016 by YarlanZey because: (no reason given)

posted on Jun, 4 2016 @ 03:14 PM
link
There's a big difference between chipping pets and chipping humans, and equating the two or saying one will lead to the other is ridiculous. The former will happen. The latter? Not so much. Not in any of our lifetimes anyway. There's simply no need, no infrastructure in place to make it useful, and way too much social stigma.

originally posted by: AdmireTheDistance
... and way too much social stigma.

You reckon? Fifteen years ago you'd have crossed the street if you saw a women with tattoos. Either she was a druggie or she was temporarily out of prison. I exaggerate slightly, of course, but the tattoo has gone from stigmatised to a must-have fashion item in a generation. I'm sure the same could happen with microchips. And unfortunately the "there's no need" argument seems to count for nothing these days.

I agree with your analysis that chipping pets will lead to chipping humans is ridiculous.

Is this really an enforceable law through?

I mean what are they going to do, individually scan all 8.5 million dogs in the U.K to see if they have been micro chipped or not? Not exactly a viable prospect.

Somehow i imagine this overtly totalitarian scheme will turn out the same as there TV licencing extortion scam meaning that as long as you do not provide the bastards with any information and your dog does not maul some poor child i imagine "They" will be rather hard pushed to enforce such a law.
edit on 4-6-2016 by andy06shake because: (no reason given)

posted on Jun, 4 2016 @ 03:41 PM
link
People are already getting chipped. The pet and toy thing are just to get us all used to it in a non-threatening way.

It's just a waiting game until it becomes compulsory for the rest of us.

Want to gain entry to your office, get on a bus, or perhaps buy a sandwich? We're all getting used to swiping a card to do all these things. But at Epicenter, a new hi-tech office block in Sweden, they are trying a different approach - a chip under the skin.

Dailymail.co.uk - Would YOU be microchipped?

It is the latest in a growing movement called ‘biohacking’ in which people implant chips into their bodies to perform simple tasks they would typically use their phone or smartwatch to do.

uk.businessinsider.com - Microchips Will Be Implanted Into Healthy People Sooner Than You Think

In March 2009, British researcher Mark Gasson had a chip injected under the skin of his hand. The chip, a slightly more advanced version of the tags used to track pets, turned Gasson into a walking swipe-card. With a wave of his wrist, he could open security doors at the University of Reading laboratory, where his experiment was being conducted, and he could unlock his cell phone just by cradling it.

For Christmas I bought my housemate a little gps finder, looks like what the teddy bear is wearing. Not sure what he put it on.

I have seen this office puts chips under staff's skin . I would definitely have a problem with that. It opens doors, punches you in, turns on the copy maker, soon will be able let them pay for things in the caffeteria. But what else could be tracked with that? I would be like HELL NO.

I wonder how many businesses do this?

It is starting to happen. For the office above, it is , for the moment, optional. I can see it becoming 'not an option' at some point.

There has been a proposed upgrade to the ANPR cameras that will include readable numberplates.

The UK Government, along with DVLA and IBM are looking to use “Electronic Number Plates” to track cars around the UK, and possibly the EU Below are an example of some of the companies developing this technology and their statements from their websites: IDENTEC SOLUTIONS is the global leader in wireless tracking and tracing solutions. The Intelligent Long Range® (ILR®) active RFID System can identify, locate, track and communicate with assets at a distance of up to 500 meters to deliver superior business process visibility in dynamic, demanding environments. IDENTEC SOLUTIONS’ technology and products are utilized to help track people and valuable assets in a completely reliable and secure manner.

So maybe no problem with tracking chips in people. The UK does have quite a network of these cameras.

That's how it works - make it sound like a good idea. Make it "optional" and trendy.

To make it easier and less hassle for people, the chip will probably become injectable. Then they could just do it at birth with the heel prick test or the numerous vaccines.
edit on 4/6/2016 by YarlanZey because: (no reason given)

That's how it works - make it sound like a good idea.

To make it easier and less hassle for people, the chip will probably become injectable. Then they could just do it at birth with the heel prick test or the numerous vaccines.

Yet another useless law to add onto the other 456,378 useless laws already sitting on the books.

Seems like a system that would be open to abuse if ever there was one. What happens when a camera detects a potential un-chipped dog? Are they going to dispatch a Police or a dog catcher, i mean if its a police then the resources wasted alone would be enough to cripple or severely retard our bobby's from doing proper police work. Then again if its a dog catcher then i imagine they are going to need a right good few, possibly go a way to addressing our unemployment issues. LoL

Technology is advancing, making the cameras more powerful and accurate; storage is getting easier and cheaper. Police have started to equip cars with ANPR. But the Home Office doesn't like to talk about these issues. There is a fear that greater public knowledge of ANPR will reduce its effectiveness. But police now recognise they have to be more transparent if they are to allay fears about excessive intrusiveness.

Remember this article is from 2014:

Three years ago, in a response to a Freedom of Information request, the Home Office said there were about 4,000 ANPR cameras in operation. The Guardian has been told that figure has doubled to more than 8,000.

I had a feeling this was coming years ago , but no way my dog is getting chipped sod the law .


A series of veterinary and toxicology studies, dating to the mid-1990s, stated that chip implants had "induced" malignant tumors in some lab mice and rats.

_ A 2006 study in France detected tumors in 4.1 percent of 1,260 microchipped mice. This was one of six studies in which the scientists did not set out to find microchip-induced cancer but noticed the growths incidentally. They were testing compounds on behalf of chemical and pharmaceutical companies; but they ruled out the compounds as the tumors' cause. Because researchers only noted the most obvious tumors, the French study said, "These incidences may therefore slightly underestimate the true occurrence" of cancer.

On the plus side through i imagine that means Nicola Sturgeon is about to get chipped. 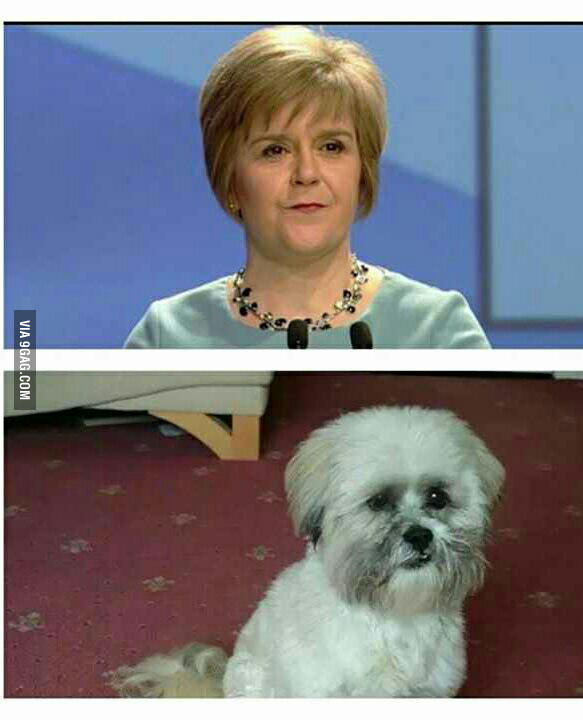 originally posted by: crazyewok
Chipping dogs and cuts is a extremly good idea and can save there lives if lost.

The trouble is this all depends on the person who finds said lost dog/cat taking it to the vets or a place where the chip can be read. Not everyone is honest. It does nothing to stop the illegal breeding and fighting of dogs or the snatching of pets or them being involved in accident either.

As I said the pets being chipped is only the beginning. It gets the subject of chipping introduced in our awareness in a non-threatening way.

LOL she actually looks quite cute there

And what happens when the Chip fails and you are stuck in the office? And everybody else is stuck in their offices? The glass can't be smashed and the buildings front doors are jammed? Those peoples Family members are also Jammed and the Police/Ambulance/Fire brigade are all Jammed? Computers are all Malfunctioning?? And this all happens on the same day.

As long as security personnel are not chiped aswell.