Obama is NOT coming for your guns.

So you are agreeing that there should be some infringements, some of the time, for some of the people?

I didn't need you to break down the word infringement. That word has a specific meaning and it was used correctly in the text of the 2nd Amendment.

What that article shows, in fact, is the intent of the second amendment.

But if that's not good enough then I recommend reading the Federalist.


originally posted by: reldra
a reply to: Krakatoa

Disorderly conduct is almost always punished as a misdemeanor offense, though it qualifies as a felony in certain circumstances, such as when a person makes a false report of a fire.

Note it says "almost always".... and there is the wiggle room. In some peoples eyes, that is all they need. So, does calling in a false 911 qualify? Like the woman who called 911 to complain that her hamburger had pickles on it or some such thing a while back? Should she have her 2nd amendment right stripped as a result because of that? There should be no room in a laws for interpretation like that when it can result in the stripping of someone's Constitutional rights.

Well she sounds nutty to me. but it is really up to the authorities what they want to charge her with and at what level.

Do you know anyone that has been charged with FELONY disorderly conduct?

I see, "nutty" as you put it. I am not defending her actions, but, what if she is just uninformed about what 911 is for? But she is fully versed in how to safely own, handle, and store a firearm? One is not like the other. There should be no connection there. Because, the last time I checked, being stupid is not illegal. In addition, if she was diagnosed as crazy, then she could have that Constitutional right stripped away legally now.

It should be harder to strip someone's rights than a simple charge or accusation of questionable actions that are totally unrelated.

But, that would not facilitate the slow and progressive erosion of that right.


That happens to black people every day in this country. Smoke an herb the founding fathers grew and there goes your rights. And if you read the OP he was talking about a slow insidious creep. And here you are saying, "well I don't see a tidal wave so I call BS."

Simple posession is not a felony. It depends on how much you posess, it can lead to 'intent to distribute'. I am against those laws. They should be changed. But that is not a 'what if', it has happened.

'What if' is people being charged and sentenced for 'felony disorderly conduct, which is NOT happening.
edit on 4-6-2016 by reldra because: (no reason given)

Your portrait there kinda lends itself to easy dismissal because it seems really heavy on the 'already-biased' side of the scales.
Very much "pre-supposition". Sorta "PeeWee-esque", even though you don't realize it....

Some of us are more interested in exploring, you know, the 'gray area' in between.


Hey if I don't hate on your profile picture of being a dirt bag hippy I don't see why you should get to bag on the man for daring to own a gun. I wonder what would happen to America if all the "bad white men" with guns just went away like you all seem to want us to. I wonder how long before you'd miss us.


So you are agreeing that there should be some infringements, some of the time, for some of the people?

Those "infringements" are conditional and have over 200 years of practical application in the case of criminal conduct and mental incompetence.

You made statements about the types of guns and how many and all this other nonsense. Then you go on about training.

The real problem isn't the type of guns, or training, or any of that other irrelevant fluff. The problem here is that you want restrictions in contravention of the Second Amendment irrespective of how those restriction would fit in the context of the bill of rights.


Your portrait there kinda lends itself to easy dismissal because it seems really heavy on the 'already-biased' side of the scales.

You can dismiss me over my picture if you want. Why am I not allowed to be biased? I'm not the media or the courts.

I AM a weapons expert with extensive training and experience with firearms and the laws that govern them.


It appears that you do, as you didn;t know what it meant. You're welome.

Thanks for adding nothing to the conversation.

I've presented facts, cogent arguments, and have answered all your questions, and in return you insult my intelligence.

Real classy.
edit on 4 6 16 by projectvxn because: (no reason given)

It appears that you do, as you didn;t know what it meant. You're welome.


You're the one who used it wrong. Ahhh the left's war on language at work here in ATS. "Infringe: [in-frinj]
1.
to commit a breach or infraction of; violate or transgress:
to infringe a copyright; to infringe a rule.
verb (used without object), infringed, infringing.
2.
to encroach or trespass (usually followed by on or upon):
Don't infringe on his privacy.
Origin of infringe Expand
Latin
1525-15351525-35; < Latin infringere to break, weaken, equivalent to in- in-2+ -fringere, combining form of frangere to break
Related forms Expand
infringer, noun
uninfringed, adjective
Can be confused Expand
infringe, impinge.
Synonyms Expand
See more synonyms on Thesaurus.com
1. break, disobey. 2. poach. See trespass."


Genuine Conservatives mostly are not Republican.

Many Progressives are inside both Republican and Democrat parties.

You are quick to follow definitions set up by Progressives to keep their cover undercover.

It would help if you actually read the OP.

What happened if they held a revolution and only the progressives came.

posted on Jun, 4 2016 @ 08:19 PM
link
This is a story or threat fabricated by the right to win votes. The left is not coming for anything. They can't even agree who their candidate should be or of Hilary should be in jail. And we should not forget that it was the right and the Bushs' that enacted the patriot act that slowly whittled away the rights of American citizens. Yet these a'holes and their families continue to be the darlings of the right.


There is NO qualification for the exercise of a right. None. Nor should there be.

I am a proponent of training. But I am not going to advocate conditions on the exercise of rights. 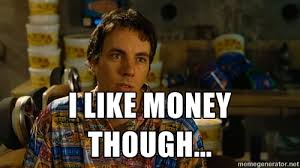 So, shall we just give every 14-year-old a Ferrari? Toss them the keys to the lifted dually F350 with turbo air and glass packs....and say - be back by midnight??? 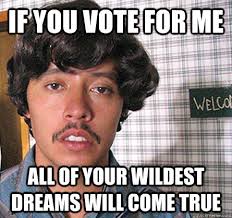 Im sorry sir you've met your quota for online speech this month. Your 1st Amendment rights are on hold until you can pass a written communications permit class or WCL.

Until you do you may not type in public Internet forums.

wtf? what is that?

awwwww, does someone need a hug? Here, quick, before I go - apparently I crashed this rally....you all have fun chest-bumping and high-fiving and low-downing and congratulating yourselves.....meanwhile, no one is coming to take your guns.
As long as you keep your act together.

You illustrated a scenario with a privilege. Driving a car is not a right. Nor is owning one or even having access to one.

I showed just how ridiculous it is to assign the characteristics of privileges to the absolute of rights.

I can tell you have no interest in having an adult conversation. So this will be my last reply to you.

Online speech didn't blow the heads off of 20+ 6-year-olds.