posted on Jun, 4 2016 @ 06:43 AM
link
Okay I just made a top 100 of the best unexplained pictures from the Mars rovers.
I have been looking at the things people find on Mars pictures.. and I made a collection now of things that stands out as the ones that need to be explained by NASA.. I am sure that many of them is just rocks and coincidence.

But remember only one have to be true to change the world we know. 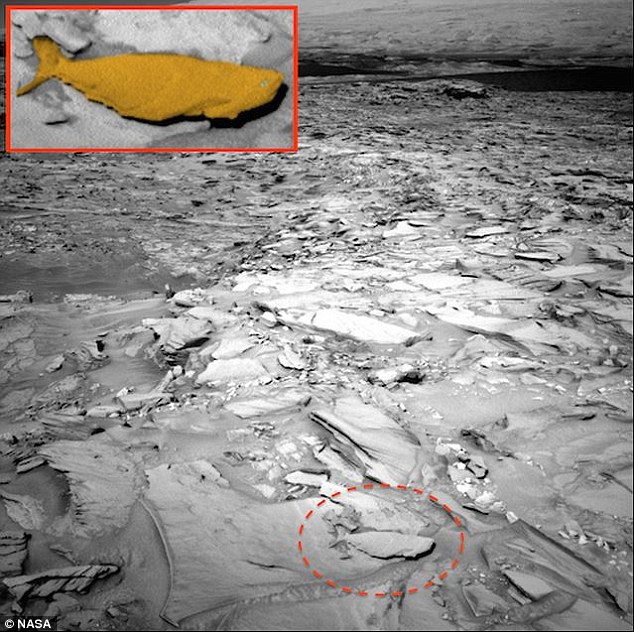 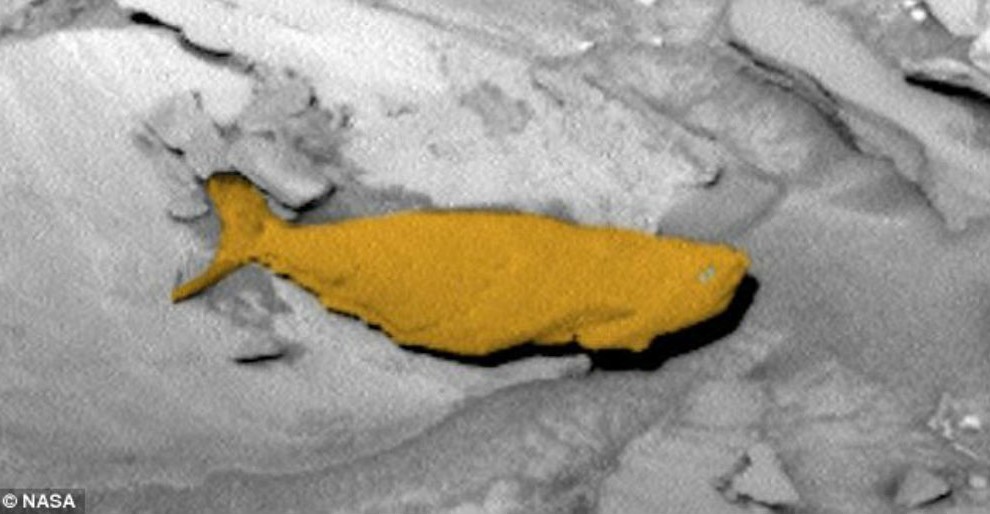 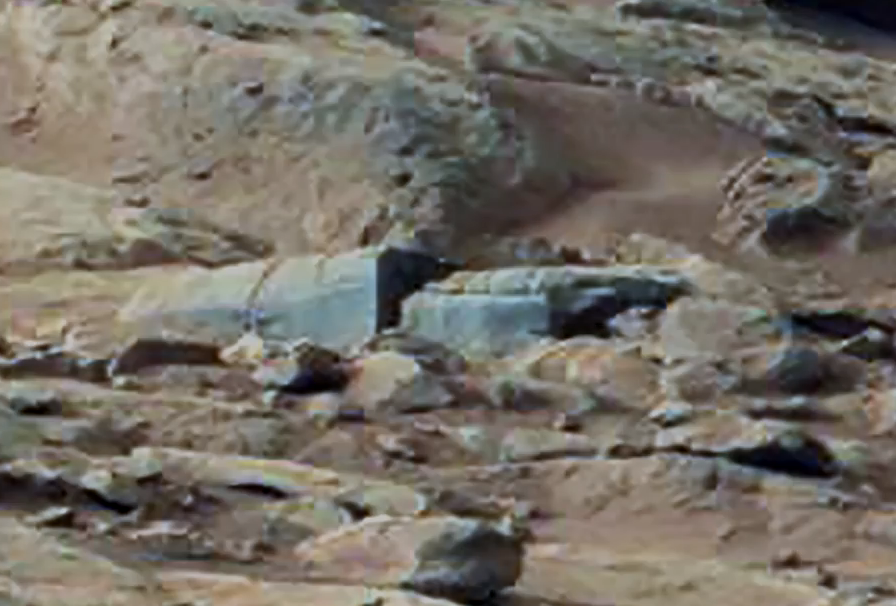 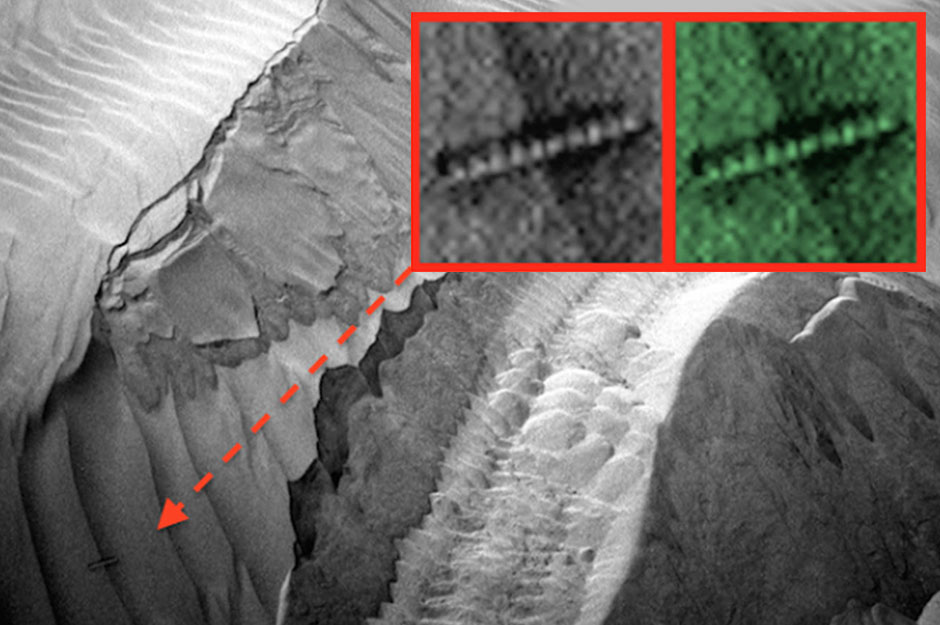 I recommend watching some lectures with Alfred Ware..
He claims to have been on Mars and talks about strange dinosaur like creatures there that would explain all the pictures of possible bones.

posted on Jun, 4 2016 @ 06:52 AM
link
Haven't watched the video, but the 'fish' and 'bunker' look like rocks. The 'tunnel' is interesting, but looks similar to a collapsed lava tube. Might even be debris, and not something in the photograph itself. Kind of hard to tell with that one, though I'm sure others will know.
edit on 6/4/2016 by AdmireTheDistance because: (no reason given)

On a planet in which winds are high and erosion is on steroids, you're bound to get some funky-looking rocks.

A rock rolls down a hill: you get a series of "strange" depressions (pic #3). The wind erodes the ground so to expose a stronger rock block beneath: pic #2. Friable rock loses chuncks with combined action of chemical elements in the air and gravity: you get pic #1.

Erosion is a very powerful force.

The video reminded me that I miss Arken.
The content of the video is little more than wishful thinking interspersed with pics of rocks and natural features.

Thanks for posting...I've seen most of these images before but some are new to me. I am beyond convinced that there was and maybe still is Life on Mars.


It looks like marks left by the laser analyzer (ChemCam).

Here is an image of a pile of sand that was dumped by Curiosity's shovel and then shot with the ChemCam laser:
planetary.s3.amazonaws.com...

I kind of like the bunker picture (#2), as it does seem to have clear edges/corners and a couple flush faces.
It also reminds me of some of the old WW2 defence blocks and pill-boxes knocking around the coastline here (NE Scotland). A lot of them were on beachfronts, and they've been reclaimed by the dunes and revealed a few times over the years.

Still not convinced though, as contrary to an argument you hear occasionally - "Mother nature doesn't do straight lines",
she most certainly does.

I think it's actually somewhat disappointing that the presented images are the best example of Mars having sustained intelligent life at some point. It doesn't look good for the theory IMHO.

Thanks for the read though OP.

posted on Jun, 4 2016 @ 11:15 AM
link
Lots of interesting structure type images from a distance. Makes me wonder why they wouldn't steer closer to them and get a close up . Or maybe those are the pictures we don't get to see?

posted on Jun, 4 2016 @ 11:16 AM
link
a reply to: Spacespider
The first two images appear to be just pareidolia. However the third image is interesting and could be a fossil, or more likely a rod with screw threads; note that the 'threads' cross the rod at an angle, much like screw threads.

I'm adding that image to my limited collection of Mars anomolies that don't appear to be pareidolia. At some point I will post these. My professional federal government career background is in imagery analysis of natural and man made objects from satellite and other overhead imagery of the Earth, and also the landing sites for all the 'Apollo Lunar Landing Missions'. 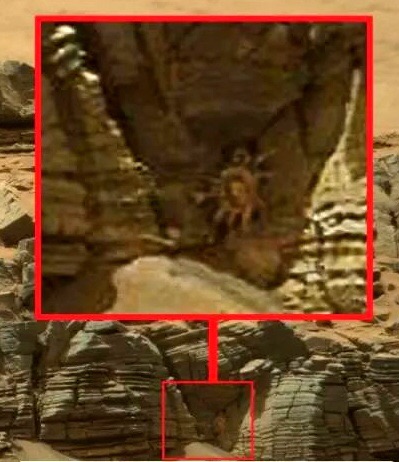 That "enhanced" version has things that the original doesn't have, that's why it looks interesting.

posted on Jun, 4 2016 @ 07:12 PM
link
All eroded rocks IMO. And yeah, the crab/circle thing was enhanced on the blown up shot, detail added that isn't actually there

Seriously though the picture of the fish? No skeletal structure. If it was a true fossil laying out in the open like that 1 it would look brown. Have a bunch of dead skin still decaying if it happened to be laying on the top of the soil or rock there. Sorry it is not a space fish fossil.

For a fossil to even come close to the color of the rock it would have to be billions of years old. Pat fossils on earth, as far as my knowledge goes, had to be carefully chipped out of the rock. For a fossil to be laying around on the surface like that just tells me right away it is not a fossil and just a lucky shape found in the rock deformation.

posted on Jun, 4 2016 @ 10:47 PM
link
Nice collection. It's a shame you didn't number them in the video so we might comment on them individually.

Also, there seem to be many duplicate entries.
edit on 6/4/2016 by Shadoefax because: (no reason given)

originally posted by: GiulXainx
For a fossil to even come close to the color of the rock it would have to be billions of years old. Pat fossils on earth, as far as my knowledge goes, had to be carefully chipped out of the rock. For a fossil to be laying around on the surface like that just tells me right away it is not a fossil and just a lucky shape found in the rock deformation.


Not necessarily, all the fossils I got at home were found either on the ground or embedded in the ground in the excavations for the construction of a building. That happens when the soil covers the animal and gets harder, marking the shape of the animal, then the animal is slowly replaced by minerals and becomes a rocky version of what it was, as if someone had created a mould of the animal in clay an poured liquid rock into it.