Well shoot if the illuminati cars game says it.... 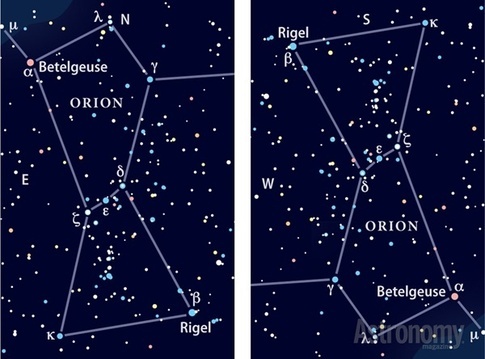 Maybe the illuminati card game points out to rehashing the "flat earth" theory as a psy-op distraction..

Anyway, I do not think you are considering that massive undertaking that would be needed to constantly prevent the masses from discovering "flat earth".

It's just too much.

But lets say it IS TRUE. Humanity would not stand a chance against the creators of this illusion. They would have far greater technology, be extremly intelligent, and have known exactly how to control humanity.

That is explained by the "dome" aspect of flat earth. There is a giant dome around flat earth that creates the illusion of space.

The section of any sphere large enough will appear as if it's nearly flat.

originally posted by: lavatrance
I believe flat earth is real. I just haven't seen enough proof otherwise. The challenge I think is only that the flat earth model hasn't been completely figured out yet. So it's not an easy area to prove or disprove.

I think the best evidence for Flatearth is all the fake nasa footage.

Slowly over time people are waking up to the truth.


It can't be true. Because we have never seen the edge of the earth. That's all the proof you need. We know for a fact there are satellites and helicopters and airplanes boats, submarines, motorcycles and cars and tanks and balloons, Rockets, Space shuttles, bycicles horses mules and scooters and skateboards and blimps and Jeeps and yet...no one has ever navigated to the edge. There you go.

originally posted by: blueman12
That is explained by the "dome" aspect of flat earth. There is a giant dome around flat earth that creates the illusion of space.

Oh, not insane at all, because two giant turtles hold it in place, and drink the ocean water that spills over the edge.
Now I get it.
LOL

No, Méiyǒu, nyet, akukho...the Earth was known to be round around 250 BC, so unless you can show that person is wrong the Earth is not flat.

That person is Eratosthenes...

Eratosthenes, a Greek mathematician, geographer, poet, astronomer, and music theorist, is best known for being the first ever person on Earth who calculated the circumference of the Earth, and he did so by never leaving Egypt. He was able to calculate the circumference of our planet by applying a measuring system using stadia (A Stadion or stade, was an ancient Greek unit of length equal to a typical sports stadium at that time.)

There is so much evidence pointing to earth being a globe. But people that believe flat earth deny it and have created their own physics to fit their theories.

posted on Jun, 3 2016 @ 03:51 PM
link
Earth is not any shape or size, earth does not even exist, there is no space or planets, no galaxies, no end no beginning. Its all fairy tales and rumors. Now wake up from ur silly dreams.

originally posted by: lavatrance
all nasa images are just cgi. Doesn't that scream to u that they're lying ????


Then why don't you take yourself to one of the many private companies that will be offering space rides to the general public within the next couple years and see for yourself? Then you can come back here and apologize to everyone for peddling this BS garbage.

And a golf ball is round.

WTH does that have to do with the shape of the planet?

To feed the elephants, of course.

originally posted by: swanne
a reply to: TerryDon79

To keep the elephants fed, up course.


Ah! But what does the turtle eat?


look at the floor. It's flat. Not round or spherical. Look!

Build it long enough and it will.

The Earth is NOT flat OR round.

It is CONCAVE with a glass sky!!
Just ask Lord Steven Christ.