posted on Jun, 3 2016 @ 11:03 AM
link
Seriously, I think there should be a thread started which is just a data dump of links or YouTube EMBEDS showing every single incident of violence against Trump supporters or any unlawful activity from the "Anti Trump" crowd.

It's gotten to be too much. And the narrative of Trump supporters being the 'violent ones' has to be called out since the MSM flatout LIES at this point.

The beautiful thing is, nowadays everybody is filming and recording so a lot of these assholes can be identified and held accountable for their horrendous acts.

Last weekend my big brother was tripped and then kicked in the face and could have died, an UNPROVOKED attack by some scumbags. One of them is a previous felon offender and is going to get his (THANK GOD), but my brother needs surgery on his face and we were in the ER all weekend hoping his brain wasn't damaged.

Scumbags like this deserve to be prosecuted to the full extent of the law. No one deserves that type of attack.

posted on Jun, 3 2016 @ 11:12 AM
link
The more the Neo Left, Liberals, "Progressives"...see their world falling apart...the more their ideology and philosophy is being SQUEEEEEEEEEEEZED by the throat....the more their childlike minds will lash out.

More will happen, and it will get worse. Especially from the Mexican flag waving contingent.

They're panicking, and panic creates violence.

originally posted by: DBCowboy
Eventually someone will die.


originally posted by: DBCowboy
Eventually someone will die.

By admitting that Trumps words drive the violence also exposes that those "driven" by the "words spoken" are of such low intelligence, that a spoken word can manipulate them to such a degree.

In the comments for that video they say that is the same kid who ran up and sucker punched the guy in one of the OP videos the 3rd video.

I have not seen anyone cheering on violence by anti-Trump protesters.

You're still asserting (although quite eloquently, I'll grant) that this is a phenomenon of the "Left."

In almost every one of these situations, there are two sides.

Bluntly and plainly, neither of the two sides are blameless for the violence OR for the provocation of same.

However, there is a difference, at least regarding the provocation of violence:

Trump has repeatedly talked about the virtues of punching and otherwise abusing protesters. At one rally he encouraged his supporters to "knock the crap" out of protesters. He offered to pay the legal fees of his supporters who attacked protesters. He expressed his personal desire to punch protesters, although one late night comedian observed that Trump seems more like the evil mastermind who would stroke a white cat while someone else did the punching.

I'd be glad to review any similar statements made by Clinton, Sanders, or any other candidate.

posted on Jun, 3 2016 @ 11:18 AM
link
And isn't it considered a "hate crime" to attack someone based on their political ideology. To simply attack them for exercising their political support?

Look what the Mayor of San Jose said.....

The mayor of San Jose, Democrat Sam Liccardo, reacted angrily to the events. Not that he was particularly upset at the violent mob that attacked innocent Americans, of course. No, his ire was directed at Mr. Trump. "At some point Donald Trump needs to take responsibility for the irresponsible behavior of his campaign," the mayor said. Apparently it was downright "irresponsible" of Trump to even set foot in California's third largest city.

The Washington Post characterized the mayor's remarks as if they were just standard partisan hackery: It noted that the mayor is a "Hillary Clinton supporter."

originally posted by: BatheInTheFountain
And isn't it considered a "hate crime" to attack someone based on their political ideology. To simply attack them for exercising their political support?

Purely, and fully. No question, no prevarication.

No, it's your sheer ignorance and bias, nothing more, nothing less. Funny how no violence breaks or broke out at any other rally. Funny how the violence only encompasses Trump.

But Trump supporters. They point the finger at everyone else but their man, Trump. It's really pathetic.
edit on 3-6-2016 by Swills because: (no reason given)

posted on Jun, 3 2016 @ 11:31 AM
link
When are you people going to learn that Violence is almost ALWAYS the answer.
Whether its explicitly stated or just implied it is at the core of almost every disagreement we have.
"If you dont do this or agree with me I will use force"
This is the essence of all human disagreement and the essence of government.
The response is
"I disagree with you and if you try to use force I will use force to defend myself"
Now while that is justified it is still the use of violence.
Even so called peaceful protests can exist and gain traction only because they offer an alternative to the implication that if the peaceful way does not work, violence will follow.
It is a part of us and is the core of the human condition.
We try to sugar coat it and brush it under the rug but its always there.
The proper moral approach is to not initiate violence.
That however does not mean that you are not prepared to use violence in defense.

Doh... didn't even think of that. Stupid of me.

Still, this happens largely outside of the events? With this seemingly happening everywhere Trump speaks it wouldn't be much of a problem organizing a group of people with guns to police these criminals. I'm no Trump fan but I can't stand the way modern liberals behave.

The only thing I like about Trump is his ability to drive progressives insane with his puerile and bombastic ramblings. It's a sign of the times though, to have presidential candidates acting like children for the whole World to see. US elections have come to resemble a show - a joke, personal attacks seems to be the norm. It's entertainment, only.. its results will decide the leader of the most powerful country on Earth.


originally posted by: LesMisanthrope
a reply to: Gryphon66


It's not just "the religious right" by any means. Most members of the RR in this country are not violent. Even asinine displays like Westboro are the fringe exception rather than the rule ... but you have White Supremacists, Militias, Survivalists and Preppers, etc. that seem to evidence a strong thread of paranoia and translate that into violent acts that actually HAVE resulted in deaths and destruction of property.

How is one type of violence better or more understandable than another sort?

Some examples of this "type of violence" you're comparing with the violence displayed here. Is this the time and place to be mentioning survivalists and preppers.


So ... I didn't say what you were trying to claim I said? Fair enough; thanks for the self-correction on your part.

The evidence for DEADLY violence on the Right is not hard to find ...

47 or so deaths in the past decade or so. Need more or is the point made?


Except the part where the discussion is about political violence in 2016...but other than that you have a point I guess.

All this violence being perpetrated towards Trump and his supporters, resultant from past comments he's made during this campaign, are slowly bringing to light the dark side of American society, one that appears to be suffering from the fatigue of carrying the sins of past generations.

I think George explains it best. 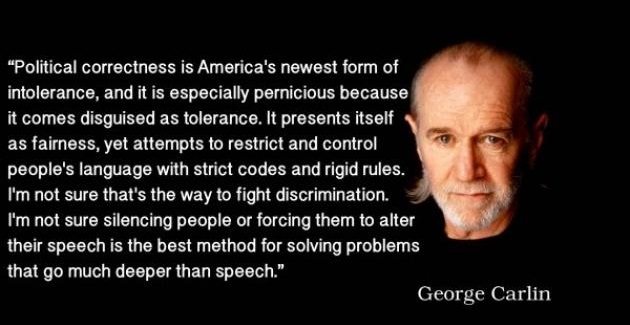 Edit: One of my favorite bits by him


The contemporary Left in the United States is usually understood as a category that includes New Deal social-liberals (in contrast to traditions of social democracy more common to Western Europe), Rawlsian liberals, and civil libertarians, who are often identified with the Democratic Party. In general, the term left-wing is understood to imply a commitment to egalitarianism, support for social policies that appeal to the working class, and multiculturalism. The contemporary center-left usually defines itself as promoting government regulation of business, commerce and industry; protection of fundamental rights such as freedom of speech and freedom of religion; and government intervention on behalf of racial, ethnic, and sexual minorities and the working class.

The contemporary Right in the United States is usually understood as a category including social conservatives, Christian conservatives and free market liberals, and is generally identified with the Republican Party. In general, right-wing implies a commitment to conservative Christian values, support for a free-market system, and traditional family values and civil libertarians. The contemporary center-right usually defines itself as promoting deregulation of banking, commerce, and industry.

Most of that is mere political theatre though.

Ask yourself this question: who is taking the side of authoritarian control over individual rights?


Of course, the caveat would have to be that the violent mob is made up of such low-IQ individuals that words uttered months ago could trigger such an action(s).

So maybe they are such idiots and moronic individuals that words can cause the effect.

I think it's a little worse than that. The notion that certain individuals or groups of individuals have no ability to control their actions, but rather, that someone is controlling them from a distance, is insidious. It implies certain people are no more than automatons. It's a clear example bigotry of low expectations—these people just can't help themselves, they are pushed around by outer forces, and are unable to make their own choices.