"Chewbacca Mom" and kids given free scholarships to Southeastern University

posted on Jun, 2 2016 @ 05:05 PM
link
I’m going to make this short and sweet. After browsing the internet for recent news, I’ve come to learn that “Chewbacca Mom” and her two kids were just given tuition-free scholarships to Southeastern University in Florida. FOR DOING ABSOLUTELY NOTHING!!

To garner a full college scholarship, you need to have good grades—or a great viral gimmick. Candace Payne may indeed boast a stellar scholastic record, but it's her recent online ubiquity as "Chewbacca Mom" that's earned her, as well as her two grade-school-age children, full scholarships at Florida's Southeastern University, Fox 13 reports.

The four-minute video that Payne posted on Facebook a couple of weeks ago—showing her sitting in her car outside of a Kohl's and laughing hysterically as she tries on a growling Chewbacca mask she purchased—caught the attention of the Christian college's administration (she apparently already knew one of the VPs) and led to the scholarship offer.

What the hell? So you like to laugh and be on camera, great. Your ego then compels you to upload and share the mindless act with Facebook, no harm done. What saddens me the most is the amount of people who soak this stuff up as “entertainment”, sharing the video with friends and family like it’s something that can’t be missed.

Viral videos of this nature are ridiculous. Why the radio, television and media outlets waste time flying her around the country to do interviews, thinking this “story” is anything but a fart in the wind is mind numbing. There are so many important issues to share and discuss, but “Chewbacca Mom” has gone viral and alongside “Gorilla Boy”, everybody is distracted.

"To make this the greatest tour ever, our gift to you is to provide you and your family full tuition-free scholarships," Ingle tells her, to which she replies: "This is awesome!"

Southeastern Executive VP Brian Carroll adds that the school has been able to boost its student aid "from $6 million just a few years ago to over $25 million this year," so "if we can help [Payne] in any way, we just want to be able to do that."


I have nothing personal against the woman, but I think she and the video are quite dumb. The mask is funny, but her infatuation with it is childish at best. She seems like an airhead and just because the school has extra money to give out, doesn't mean they should waste it on morons like her.

In this case, I'm not happy for this woman and think whoever decided to award her free college tuition is an idiot. There are far more deserving, hard working individuals who could benefit from such an opportunity. 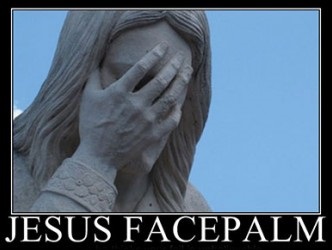 Same, I do wish people that do good deeds were rewarded more... but good for this particular family

No good deed ever goes unpunished.

Next time you do a good deed I have a very special reward for you.

posted on Jun, 2 2016 @ 05:14 PM
link
Answer to all your questions...
The Intellectual , Educational , and Maturity level of the school ? Keep your kids away from this one.

He has candy in his van.

No, no candy, but she would have a great time.

All 5 seconds of it.

I personally try not to begrudge people their good fortune.


I understand, but I'm quite different than you. Carving out a "safe-space" on ATS to vent my frustrations has hardly any impact on her and the kids. Regardless, do you feel as though she deserves it compared to the countless others who have worked hard and been awarded nothing?

When did a silly viral video become scholarship worthy?

It has no impact on me because I feel if I had that type of sentiment it affects my personal view on life and how I conduct myself. I was never one for the crab basket mentality and to me it is irrelevant on who may or may not 'deserve it'. Plenty of better things of happened to other people who we can say do not 'deserve it' but I need to worry about me, my family and my personal business.

posted on Jun, 2 2016 @ 05:31 PM
link
This is great. I wish more universities would take note of this act of kindness and generosity.

Maybe they'll get degrees by making videos before graduation?
edit on 2-6-2016 by intrptr because: spelling

originally posted by: intrptr
They won't learn anything, because it was handed to them, they didn't have to work for it.

Maybe they'll get degrees by making videos before graduation?

It doesn't say they are giving them a degree, only a chance to earn one. I imagine they will be subject to doing the work like everyone else. If they can't handle it, then perhaps they will have tried.

The hostility on this thread confuses me. Objections over an act of kindness.

No! I remember it like it was yesterday, it wasn't a Chewbacca mask, it was Darth Vadar! What's happening here, nothing is the same? I know what I know. I remember what I saw. It was a woman wearing a Darth Vadar mask, and sobbing uncontrollably!