Im not any where near an expert on aircraft or flying... Am a jet engine mechanic though... Isnt a bird ingestion pretty unlikely for the altitude? Also would there been some indication of catastrophic engine failure? Theres no evidence of smoke that i can see at anytime from when it looks like he lost control through the entire descent.

He started low so a bird ingestion is actually pretty likely. As for indications, it all depends on what failed. It could be anything from a vibration through the airframe, to a fireball out the tailpipe when it goes.

those turbines dont have vibration trips do they? Id think only thing would shut them down is flame out or overspeed, main propulsion lm2500's all the circuit trips could be overridded, one would think there would be no circuit trips on those engines except overspeed (even that is questionable).. So typically they dont shut down unless they fail catastrophically, or lose fuel... I know he started low but looks like he was climbing well through the ascent, then just started tumbling while still in the ascent.. Like maybe a serious control failure or something... Thinks for replying, not arguing a point just asking questions.
edit on 9-6-2016 by swimmer15 because: (no reason given)

We've lost F-16s that never had the engine shut down, it just suffers enough damage that it produces power at a fraction of normal. The Airbus that landed in the Hudson had both engines running at impact, one was producing something like 10% power, the other between 20 and 25%.

Remember that one. Makes sense especially if it lost significant power. Just figured you see a huge puff or something at least, since it would lean out significantly.

Not usually, unless it's a pretty spectacular failure. If it were to eat a blade, then yeah, you're going to get smoke. If it remains intact, even though it leans out, any smoke trail is so light, conditions would have to be perfect to see it.

posted on Jun, 9 2016 @ 04:09 PM
link
I watched an F/A-18 go down on a cat shot off of the USS Forrestal in the North Atlantic. The pilot ejected safely and landed back on the flight deck. The cause of the crash was the engine ingesting the spray from a wave that hit the bow of the ship.

I saw an A-6 fly through a wave on the USS Independence also in the North Atlantic in 1984. They were able to climb out, jettison externals, dump fuel and recover back aboard. You could see the dents in the leading edges of the wings from the impact with the water.

Military aircraft can be finicky. One can crash if you look at it wrong, while another of the same type can fly through a brick wall and keep on going.
edit on 9-6-2016 by JIMC5499 because: (no reason given)

posted on Jun, 10 2016 @ 04:35 PM
link
Probably one of the classiest moves I've seen in a long time. The Thunderbirds sent a group to Pensacola for the memorial service, and Thunderbird #5 will fly the rest of the season with the Blue Angels logo, and "IN MEMORY OF MARINE CAPT JEFF KUSS BLUE ANGEL #6 OPPOSING SOLO" on the inside of the nose gear door.
edit on 6/10/2016 by Zaphod58 because: (no reason given)

originally posted by: Zaphod58
After watching on my laptop, I'm going with power loss. I could see more detail now, and it looked like he may have been thinking about trying to come down the backside of a loop and go for the airport to try to put it down. Trade altitude for airspeed.

To me it looked like a normal reverse half cuban maneuver. I wonder if the cloud layer might not have contributed to a premature pull down from the inverted 45 up line into the 5/8 loop. You need good ground reference to position on the show line and to assure the minimum crowd separation, which in the US is 1000 feet for turbine aircraft.

Yesterday the U.S. Navy Blue Angels held a memorial service in Pensacola, Fla. honoring the life of Blue Angel #6, Opposing Solo, Marine Capt. Jeff Kuss. We sent a small contingent of Thunderbirds to support our grieving friends as they mourn the loss of an amazing officer, pilot, friend and brother in arms.

As they continue to heal from this tragedy, we give our unwavering support to the Blues and Jeff's family. We also will pay tribute to Jeff for the rest of the season by flying his name on our Lead Solo’s front wheel well. 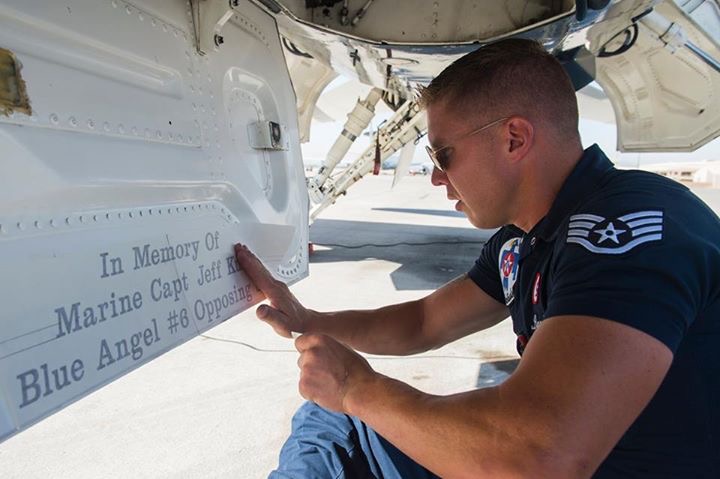 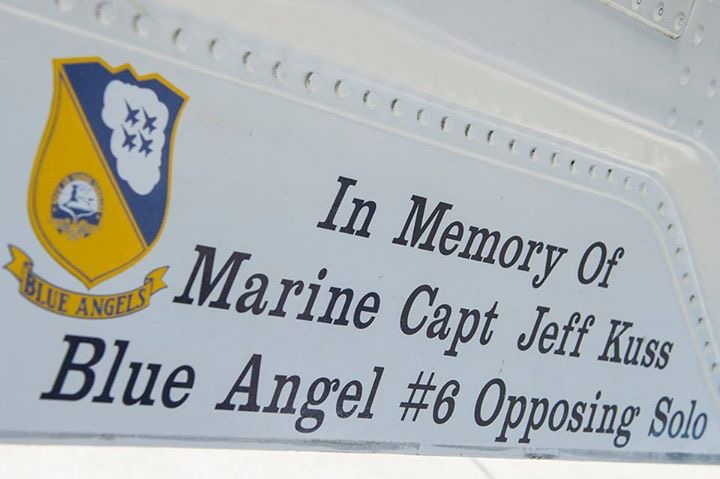 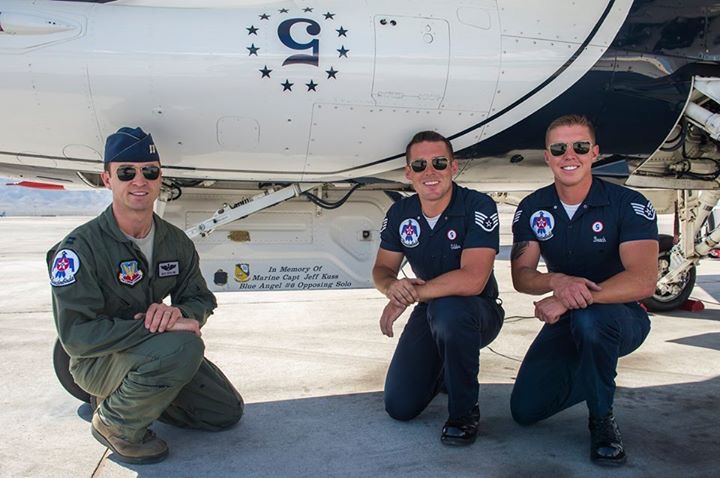 The first show back for the Blue Angels may be the July 16th Pensacola airshow. At the candlelight vigil last week, the statement was made that the first flight back will be over Pensacola.

posted on Jun, 12 2016 @ 09:02 PM
link
The preliminary cause for the Russian Knights Su-27 crash this past Thursday appears to be a stroke suffered by the pilot. He apparently did everything possible to steer away from a village on the route he was on, and crashed into the forest. Investigators have said that it appears he suffered a stroke while on the way back from the demonstration flight.

originally posted by: Zaphod58
The preliminary cause for the Russian Knights Su-27 crash this past Thursday appears to be a stroke suffered by the pilot. He apparently did everything possible to steer away from a village on the route he was on, and crashed into the forest. Investigators have said that it appears he suffered a stroke while on the way back from the demonstration flight.

That's just awful. I wonder if his G-suit played any part in the stroke?

I read something many many years ago about the helmets causing blood clots if you weren't careful. They put pressure on the sides of the neck if they weren't fitted right, or something like that.

This is by no means official, but there's a lot of talk that Thunderbird 6 ran out of fuel during the Base leg of his approach. He reportedly called Joker fuel while they were holding for the flyby, and hit the ground 20 minutes later. Word is that they removed about 100 gallons of fuel before moving the wreckage.

Wow, such a highly trained pilot made such a simple mistake. Atleast he punched out in time, any word on the blue angels crash?

Nothing I've heard, but I hear more from the Air Force side than the Navy.

Apparently the Thunderbirds planned their fuel load based on being so close to the ceremony (10 miles), and a North-South landing. But once they are airborne the addresses ran long, and they switched to a South-North approach.

Is joker fuel the new version of bingo fuel?

No, Joker is used by demonstration teams. It's Bingo + Show fuel.