No right thread, I got a bit ratchety, took my beta blockers afterward's and feel a little better so for getting short in my word's I apologize but I believe that I am correct as far as the tree root assumption goes and am surprised that on that point you agree, the basic premis when that they pipes were fossilized tree root's which they are exceptionally unlikely to be.

You DO have a good point as they COULD be natural formation's though I personally find it unlikely that they are, still there are many thing's we still do not know and natural process can Occasionally produce artifact's that appear artificial.

One hypothesis was that the pipe's formed from a type of mineral depositing action inside natural steam and water vent's but once again I think that is just one of those a bunch of monkey's typing shakespears collected work's explanation's and not really viable.

Once again I got ratchety so Sorry for getting uppity but I stand by my opinion on the pipe's and the only suggestive fact that I find from this is that Basalt is usually rich in Iron and of course Iron is soluble but to layer metalic unoxidised iron that steam would have had to be incredibly hot, explosively so and to a pressure that is likely to be far above the mean strength and saturation propertys of the matrix within which these pipes then allegedly formed for it to have occured at all so that is in my opinion another extremely unlikely explanation.

Howver given that this site is within the time period of modern man's existance it is not totally beyond the possibility that there was at least one lost epoch of human civilization we know nothing about (At least at official and accepted anthropological viewpoint level's), if the circle on the highland's of south africa are really traces of modern man's settlement's then huge numbers of people were living settled existance as far back as 200.000 years ago or more,
themindunleashed.org...

If the argument's about mines in the area that are the same age are true then they must have been working early metal's even if only by beating them and of course this would be a full 50.000 years or more earlier than the age that Chinese have allegedly attributed to the Baigong pipe's, these were modern human's so if they had culture - artisan's - metal work - large settlement's then perhaps they also exported those skill's and even went through a now long forgotten period of advancement that was then lost, remember we are like the proverbial magpie, we loot our own ancient history and destroy the traces of what came before, why cut down a tree when we can take that beam from that old castle, why shape a stone when I can demolish that old tower or why gather stone's to make my dry stone wall's when there are plenty in that old ruin.

Recycling is a very old concept of course.

Now ok that is purely speculative with no WOW evidence to back it up but there is enough suggestion that evidence does exist and has been suppressed to make it a viable suggestion if nothing more.

posted on Jun, 6 2016 @ 05:36 AM
link
Nope, that's unacceptable
The claim for mines came from Zechariah Sitchin with no supporting evidence and the claim for circular structures came from Michael Tellinger Sitchins disciple, the locals who actually built them and who are still building them as cattle kraals and still using them as such is the only explanation that is credible...

Here is enough evidence to prove it 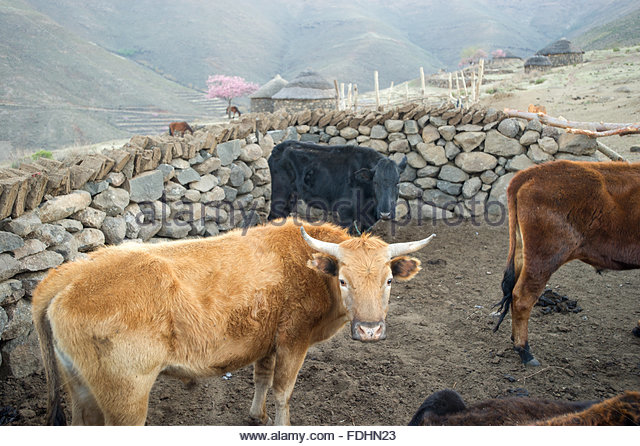 Beef cattle in a stone kraal in a village in Lesotho, Africa

Michael Tellinger and Zechariah Sitchin are not legitimate sources and if you follow the genetic evidence for Human dispersal from Africa, then clearly there isn't room for a civilisation, something like that would show up and it hasn't...
genographic.nationalgeographic.com...

Spot on and intelligently thought out answer, short and too the point.

I buy it and think it is far more likely than city's of that size, large cattle enclosures but with Small human population's and maybe very few tribal city's or smaller villages, a time honoured technique not only in africa but in europe were dry stone wall's were used to keep cattle and sheep inside safe and protected enclosures, not just for wild animal's either but also to protect against thieve's.