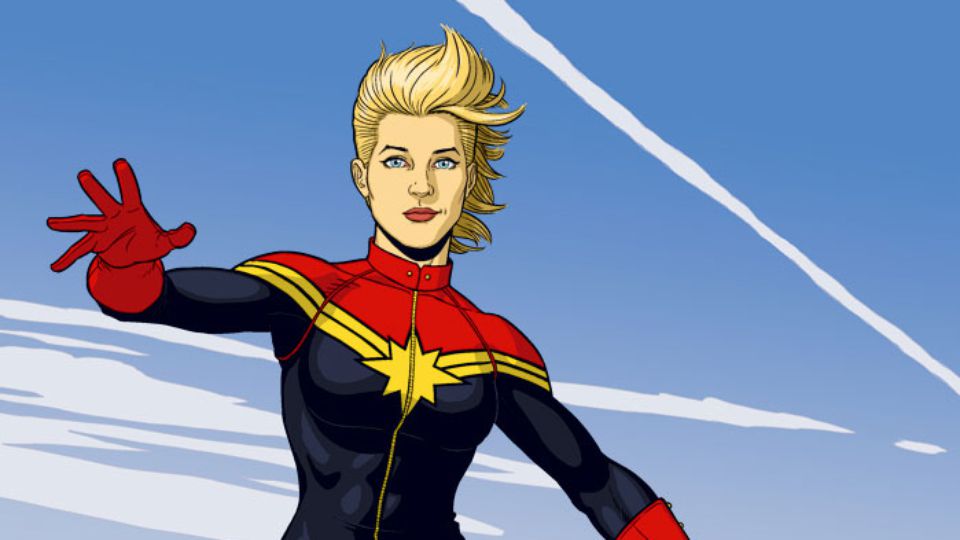 Captain Marvel has a lead role in the oscar winner Brie Larson, she will be the first female to have a solo movie in the marvel franchise.
However no filmmaker has yet made an entrance, and the Studio is hoping to clear that question mark before the summer is over.
The casting is on its way, so let just wait and see who the director is gonna be for a revolutionary fantasy of a rainbow girl franchise.

I believe its gona flop like most things the pretentious studio made in the last decade..

Well now I agree with you. A flop toe it might be, unless they really dig up a great director and he sees a vision we don't see. Nice thread!

Which Marvel movie was a flop? I haven't read the comic so I'm not sure about the casting, I'm totally open to it though.

Supergirl and Catwoman are DC comics, and Elektra was made by Fox not marvel.

*sits back with popcorn

And I'm not even a huge comic nerd lol.

yes they are DC, well its more of the failure of a heroine, it lacks the attraction to bring a crowd cause men cant relate to a female superhero.. And well the female crowd wont see it in the numbers they are hoping for..

IMO Marvel has done a great job since they took over and started making their own movies. I don't see this being any different. Jessica Jones did really well as a TV series on netflix. Wonder Woman on the other hand, I am not really looking forward to. Only because the newer DC movies haven't been that great.

I'm so confused trying to parse the OP. It did prompt me to Google it and find out that Brie Larson is the favorite to be cast in the lead role (is that what the first sentence meant?)

What does it mean that no filmmaker has made an entrance? Who is the pretentious studio? I'm not too keen on Hollywood terminology, but I thought the "studio" would be Marvel/Disney? I'm guessing not, because they're not really known for flops or pretentiousness.

I'm a Marvel junkie, but Captain Marvel was never really an interest of mine. "Revolutionary fantasy of a rainbow girl franchise." - what does that mean? As it stands, reading that phrase makes me want to buy the DVD so I can break it for sounding awful. I'm not up on this upcoming movie at all and would love to know more, but the jargon is completely lost on me.

Anyhow, piqued my interest, but I feel like I'm not understanding a word of the OP, probably because I'm out of the loop on movie production terminology as well as this character.

Your right, the DC movies have gone down hill! I hope they make some changes.

Ok I called a friend and Joss Whedon is the director but things change all the time here in Hollyweird.

He would be a good choice considering how big Buffy was. He knows how to write strong female leads.

Yes and if he stays the movie could make it. He did a good job on Buffy

Who can take a female super hero seriously, seriously

He made quite a bit of cash on The Avengers also

originally posted by: Autorico
a reply to: dogstar23

Thank you - my lostness was annoying me. Glad to "get it" now lol

Whedon is not going to direct this. Or at least nothing I have read is saying he is being considered. All the names that have leaked have been women. Marvel is looking for a woman to direct. Whedon has pretty much moved on from Marvel. Even the next Avengers movies have been given to the Russo brothers.