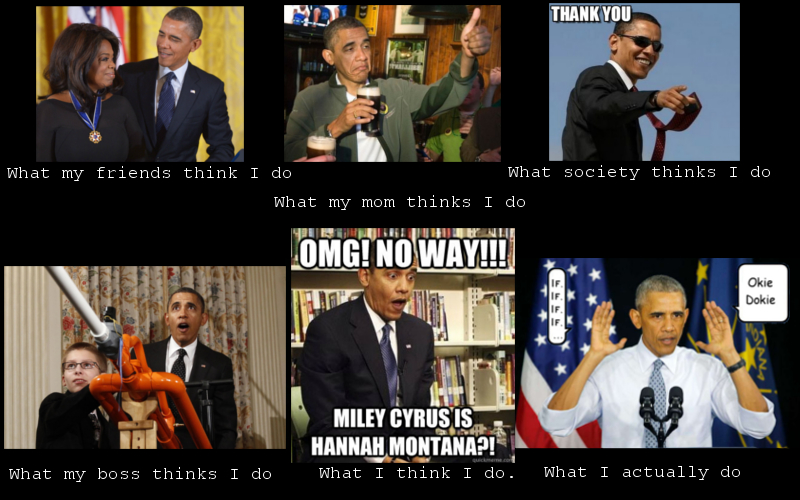 originally posted by: Looselungjones2
Sucks to be president does it. He did it for eight years almost and these losers are still laughing at nothing. The taste of defeat must taste like steak by now huh boys. Get ready for the next round of sad attemps on hill. 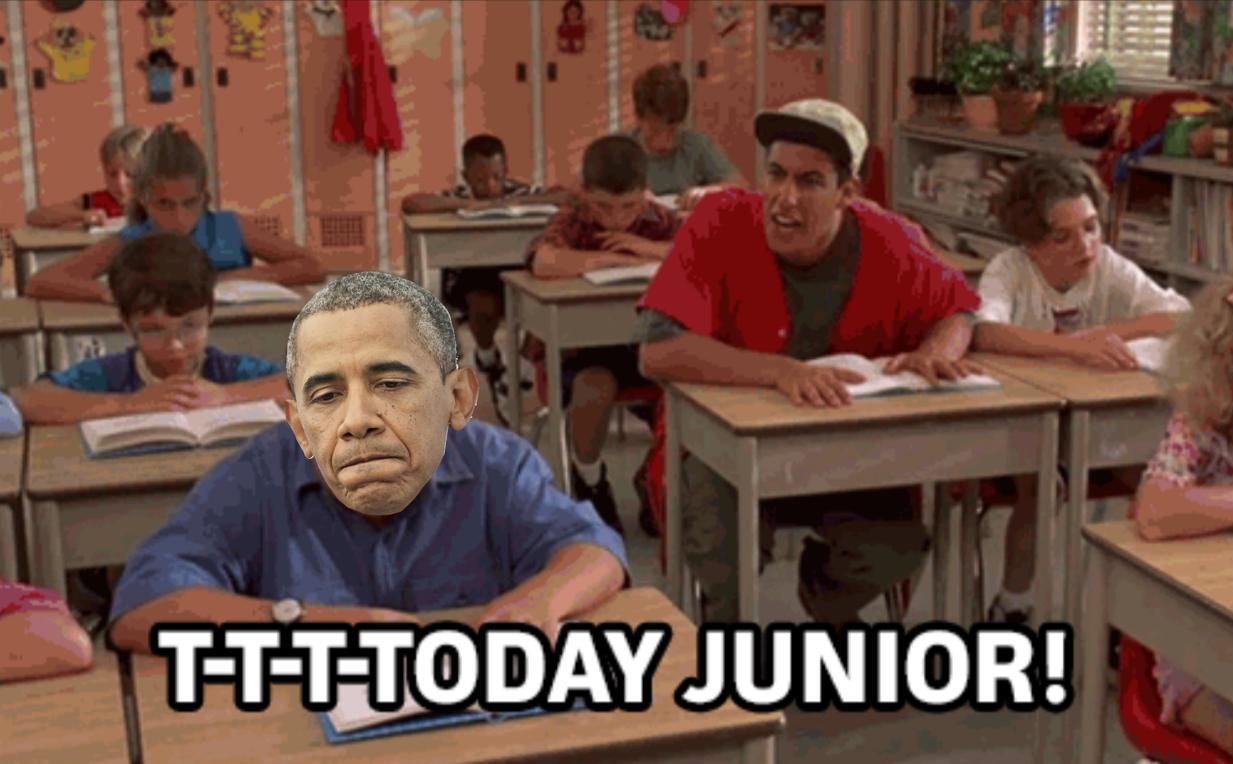 Saddest thing though how absolute ridiculous America looks to the rest of the world!!

Still funniest thing i have seen a long time!! Thanks so much!

originally posted by: onequestion
He's a good actor at best.

Did you notice that the only time Trump has used a teleprompter when he spoke at AIPAC? Other than that he can think on his feet and he would be a breath of fresh air if he gets elected!
edit on 2-6-2016 by ExPatRat because: I meant to say "think" on his feet instead of "talk" on his feet.

Your welcome, I needed a good chuckle tonight too

It's so bad it makes my eyes water. Meet the 44th President of the United States!


originally posted by: IAMTAT
LOVE IT. TY.
What a moron!

Now that statement is almost as funny as the video!
We really do need to educate people about what the government reports as the unemployment rate and what the actual unemployment rate is at this time. Seriously. We should have some sort of system that shows the actual rate of unemployment but that might hurt some government bureaucrats' feelings because it would show just what a calamity we've become.
You do realize that the "unemployment rate" only reflects those who are actively drawing unemployment compensation? It does not include the college kids who have graduated and are looking for work or existing by doing odd jobs and still living as students, on Ramen noodles and beef jerky. It does not include the folks who have exhausted their unemployment benefits and haven't been able to find a comparable job. It doesn't include those who were working jobs that aren't covered by unemployment.
Indiana is suffering currently because of the mess in Illinois and the outflow of moochers and criminals from the Chicago area. Gangs and cartels have shifted operations and expanded their operations to Indy over the past 5-10 years. My guess would be that the only dip in unemployment in Indy would be in the area of providing security services of some type. Indy just made the top ten list of most dangerous cities in the country this year. lawstreetmedia.com...
But if you want to believe the fairy tales being fed to you by msm and the political machine behind them, enjoy the ride. I'm pretty sure they were reporting the government figures in the lead-up to the troubles in Venezuela. The figures our government is putting out now are just as fudged as those reported a decade or less ago in Venezuela.
At least now we'll have another clown to entertain us for a few years.

posted on Jun, 2 2016 @ 03:03 AM
link
I support no one but I think even he is dazzled and can't find words after the prompter goes down and turns almost speechless to dt's actions

You can lead a person to the facts but you can't make them think.


Yeah, well, unfortunately, I've seen and "debated" enough Obama groupies to know these people do not see this man the same way normal people do.

He's always been talking nonsense and lying and pulling the same old rhetoric (maybe slightly changed up from time to time).

The problem with Obama isn't that he isn't a competent speaker (most of the time). It's that he's damn good at lying and deceiving and drawing people into his BS. This man is good at what he does. Now what he does is disgusting but you should never underestimate a guy like him. He's not stupid and his fan club is loyal and dedicated.

The same goes for people like Sanders. Don't underestimate them. Dislike them. Despise them. But thee guys are playing for keeps and they will take advantage of any and everything they can get.

The problem, Mr President, is that any intellectual man would know that a moral decline = unsafe chaotic society. Mr president, you are throwing Morality out the window. You are therefor causing chaos in society. When a society abandones morals, it becomes a ticking time bomb into collapsing.

originally posted by: Swills
a reply to: Teikiatsu

That movie is a family classic. My family goes on vacation like that every 5 or 6 years, all of us together to someplace rustic. We even have a bat in the cabin story of our own. So when that movie came out, it was something we all immediately identified with, including the bat! I don't think I've ever laughed that hard at a movie.

originally posted by: Domo1
Trump is bashing Hillary right now for using teleprompters. He has some oddly good timing sometimes.

Your kidding? Trump is the man who only speaks two-syllable words or less, interspersed with 'Huuuge' 'Tremendous' 'Okay?'...'Badly' 'Problem' 'cause' 'Thank you' (about himself)....'Bedlam' 'Trump' (often)....'service'... sometimes, 'Paris' 'Sweden' and California.

Just imagine that coming out of Reagan's mouth or Bush's ... or Clinton's for that matter.

I know what okie doke means and it is not used in that manner at all.

Nobody in this thread is crying, they are just pointing out facts. It seems you are offended by facts.

posted on Jun, 2 2016 @ 07:11 AM
link
You guys are so funny. Obama has a teleprompter malfunction, looks silly trying to recover and you take the opportunity to have a Right Wing dog-pile/circle jerk.

originally posted by: introvert
You guys are so funny. Obama has a teleprompter malfunction, looks silly trying to recover and you take the opportunity to have a Right Wing dog-pile/circle jerk.


I would've felt better if this entire presidency wasn't a malfunction.