Just a couple of comments below yours is a "witness" claiming to have seen somebody in full body armor walking around and that it was the shooter.

You can't honestly tell me that with "witnesses" saying stuff like that on Twitter and tv that you genuinely believe finding a note trumps everything else.

originally posted by: xuenchen
I think there's a lot more to this than they are telling.

posted on Jun, 1 2016 @ 04:20 PM
link
I saw helicopters flying over Los Angeles and wondered what the hell was going on.

Even weirder this happens a day after Milo spoke there. Any relation?

No, I can't. But I hope facts would prevail over hysteria.

That's fair, and I agree. But facts have to be confirmed (I'm being cheeky using that again lol) before they're facts. And as sublime pointed out, a response doesn't just disappear in a few minutes.

posted on Jun, 1 2016 @ 08:36 PM
link
These shootings happen all the time in Los Angeles. It only makes the news if its near a school. Even then, it depends on the school.

posted on Jun, 2 2016 @ 12:08 AM
link
Murder victim ID'ed as William S. Klug, 39, an associate professor of mechanical and aerospace engineering. 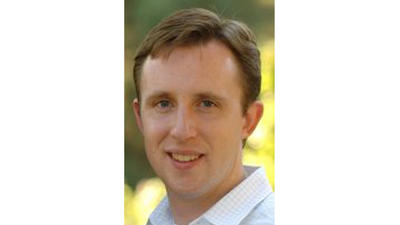 I guess if you are near a crime scene you no longer have any civil rights. Do we live in a banana republic? 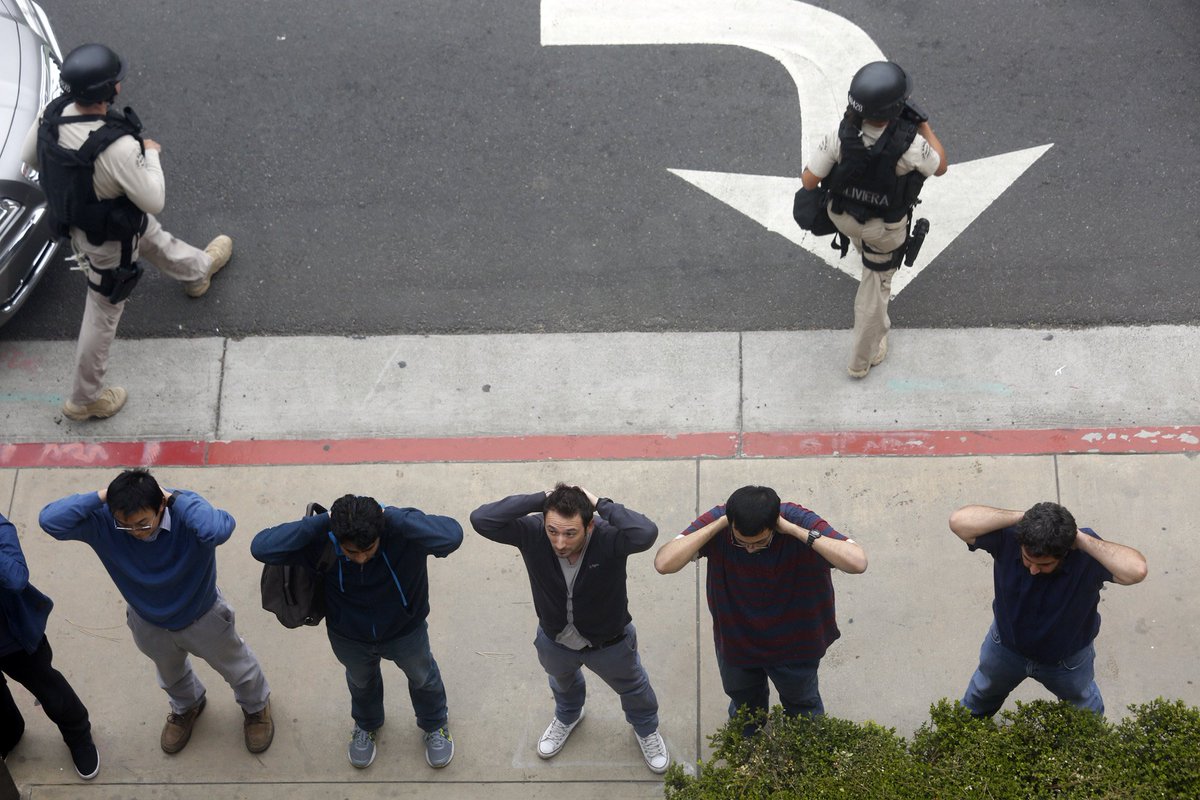 ...rumors were scattering across campus. Two shooters. No, four. The shooters were wearing police uniforms. They had assault rifles.

originally posted by: starviego
I guess if you are near a crime scene you no longer have any civil rights. Do we live in a banana republic?

What on Earth are you talking about? There are no rights violations shown in that image.

You have the right to be free from "unreasonable" search and seizure. It's pretty reasonable to be searched for weapons near an area where people were shot and killed, and the shooter is on the loose.
edit on 2-6-2016 by WeAre0ne because: (no reason given)

www.dailymail.co.uk...
Students could see the man walking fairly 'quickly' across Rolfe Hall courtyard after shots had been fired in another building on the campus. Students who took any photos were all told to delete the images from their cell phones by teachers. But in all seriousness, what team of cops walks into an office, finds two dead guys, a handgun and a suicide note and calls out the SWAT teams? I honestly do not understand how that could happen. They couldn't believe their own lying eyes once the tweeters got going with helpful hints and clues? Are police investigations now run by Twitter for real?
I'm not trying to be ugly here, I'm honestly confused about how such a fluster-cluck could happen over a murder/suicide. What the heck is going on? FBI command center called in for a student shooting a teacher and himself? Are these guys on drugs?

originally posted by: diggindirt
a reply to: Shamrock6
Are these guys on drugs?

No, just on overtime.

posted on Jun, 2 2016 @ 02:15 AM
link
a reply to: starviego
Gottcha. That is indeed a rational observation. Budgets are being expanded. It just seems like shutting down a rather large section of the city because of a murder/suicide on campus might backfire on them. It all seems quite bizarre to me.

posted on Jun, 2 2016 @ 06:37 AM
link
Just wanted to say, rest peacefully, to the professor who was murdered. He had 2 sons, and was their little league coach

I'm guessing the 911 calls were more along the lines of "there's somebody shooting at UCLA" and not "a guy walked into my engineering building and killed our professor and himself and everything is fine now."

You're applying facts known later on the a response dictated at the very beginning of the incident.

And again: had this turned out to be something other than it was and LAPD sent two units to check it out, we would be excoriating them for the lack of response.

As for the FBI command post, no idea. I know the LA office of the bureau is huge but I don't know where it's at in relation to the campus.
edit on 2-6-2016 by Shamrock6 because: Somehow quoted part of but not all of dig's comment. I have no idea what I did

The pithy overtime comment was cute and all, but not entirely accurate. I would wager most of those responding yesterday were on duty already, including tactical officers.

And I don't know where you've heard budgets are being expanded. My agency is running at a staffing level somewhere between 10 and 15 years behind the population level for the community we serve. And we just got our budget request for more officers cut by over half.

posted on Jun, 2 2016 @ 09:23 AM
link
The press and website banners this shooting is generating the day after..even after it was determined to be no big deal, is ridiculous. Is it because the school was at UCLA and in the state of California?

If it were NoName Tech and in South Dakota...

I noticed that, current headlines:

Just a murder-suicide in a small UCLA office. And so America shrugs

Condolences to the families of the affected.

The fbi is located less than a mile from the ucla campus. Its in the federal building on the corner of wilshire and veteran.

Yeah I just came across some post. Dated march 10, attributed to him, where he accused the victim (klug) of stealing his code that he was working on and gave it to another student.