Finally after 11 years, I chose my profile picture

posted on May, 31 2016 @ 11:54 AM
link
I went with the Signal Corp logo because my service in the military changed my life forever, in a positive way.

Thank you for your Service sir.


Edit..congrats
edit on 5 by Mandroid7 because: added 2

I thought you would have went with a Hillary Clinton photo.

You picked a good one. Thank you for your service to our nation.

originally posted by: Meldionne1
Awesome !.... Glad you found your logo. I still don't have one, and have no idea what to use or how to upload it ! Lol...maybe some day I will figure it out......

If you use windows, just find an image you like, open the image with paint, and resize it by pixels....the mine is 180x180 pixels.

There is a thread on here somewhere that tells you exactly everything you need to do.

I thought you would have went with a Hillary Clinton photo.

LOL I could see why you say that.

In my 11 years, I have only focused on two topics....... Fukushima and Hillarys classified information debacle.

I would much rather focus on fun stuff, like Electronic Voice Phenomena, in which I have 100's of hours of hands on, do it yourself experimentation.

EVP's still fascinate me, and I am planning to get back into recording them now that I am retired and I have plenty of time.

Helps that I now have a cemetery less than 300 yards from my house. LOL Just typing this is giving me that urge to go out recording again... tons of fun.

originally posted by: RickinVa
In my 11 years, I have only focused on two topics....... Fukushima and Hillarys classified information debacle.

How about a photo of Hillary in Fukushima.

And not a photoshopped one either.

That's really nice! Good choice.
I'm quite surprised to hear there still is a Signal Corps in this age of electronic communications.

Maybe you'd be kind enough to tell us how service in the Signal Corps changed your life so much?

Thanks for your service.

I've got about 30-35 different ones...I change them every couple days based on how I'm feeling.

No 1 picture can represent my total and changing feelings day to day...

You'll see many here do the same....but it's an individual thing....

I see you showing your true demonic, nefarious and dark Masonic leanings. In this case, I join you in your sentiments but have one question.

Can we eat bacon while we watch it all unfold?

The signal corps was my stepping stone into civilian government service, like so many other people.

You learn things in certain military skills that are not taught in colleges, the only way to learn it is to serve..When I was getting ready to depart the service, I was talking to the civilian chief of the site where I was and he asked me a simple question..

"You're getting out soon.... you want a job?" All the civilians helped me get my application together and he was able to request me from the applicant pool based on the veterans relocation act.

Walked out one day in uniform... came back two months later as a civilian government employee doing exactly the same thing I did in the military, except for a whole lot more money.

I quit shaving and cutting my hair for several years.... hair got down my waist with a beard.... when people would come looking for me... they would tell them... he is in the back,,, just look for Moses. lol Then one day I realized how thin I was getting on top and had it all shaved off the very next day... keep it very very short ever since.

I stayed with the Dept of Defense until I was selected by the FBI for my last 7 years. I did a interview with the Secret Service communications team at the same time I applied for the FBI position, but wasn't selected for the SS... good thing in retrospect.... those guys spend way too much time away from home traveling... I am not a huge fan of constant traveling.

originally posted by: LightSpeedDriver
I see you showing your true demonic, nefarious and dark Masonic leanings. In this case, I join you in your sentiments but have one question.

Can we eat bacon while we watch it all unfold?

Only if we get to fry it on Hillary's radioactive coconut.


originally posted by: RickinVa
In my 11 years, I have only focused on two topics....... Fukushima and Hillarys classified information debacle.

How about a photo of Hillary in Fukushima.

And not a photoshopped one either. 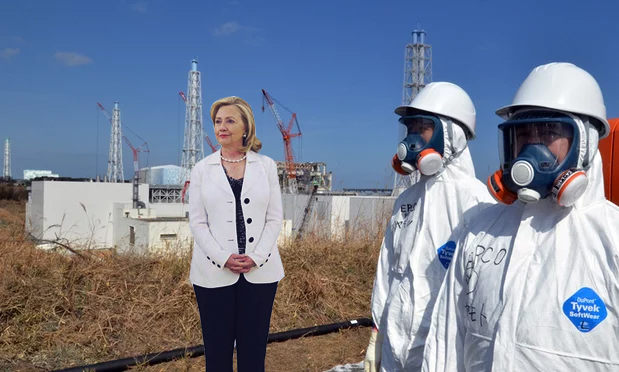 posted on May, 31 2016 @ 09:43 PM
link
well, you know, choosing a profile picture for ATS isn`t something that should be taken lightly although i think 11 years might be rushing things a bit.

I still haven't set my profile/avatar yet and am still thinking about it. But like most things I won't hurry yet, it needs a lot more thought.

I do like yours though and some of the pictures are really artistic, some are quite revealing and others are so funny they are brilliantt

Thanks for the information. That's a heart warming story.
Good luck!