posted on May, 31 2016 @ 07:15 AM
link
In 2001, there was an exhibition in Vienna, Austria with a collection of the worlds weirdest artifacts. Pressetext (german)
I translated a bit for you:

Displayed are amongst other artifacts which clearly show that thousands of years ago there were cultural connections between the continents. " This is proven by 5.000 years old artifacts of the Valdivia settlement, Equador, identical with those of the japanese Jomon-culture."


If you're a youtube person this is where you can find it.
One of my favourite pieces is the La Manà pyramid 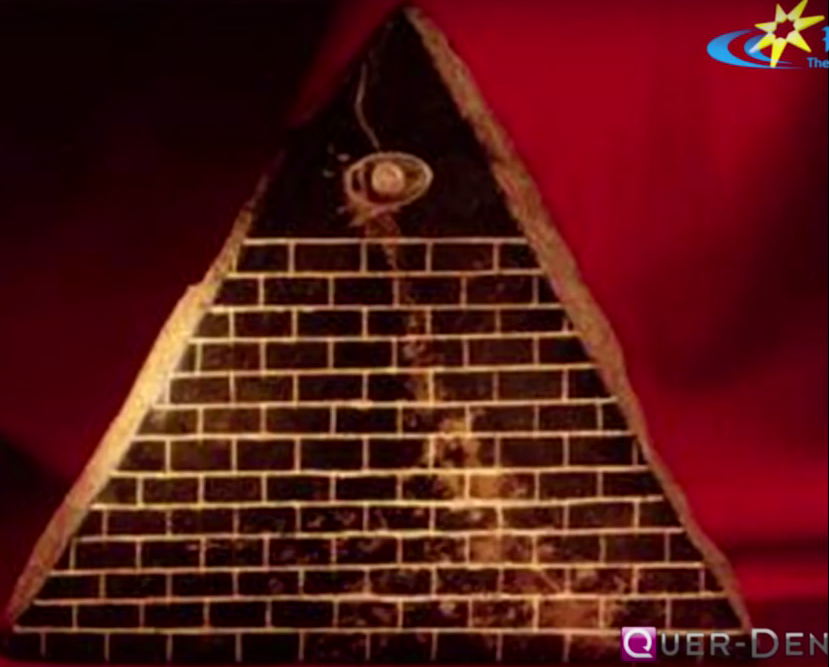 with a depiction of Orion on the bottom.

You can read more about it here.
Other highly curious artifacts are this mask 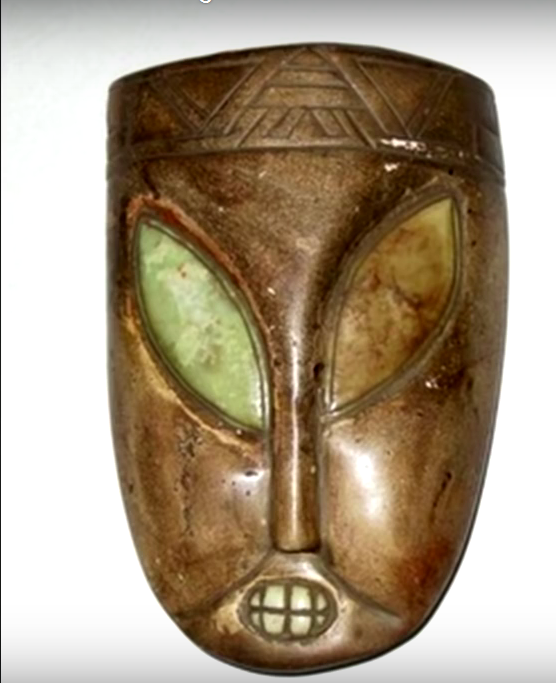 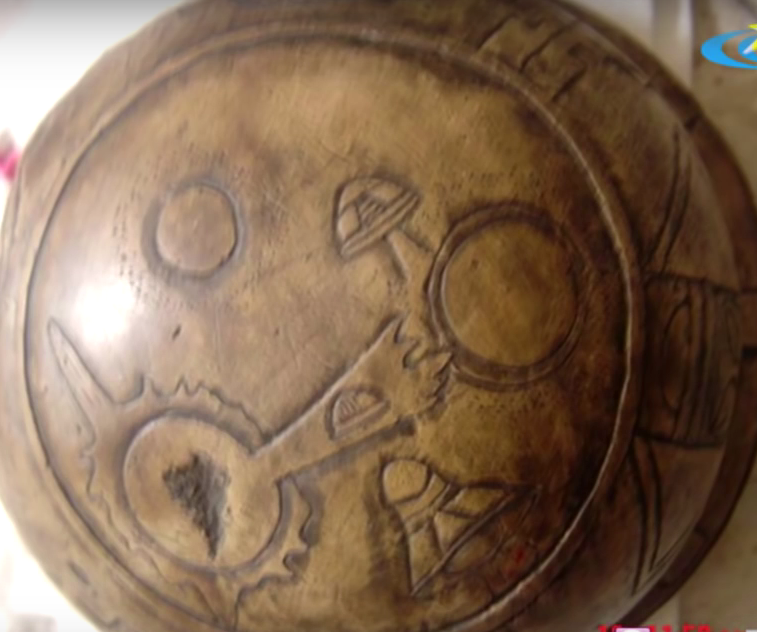 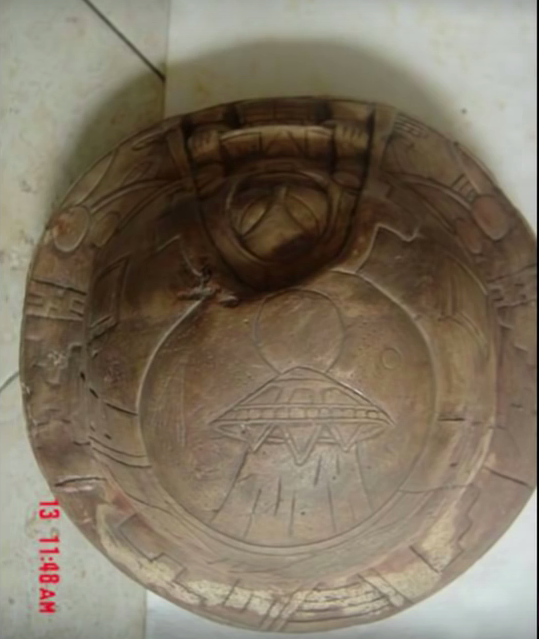 And an Isis staue found in China 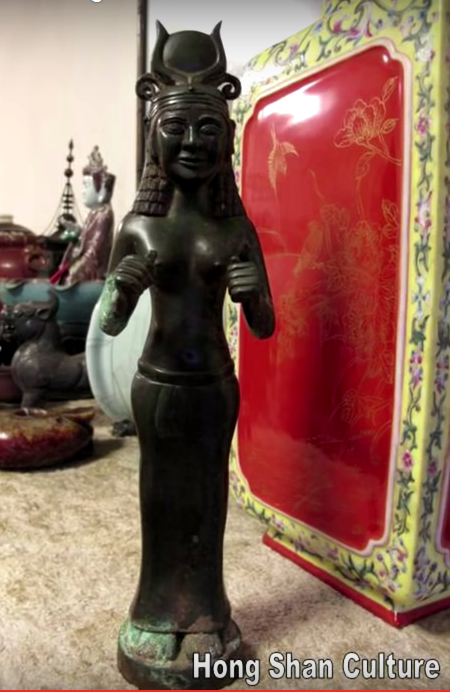 The theory is that the lost continent of Mu predates all these cultures.
wiki


Mu is the name of a suggested lost continent whose concept and name were proposed by 19th-century traveler and writer Augustus Le Plongeon, who claimed that several ancient civilizations, such as those of Egypt and Mesoamerica, were created by refugees from Mu—which he located in the Atlantic Ocean. This concept was popularized and expanded by James Churchward, who asserted that Mu was once located in the Pacific.

And then there are egyptian hieroglyphs found in Australia.

posted on May, 31 2016 @ 07:26 AM
link
A very interesting collection. Maybe human history was quite different than we were told.
I remember an Interview he had a while ago.


These are the people that said the hieroglyphs were real?

do you mean hieroglyphs are a scam ?

A natural reaction. But I disagree. Earth shattering and mind blowing. Why should someone hoax it? There is no money to be made.

No.
I mean those particular hieroglyphs. Look in to the "experts" who claimed they were real.

The real experts say they're fake.


They have long been dismissed as fakes by authorities and academics since their discovery in the 1970s but there are still ongoing attempts to prove the theory they were carved by the ancient Egyptians.

Time well spend... I don't agree with everything but I'm strong believer that human history was quite different from what is told.
Greetings.


There is no money to be made.

Seriously? You see the gullible pour money in to these scams. Speeches, DVDs, books.......
The Khemet School of Ancient Mysticism? They offer tours for god's sake. Oh, and just for a little more fun, look who guides their tours.


Hosted by Brien Foerster and joined by Speakers

No. I just don't dismiss it.. If the hieroglyphs were fake how come there was a pathway discovered nearby? Scans showed it's leading to a grave.

And I spent hours looking into it, didn't cost me a cent...

posted on May, 31 2016 @ 07:59 AM
link
You already have your mind made up, despite the evidence I've given toward this being fake as a $3 bill. I am not going to waste my time trying to change that. Follow the links. Do some research in to the "experts" who claim these are real.

Yes, I agree with mister Klaus in general, there is a lot more to our history, but I don't agree with all his interpretations and conclusions.

Well to be honest I did not really research enough about him to be sure : )

if anyone is interested in alternative history, there is an awesome series on youtube, titled the survivors by user newearth...i really recommend it, but it is a long watch with a lot of interesting information, even some facts but also mainly alternative opinions and interpretations.

a reply to: DAVID64
from the article:


But Professor Ockinga, who first saw the inscriptions 20 years ago, says there are many reasons why they are not accepted as genuine hieroglyphics. "First of all the way they're cut is not the way ancient Egyptian rock inscriptions are produced, they're very disorganised," he said. "There's also a problem with the actual shapes of the signs that are used. "There's no way people would've been inscribing texts from the time of Cheops from the signs that weren't invented until 2500 years later. "That's a chronological discrepancy," he said.

my point is.
That markings are there.
who or what and how they were made is left to be discovered. Just to say they are not egyptians is not sufficient enough to discredit the whole thing or site as fake...as far as I am concerned.

This is a conspiracy site, right?

As they wanted to dig Australian officials immediately said: no.

You act and sound pretty mainstream.

'Professor Boyo Ockinga says it is likely the engravings were made in the 1920s, when there was widespread interest in ancient Egypt after the discovery of the Tomb of Tutankhamun. '

So why don't they date the writings ?

The video is not working.

posted on May, 31 2016 @ 09:07 AM
link
Every one of the artifacts presented in the OP is a modern forgery. The complete lack of patina alone makes that quite obvious. Not to mention the fact that several of them have already been debunked numerous times. Nothing there is more than 100 years old (give or take).

posted on May, 31 2016 @ 09:57 AM
link
a reply to: Peeple
The truth is some where in the middle, me thinks. The nod has to be given to mainstream archaeology, as they're the ones doing the detective work, and piecing the puzzles together. At the same time, I think they don't want to deal with anything that doesn't fit their paradigm, until the evidence becomes so overwhelming they can no longer deny it. Unfortunately, some artifacts and hypothesis never get the chance to collect that overwhelming evidence, because of vested interests funding the digs and paying the salaries of those directly involved.

Cool thanks for the video suggestions.

This piece was also found in La Mana. 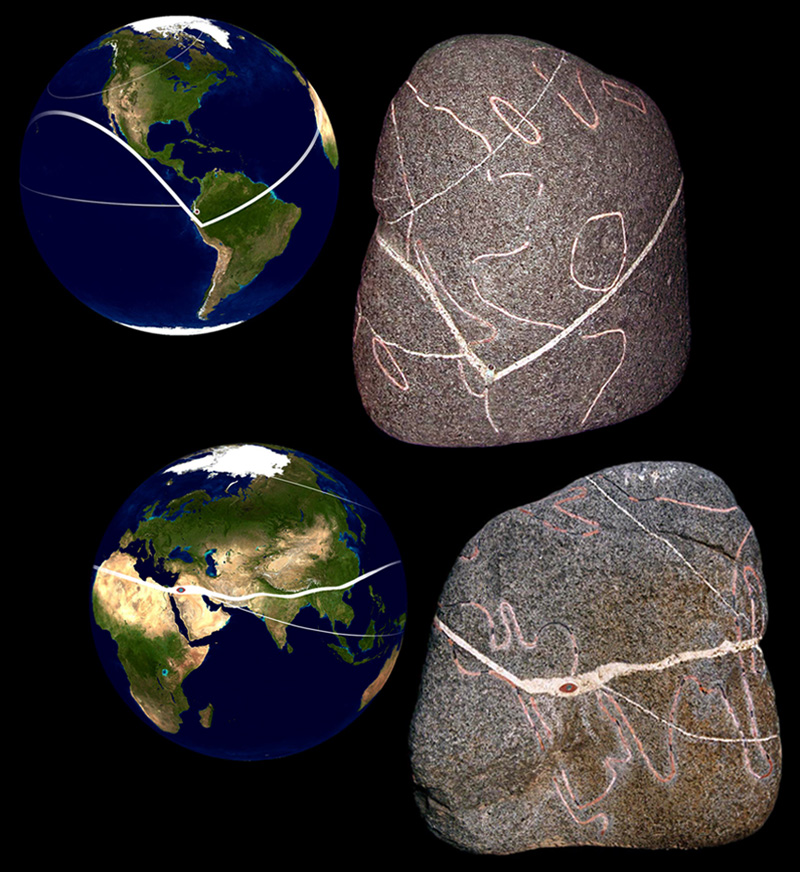 What I find interesting is the eye inlay is where Jerusalem is and the dot inlay where the artifacts were found. With 3 extra "continents" on it.
Also India is depicted larger than it is today. Which is interesting, because 2005 the tsunami showed there were lost under water cities, which leads to the suggestion India had indeed a lot more landmass once. CBS