It's not their fault, it's yours! Swedish GIRLS blamed for rise in migrant sex attacks

I was sure it was going to be some Moslem cleric.

It's because they dress like sluts and are just asking for it.

visitedbythem
+16 more
posted on May, 30 2016 @ 09:52 PM
link
Something like this will change their minds about the attack. This is a Corsican Vendetta Knife. Part of my collection 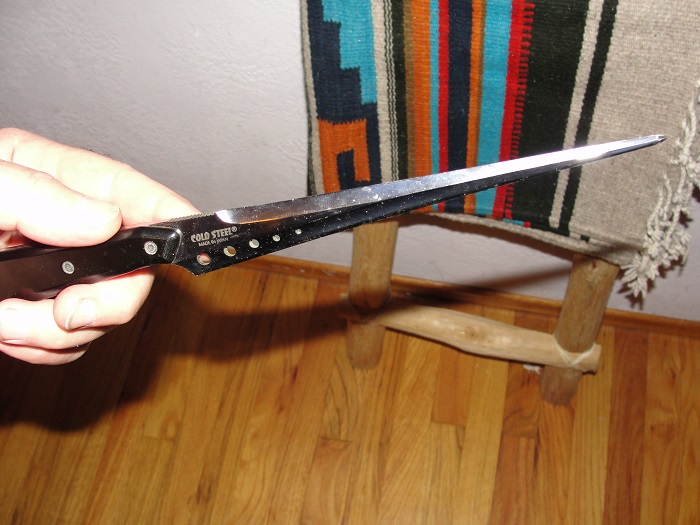 But I think a better choice of personal protection would be balls of bacon. Not only are they legal, they don't require the user to have previous experience with wet work.

This is what happens when you become an apologist state. You make excuses for everything and now apparently child molestation and rape is completely okay in Sweden. What's next? It will be okay to beat up a gay man in the street or behead a christian because they "just can't handle themselves". Ugh

Yes, the "Blame Game" excuse is worldwide, and getting worse....

What a lovely piece of propaganda to deflect blame from the ineptness of the Swedish government to exercise a proper vetting process for the migrants.

It is an enigma that victims are treated as criminals and criminals as victims in this latest globalist push to force integration where it is not welcome.

As for the deluded youths perpetrating these acts, they are a byproduct of a culture of Wahhabism where females are mere commodities to be used at the discretion of males - they should be sent back to where they came from and the invoice sent to the House of Saud.

It seems that a lot of them are christian rather than muslim.I often see them here in Germany coming out of Aldi with a sixer of cheap beer.(Cheaper than the water in the same store😃)

All that need be done is to ramp up the police presence and beat any perpetrators into hospital.Or into a morgue.Make it really,really clear that ladies are sacred.

The Sauds don't want them but, the Sauds are happy to build Mosques for them in your country.

sweet looking knife. is it double edged? what type of steel. my favorite is a benchmade 440c and an aus8. they both work great at cutting things up

they should be sent back to where they came

Generally speaking YES i agree . But i must say that there are legitimate refugees running for their life from war. Let's hope that most of these people have already "arrived" and have been settled into European society one way or another. But the loose cannons,single males and the current influx of boat people are no more that economic migrants seeking the fruits that western society have on offer. Housing,money,education,medical etc that must be a enormous financial burden on the European population.

They can't even carry mace IIRC. It's disgusting.

Sweden is beyond screwed up. Really all of Europe is disgusting. I saw a guy from Norway that was raped by a migrant male whining that his RAPIST was going to get deported.

so what do you will happen if europe gets over taken or whatever?

Its time muslim men were told to behave themselves or they will face the Western version of punishment e.g. castration. It would be a very good thing because they seem to think that having loads of kids they get benefit for off of other families who control the number of kids they have stopped.

I am sick of the PC idea that we should change our culture to appease muslim beliefs many of which I find disgusting. I also think its about time our governments realised that although they are licking Saudi buts we would like th choice as to whether we want to mix with muslims of not - we pay taxes and we deserve the right to say how much integration and whether any religious courts should be allowed in our country.

The other day on the British news we saw a woman arguing that all religious courts should be stopped in Britain. She made the point that they were there primarily to stop women having any rights or say over their lives. She was rudely shouted and talked over by some dick from some islamic council - men only of course - and it was a very good example of what these bigoted and mentally sterile men would be like were they ever to get any hold on our society.

The Swedish police need to protect their countries and especially women rights - were these not Vikings in the past perhaps too much neutrality has neutered them.

originally posted by: tommo39
a reply to: gladtobehere

originally posted by: Miccey
Yes it is...And its our own fault.
You reap what you sow...(Not sure about spelling)

they would lose alot if it were my kids slowly and painfully, then they could choke on it.

why dont the women of that country stand up for themselves if the men wont? the whole PC BS is infringing on peoples rights and some point something will break. i dont think it will be pretty