The Flat Earth Society is triggering my triggers.

If by "globe" you mean, flat disc spinning on a digital pancake, then yes, they're everywhere.


The Earth is not flat idiots! Just admit that you are trolling for clicks on YouTube


Normal people are not going to take you serious when you have to call people idiots to prove a point. Just admit you're trolling for stars and flags.

That is not a fair statement.

First: There are pictures enough showing the ice-wall... Now you can start debating if it is Thé Ice-wall... thats another story.
But as long as Antarctica is military a controlled zone.. you can not expect or ask for pictures taken with the purpose of proofing.. simply because acces is not allowed.


Who told you it is military controlled?

You don't even need a passport to go there and many companies where you can book a flight on which will take you where ever you want over the Antartic.

Making up excuses for lack of evidence shows even the pushers of the flat farce know it is BS.
edit on 30-5-2016 by Grimpachi because: (no reason given)

Yes, they have members in all four corners of the Earth
edit on 30/5/16 by LightSpeedDriver because: correction


originally posted by: Grimpachi
Why don't flat earthers ever show a picture of the edge of the earth or the so-called ice wall. 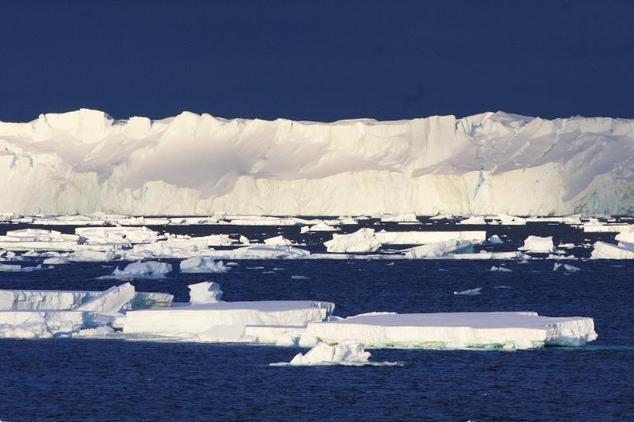 That isn't a wall.

How to they account for the ISS images...time lapse movies? If someone responds with a fisheye lens, I'm voting for Hillary...

funny every cvilization ever knew the earth to be flat

troll game is on point...

either that or im not going to waste my time arguing with you, i can tell it would just go around in circles...

I have a sundial.

It's like a clock that uses shadows to point out the time..

Not only do the shadows point in different directions, they get shorter at midday and longer at dusk and dawn.

This fairly clearly indicates that the Sun must be moving around me in three dimensional space, at least for half the day.

I also have a telescope and can see a similar occurrence with the motion of the stars.

In looking at the moon and the planets, I can see that they are obviously spherical. The path of the Sun and stars around me and the fact that other planets are spherical strongly suggests that this Earth is also.

If I place two sticks or columns apart at a distance, pointing up directly, horizontally from the ground, and I record the time when the shadow is smallest for each of them, I can interpolate and calculate that there is an angle between when the columns are pointing at the Sun. This means that the surface under them must therefore be convex. Knowing the distance and the angle, I can use a Pythagorean relationship to calculate the radius of the curve. Eratosthenes the Greek mathematician did this about 200 BC and calculated the radius of the Earth to a high degree of accuracy (he used two wells rather than two columns but the concept is the same).

You can also repeat the same measurements on a grid over a fairly large surface area. It's not flat.

Well , you got me wondering now.. I give you that Sir.

I did a quick search now and it seems you do need a permit to travel freely on Antarctica.

Any person on a British expedition to Antarctica or taking a British vessel or aircraft into Antarctica will need to apply for a permit to the Polar Regions Department of the Foreign & Commonwealth Office (FCO).

Edit: I stand corrected, it seems that another example: The Netherlands, is not asking for a permit or a Visa. ( You do need a 6 months valid passport it says )

Edit 2: I take that back again : ) I still have to find the unlimited free acces for all passage.
edit on 30-5-2016 by EartOccupant because: (no reason given)

You cannot reason with these people. They have created their own physics and science to argue with logic.

I just ignore them.

I really think this entire flat earth madness is some kind of psy-op. That's my theory and I'm sticking to it!

For whatever reason the UK has some rules for its citizens.

As a US citizen I am not required any of that.

Antartica isn't owned by any country even though some have laid claim to it they are not recognized internationally.


And we all have the right to call your opinion bat # crazy.

Yes, but you would have to b4tsh!t crazy to read a response and believe that it was my opinion. But hey, thanks for weighing in, snowflake.

originally posted by: BLee8127
a reply to: BIGPoJo


The Earth is not flat idiots! Just admit that you are trolling for clicks on YouTube


Normal people are not going to take you serious when you have to call people idiots to prove a point. Just admit you're trolling for stars and flags.


This is the Rant section is it not?

originally posted by: Akragon
Just jump in a plane and start flying.... eventually you'll hit a wall... or something

Please, while they are up there looking for the edge of the earth, please sample the deadly chemtrails?

If by "globe" you mean, flat disc spinning on a digital pancake, then yes, they're everywhere.

How do you explain this?


iolation of the Antarctic Conservation Act carries penalties of up to US$10,000 in fines and one year in prison. The Departments of the Treasury, Commerce, Transportation, and the Interior share enforcement responsibilities.[citation needed] The Act requires expeditions from the U.S. to Antarctica to notify, in advance, the Office of Oceans and Polar Affairs of the State Department, which reports such plans to other nations as required by the Antarctic Treaty.[citation needed] Further information is provided by the Office of Polar Programs of the National Science Foundation.[citation needed]

And there are protected zones.. where you are not allowed..
LInk

So I guess you are not right after all.

Edit: Many, many rules , regulation, insurance stuff, inspections and reports...

I am sure there are protected areas, but they are relatively small. Seal habitats and such. If a person wants to treck across the Antarctica to get a picture of the end of the earth no one will stop you, but they will make fun of you.


There are a few guys down at the port close to me who have sailed to Antartica. No passport needed.

And one just departed... curious if he vanish..