Asus unveils Zenbo, a cute robot for the home priced at $599

I currently own several ASUS products and during my many years in the PC sales/service business developed a love/hate relationship with their many different pieces of hardware/peripherals/accessories/etc. It doesn't surprise me that they have been developing a robot for home use, but I won't be buying one any time soon. My personal experience has proven to me that it is often prudent to wait for a 2nd or 3rd iteration of a technological device before taking the (expensive) plunge. I can't justify spending this kind of money on a Zenbo, but, if money was not an object, I probably would purchase version 2.1 or later. As one of the comments following the articles states: Wait until the Japanese version comes out because it will cook/clean/fornicate.

Asus has just unveiled what’s likely to be the most talked about product at this week’s Computex trade show in Taipei, a cute talking robot for the home priced at $599. Called Zenbo, Asus pitched it as a personal assistant that can help look after elderly relatives or read stories to the kids, but that might be selling it a bit short. The robot is about two feet high and rolls around on wheels, with a display that can show its animated face or be used for other things like making video calls and streaming movies. Asus Chairman Jonney Shih demonstrated Zenbo at a press conference in Taipei Monday, giving it voice commands and asking it questions is it rolled around the stage. “Hey Zenbo, is it true you can take pictures”? he asked. “Yes, I can take photographs,” the robot replied. He told Zenbo to take his photo with the audience in the background. Shih positioned himself on stage and Zenbo trundled over and took his picture. It was an impressive demonstration, assuming the Zenbo wasn’t being remotely controlled somehow from backstage. 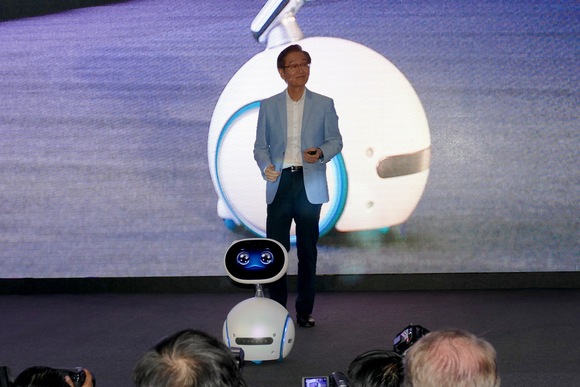 There was no word when Zenbo will go on sale and a spokesman said Asus doesn’t yet have a ship date. It wants developers to sign up for a software kit that will let them build applications for it. But Zenbo appears to be able to do quite a lot already. A big part of the pitch is caring for the elderly, which could be especially popular in nearby Japan, which is struggling with an aging population. Zenbo "helps to bridge the digital divide between generations" by allowing seniors to make video calls and use social networking with simple voice commands, Asus said. It can also connect to a smart bracelet and alert relatives via smartphone app if their elderly relative has a fall. 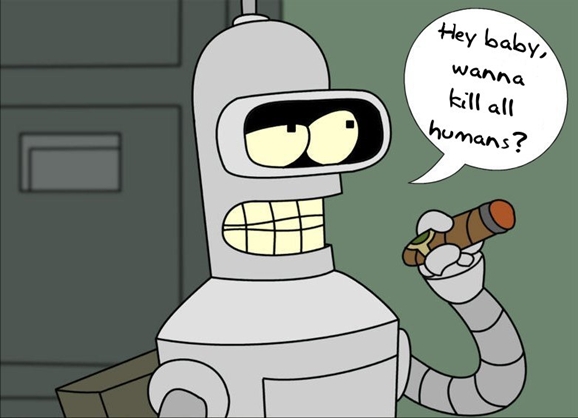 And reading kids bedtime stories.. There are just some things that have to be kept human, and reading your child a story is about much more than the story.. It's about spending that quality time with your child before bed..
Although when they develop one that can change s#itty nappies I might consider it..

I think I will wait for the consumer version of the ATLAS robot by Boston Dynamics. I want a robot that can hold a shotgun pointed at my door at night and then just shoot an intruder that breaks down the door while I am sleeping. That way I can just defer responsibility to my bot and be like "hey man, he pulled the trigger on the criminal committing felony acts into my property, sue him if you want lol!"

Also I want to have one available as an extra man in football or basketball if the teams are uneven. This is the age of robotics I was waiting for.

The more human they become the more dysfunctional, too. I like my paranoid, psychopathic, childish robot to not come with a stun function…

The computer geek's smile in the photo says it all!...Am I Right?

That will be the single biggest driving force to perfect robotic technology. I'd say you are right.

First of all, hes too small.

What can he do?

You know, besides eating us.

And not for nothing, but that "wink" seems suspicious.

The hell kinda trans-gender bot is that? 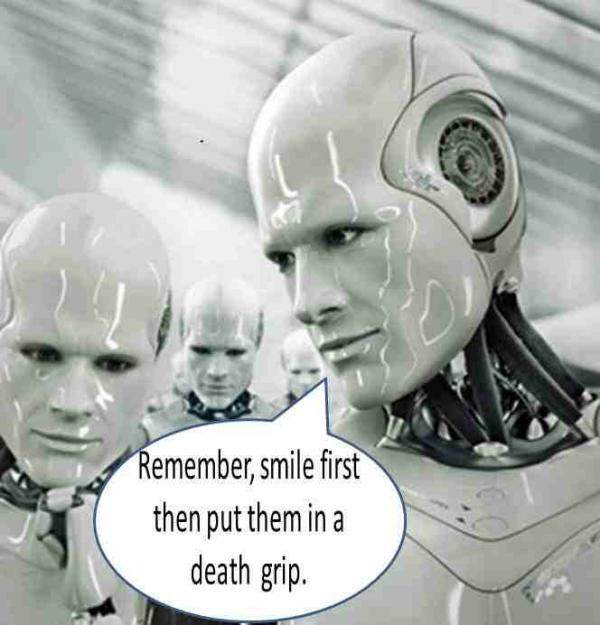 Call me when they can produce robots that can handle doing menial tasks.

What do you mean by this?


Wait until the Japanese version comes out because it will cook/clean/fornicate.

Call me when they can produce robots that can handle doing menial tasks. 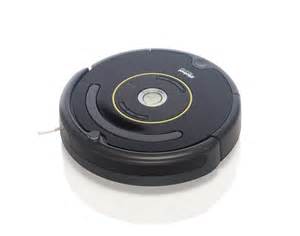 What do you mean by this?


Wait until the Japanese version comes out because it will cook/clean/fornicate.

Well, you know they'll be 'Faking it'.

Hey, say what you will about robot vacuums, but I had one that worked very well for the few years I had it before it got smashed in a moving accident by a washing machine. I love those little guys.

originally posted by: AmericanRealist
a reply to: schuyler

Hey, say what you will about robot vacuums, but I had one that worked very well for the few years I had it before it got smashed in a moving accident by a washing machine. I love those little guys.

So was the washing machine jealous?

That thing can't go out with the trash or do the dishes. I don't even think it's particularly effective at vacuuming either, it can't clear obstacles or move them out of the way if they present a problem.

originally posted by: TheLaughingGod
a reply to: schuyler

That thing can't go out with the trash or do the dishes. I don't even think it's particularly effective at vacuuming either, it can't clear obstacles or move them out of the way if they present a problem.

Oh, please. So? It vacuums. That's a trivial task. It matches what you wanted. No robot is going to be as good as your Mom in cleaning up after you.


Just a gimmick.. How can that look after elderly people?

Agreed in principal but there is a what if here. What if the device could be programmed as a monitoring device for elderly people's health? Falls in the home, low blood sugar, doors left open etc? Would that not be worth it?

This is a start I reckon.

originally posted by: Jonjonj This is a start I reckon.


indeed so. the thin end of the wedge.