Yes this guy said it, but has since admitted the choice of words were wrong.

He compared the flags to ISIS and it looked like a bunch of yahoos.

The Fire Union president says something deeper is involved.

An American flag on the back of a fire truck and decals on the truck windows is leading to a new dispute at the Central Coventry Fire District.

The firefighters union said they're being asked to take them off.

Firefighters and their supporters said it started last year when Fire District Chairman Fred Gralinski likened the flags on the trucks to what you see from terrorists.

posted on May, 29 2016 @ 07:35 PM
link
a reply to: xuenchen
How bout the Central Coventry Animal Control trap this weasel and take him to his natural habitat ? The swamp , or the sewer ?

posted on May, 29 2016 @ 07:35 PM
link
Here is the link to their web page. Central Coventry, RI Fire Department which has a large picture of their fire truck at the top of the front page.

ISIS Trucks with flags and logos 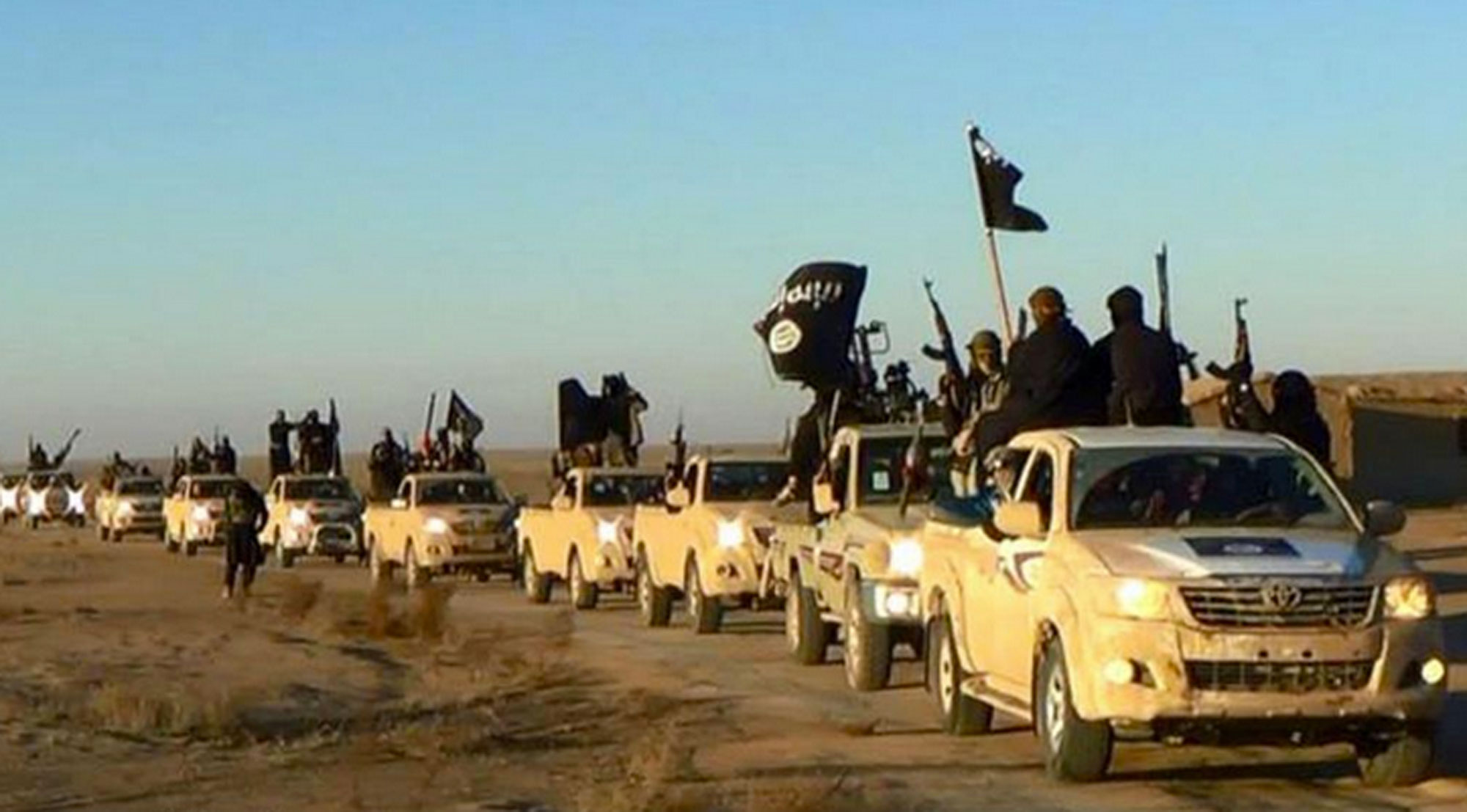 Frankly, I for the life of me cannot see any resemblance what-so-ever. I wonder what that Fire District Chairman was smoking at the time of that statement?

You know it is one of those candidates

Seems it was part of a union contract negotiation, where unions stickers and American flags flying on the truck became a sticking point.


In a news release, Corrigian also said that the district "has equipped all of its fire apparatus with new American flags that replaced old, tattered and dirty flags which were on the trucks."

“I’d like to thank Tony DeQuattro of Operation Stand Down-Rhode Island for providing us with the correct protocols to ensure American flags on our fire trucks are afforded the respect they deserve,” Corrigan said. “I would also like to thank the taxpayers who brought the issue of dirty and dingy flags on our trucks to our attention and questioned us about proper flag etiquette. We now believe our trucks are in compliance.”

posted on May, 29 2016 @ 08:56 PM
link
WTF do you need a countries flag on a local fire engine for? sounds so insecure...hmm, might even invalidate insurance if not mentioned in the vehicles specification.
edit on 29-5-2016 by smurfy because: Text.

originally posted by: thinline
Do you think this guy is voting for Hillary or does he feel the Bern?

You know it is one of those candidates

no doubt they wanted the old flags replaced with new respectable ones, good call


Some Americans live in locales with a sense of community. That's their expression of it, being part of a larger whole. It's no more insecure than a knee-jerk criticism of someone else's love for his country.

Don't you know that having pride in your community, and the country that provides it, is not acceptable to some people. Most of which live outside and have never visited here. There is also a long growing resentment to it coming from within, unfortunately. But, it seems odd that even though this vilification is growing, we also have a growing list of immigrants that cross the globe to live here.

Smurfy probably doesn't know that the particular history of the USA involves buildings and equipment that are public property (paid for by taxes) are often marked with the state & national flag, as a show that they are not privately owned. Libraries in America often fly a flag, more of a statement of their role as a publicly funded entity, than a political statement. In the US, it is a marker of governmental neutrality, to fly the stars and stripes. Car dealerships are privately owned, but they fly flags for patriotic effect, i.e., multiple large flags and selling American-made cars.

Non-Americans (and most poorly educated youngsters in the US) wouldn't know that German immigrants were a suspect population here in the decades leading up to WW1. Their right to peaceably assemble for speaking German was questioned, especially worship services conducted in German. So that German groups often posted an American flag when they met, showing that they were not subversive. By the time of the Cold War, the Stars & Stripes were a symbol that a meeting was public and duly assembled, with any permits needed, and without secrecy.

To make a short story long, flags are a symbol and used to communicated in symbols within American civil society. They convey a range of ideas beyond simple nationalism. Not that there's anything wrong with that.

posted on May, 29 2016 @ 11:29 PM
link
I just wrote to Fred Gralinski on Facebook to ask for his side of the story. If he answers I will post back here with what he says.

US flags are a micro-aggression.

I thought everyone knew that.

posted on May, 29 2016 @ 11:33 PM
link
I don't even know what to say as the idiocy is too strong in this...
The firefighters put the US flag on their fire trucks as a show of respect and a symbolism of duty to their community. Who ever wanted it removed was on some powerful drugs.


WTF do you need a countries flag on a local fire engine for?


Read my mind mate , more important stuff to get upset at.

i take pics of firetrucks all over, and they ALL have us flags, as well as isignias based upon the town the truck is used in.

btw, love how the head of the union is some geek named gorman. when was the last time you saw anyone named gorman pass a firefighter's exam. that includes physical skills lol

Anyways, I actually did a little digging into this and found something very important about this issue.

Here is part of what I was going to write in another thread until i found it had been posted already.
----

In his earlier statement Gralinski clearly said he asked them to take the flag off... But that's not all, from that article we also learn.

"All that has to happen is for someone that wants to put a sticker or decal on the first truck to go to the board and ask for permission," Gregg Perry, who is the spokesman for the fire district, said.

Perry also said they want to check with the military on flag display protocol.

But the union president maintains he's being asked in private to remove the items. He said something else is happening behind the scenes.

"That basically sums it up," Gorman told NBC 10.

Despite the fact that Gralinski originally said he was asking them to take the flag off, then he said he never did such a thing, and is saying that "they only have to ask for permission to put a flag and decals on a truck". But the union president maintains that behind the scenes something different is happening, and they are being told to simply remove American flags and decals from fire trucks...

Wow. I just found out something else about this whole ordeal. A day after the above article was posted there was a video posted on youtube about this whole situation and most people responded in support for firefighters, except two people. Well, at least 2 people, those two people in question happen to be Gralinski's twin sons. Brett Gralinski, and Ryan Gralinski, and their reponses were not only inflammatory and rude. I would not post what they said in specific, but in general they were agreeing with their father.

Here is a link to part of what happened.

And in the following link, if you search for Gralinski you will find the responses made by the twin sons of Gralinski.

BTW, watch out, I just noticed something about Brett Gralinski's post on facebook. His video is sexually graphic which shows his state of mind. I originally only read his responses and then noticed a video he also edited and posted... The guy is disgusting to no end as he tries to paint all firefighters in a manner that is not true.

edit on 30-5-2016 by ElectricUniverse because: add and correct comment.