Take a look at Eliteangerous. With Horizons, you could do exactly that. Although I am sure that the most actual data on Pluto isn't integrated, yet.

posted on May, 30 2016 @ 02:23 AM
link
Amazing how it looks as if the brightness of our sun still shows enough strength at the outer planets as to our own moon in comparison?


Nice pictures Gortex thnx it's very inspirational for me..


originally posted by: Quantum12
a reply to: gortex

Pixels doesn't mean much if it's awfully taken.

Got it, thank you kind person!


originally posted by: Quantum12
a reply to: gortex


Actually, we have it under 0.5m per pixels (with some areas down to 0.25m per pixel) thanks to the Lunar Reconnaissance Orbiter. The images are good enough that we can see the stuff left there by the Apollo astronauts, including even their foot tracks in the lunar soil. 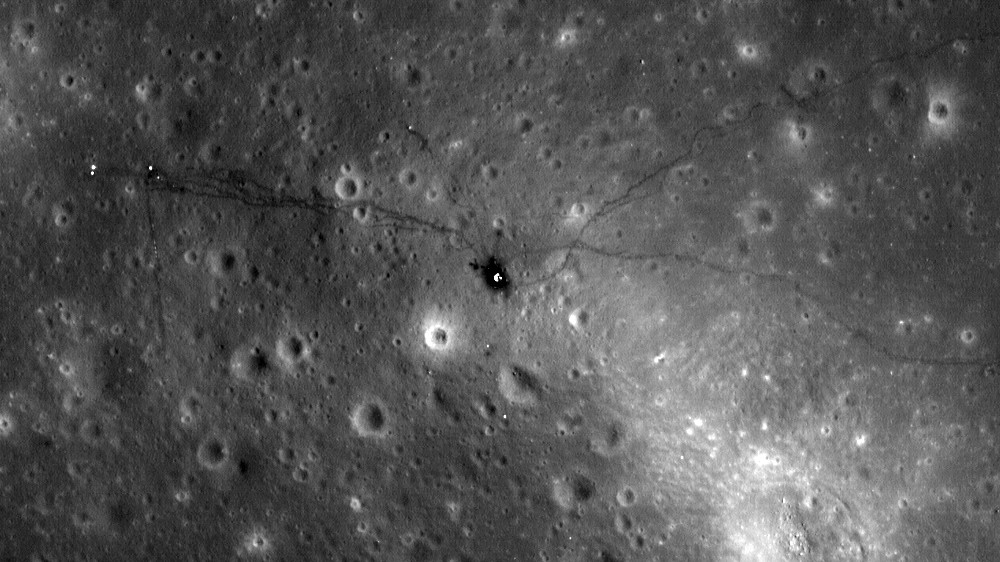 I was literally writing that reply as I was walking out the door.

Hence the real bad spelling too...

Good catch
edit on 31/5/16 by Chadwickus because: (no reason given)

Maybe Phage or one of the other members who knows a little something about space can answer a totally dumb dumb question I have, knowing nothing about it myself. How is it im seeing the surface? Is this another visual rendition of what terrain and temperatures the satellite reads and converts to landscapes and shadows/lit areas or does our sun really travel that incredibly far and illuminate pluto with light enough to see its details with the naked eye!?


How is it im seeing the surface?


The images were taken using New Horizons Long-Range Reconnaissance Imager (LORRI) , it's an optical camera so the images you see are of the planets surface not a recreation.


LORRI, the “eagle eyes” of New Horizons, is a panchromatic high-magnification imager, consisting of a telescope with an 8.2-inch (20.8-centimeter) aperture that focuses visible light onto a charge-coupled device (CCD). It’s essentially a digital camera with a large telephoto telescope – only fortified to operate in the cold, hostile environs near Pluto.
pluto.jhuapl.edu...

Phil says the Sun would be very tiny but extremely bright. What did LORRI see? Maybe Phil can explain?

posted on May, 31 2016 @ 08:29 PM
link
Thank you all for that. And I think you guys inadvertently answered the other things I wondered after my answer, im guessing that that means it will circle pluto indefinitely or if its not set up to orbit pluto and its more like the last thing I remember taking pictures of Neptune and pluto it just continues on its way never to be seen or heard from again after a certain distance (a distance e way further than we thought we would hear back from things shot out there I do remember). Unless im so out of the loop they invented cameras that after taking pics can be turned around and flown back down here...anyway wow. I still can believe out at pluto the sun would be miniature yet bright. Im not a moron lol, its just one of those things im sure we heard once in whichever grade...fifth or sixth, our science class did the solar system...and then having done geology, biology, chemistry, and physics grade by grade, probably never revisited the sun again also having never picked up a personal interest in space/science. Gee though, along with learning that a weather report giving chance of rain doesn't mean "the percentage probability during a day that it could rain," that makes two things I learned this week that actually blow my mind...and when science is the subject at hand, that's a rare sentiment lol. In fact ill go check out those different links now...thanks again Gary Ray n Gortex

Phil says the Sun would be very tiny but extremely bright. What did LORRI see? Maybe Phil can explain?


I seriously doubt they turned the cameras towards the Sun, it could probably still damage the equipment. They did get some back-lit images of Pluto, with the Sun being out of the frame.

The two images you linked are clearly CGI, here's a real image: www.nasa.gov...

As for the levels of light on Pluto, it's been compared to a dawn or dusk hour on Earth, affectionately called "Pluto Hour" or "Pluto Time"by NASA. www.nasa.gov...


The two images you linked are clearly CGI, here's a real image:

"This animation, made with real images taken by New Horizons, begins with Pluto flying in for its close-up on July 14," Nasa writes on the video description.

originally posted by: GaryN
a reply to: wildespace
"This animation, made with real images


Yes, they used real images for this animation, but they added CGI Sun. Take a look at the LORRI image archive, you won't see the Sun in them.

The closest the Sun came to the LORRI image frame was one of these images: 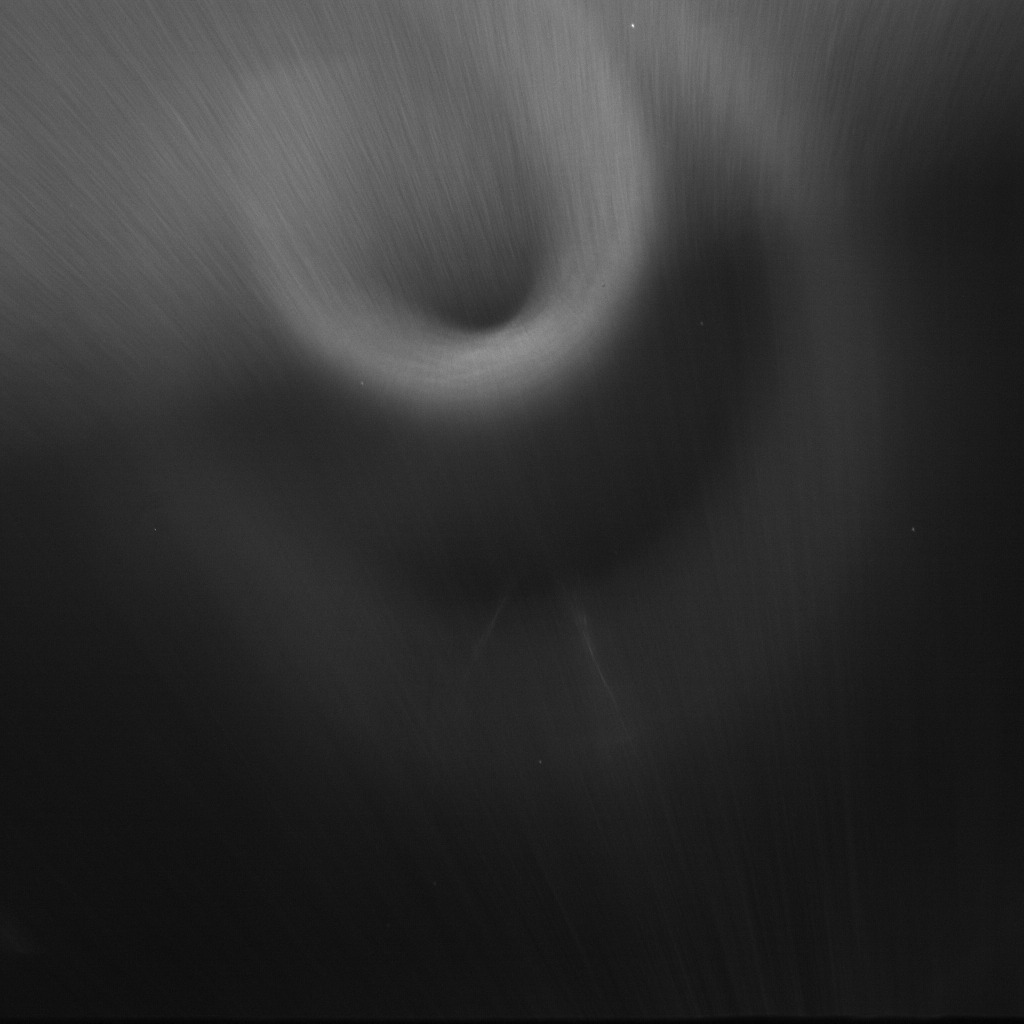 These observations were made when the Sun was only approximately 10 degrees from the center of the LORRI field of view, which means most of what you see is sunlight scattered within the camera.


And that's with the exposion of just 0.15 sec. I think the Sun would have appeared as an overwhelmengly bright object in the camera field of view. BTW, LORRI's field of view is just 0.3 degrees.
edit on 1-6-2016 by wildespace because: (no reason given)

You should see the Oculus Rift VR movie that they have of Pluto. They actually have a complete height map of the terrain. You actually see the entire planet let floating in front of you.

Yes, they used real images for this animation, but they added CGI Sun.

So more lies from NASA? LORRI has no shutter, so if it was pointing at Pluto then the Sun would have to have been in its view both before and after the total eclipse, which is what the video shows. So why would they need to add a CGI Sun?? The most sensitive camera ever sent on a space mission, but it couldn't see the Sun? And it wasn't damaged by looking at the Sun for an extended period? Something's nor right here, but that's NASA all over isn't it?


..the Sun would look more than 250 times brighter than the full Moon does from Earth!..