-The attack on men in modern society and attack on "boys being boys" in their formative years is a factor from the feminists and the left
-Lack of father figures is another factor
-Estrogen in our water supply is also a factor
-Hollywood pushing more effeminate men to the forefront plays into it, very few alpha roles anymore
-Educational system is producing followers, not leaders, group thinkers, not individual thought

I think this is part of Trump's appeal. He's a true alpha who says what he wants and society has gone so far in the opposite direction, he reminds folks, both male and female how attractive a true alpha male is. Women, despite what feminists will say, are naturally attracted to and place value on true alpha males while men look at Trump as going against the system and acting in a way they've been told they shouldn't. And that's refreshing.
edit on 28-5-2016 by MysticPearl because: (no reason given)

Yep I'm 'old' however, that comment was made to show comedic intent....

originally posted by: Konduit
Are you kidding me!? 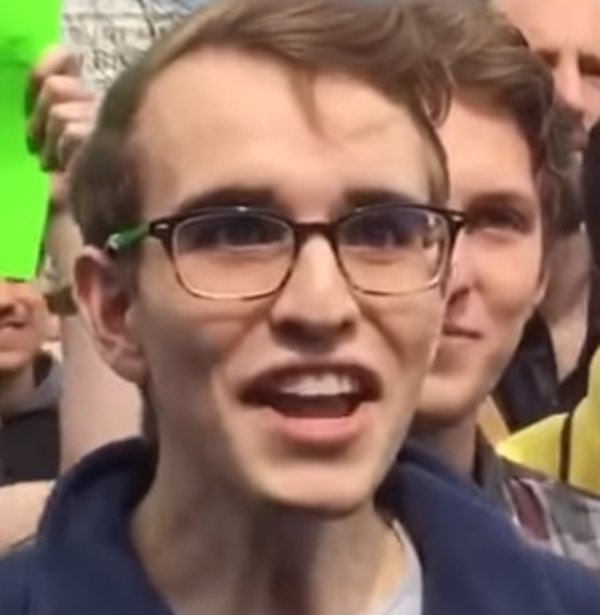 posted on May, 28 2016 @ 01:05 PM
link
a reply to: kalisdadsurely feeling comfortable in your own skin is the best way to be? Not concerned with how others perceive you. If everyone was the same there'd be no individuals and characters. Just a bunch of jocks and duck dynasty folk

originally posted by: notmyrealname
This is the first generation of men that identify as some kind of half-faggot who might censor you for potentially insulting him/her/it possibly because their feelings are potentially hurt.

People used to say how deviant younger generations have gotten; now we have generation that tell mods and delete you from their social media site....

I'd say this country is doomed however, I know that as we move to the left, eventually the right will come in to play. It is called balance and history is replete with examples of it.

Oh wow sounds like somebody is still stuck in the closet.

Ironically this is leading to MGTOW(men going their own way), the "manosphere", "red pillers", and pick-up artists idolizing narcissism, psychopathy and Machiavellianism.

A twisted and hostile kind of hypermasculinity one might say. One thing is for certain, third wave feminism has certainly succeeded in dividing and conquering us along yet another dialectic. Not only are we divided politically and racially now, but also through sex and gender. Good job SJW's!

Both sides are steadily polarizing, meanwhile the oligarchy are laughing their asses off.

Wow! You nailed it!

You do know this is a fact right?

Be more oblivious.. you're a brit, check the dailymail.

In my opinion, perceived stigma is the issue. Some of the most homophobic people have buried homosexual tendencies, but they rarely are able to act on it and discover that truth because they are afraid of how others will view them.

I say the only way to know if you like or dislike something is to try it. You might be surprised with the end results and ultimately be more comfortable with your own sexuality.

I think they 1 in 5 study is bogus. Admittedly for other reasons, men used to wear wigs. High heeled shoes were originally worn by men. Perfumes, or cologne if you want to mince words, were used(and still are) by most men.

This is mearly a symptom of the constant divide and conquer tactics we are bombarded with constantly
edit on 28-5-2016 by kalisdad because: Spelling

originally posted by: ManBehindTheMask
no offense because im no fan of some of the millennials ways of thinking but.....

Apparently it's the new math❓

posted on May, 28 2016 @ 01:18 PM
link
So I checked the yougov this article cited as it's source. I'd say it's not as grim as the article is pointing out. But I would also say that the idea of what it is to be masculine has certainly shifted from what it was even 10 years ago.

If you look at the chart: Still 79% of men 18-29 identify as being more masculine than feminine. Here is the breakdown:

So, as I said, I don't think it's as grim as the article is making it out to be. And while I didn't take the poll. I would probably rate myself as a 1.

Why? It's completely factual.

Care to point out any specific inaccuracies?

If not, don't even bother. It's just more handwaving.

No, it's just more divisive nonsense.

What kind of study claims a majority, and says 1-5 thats a minority

You do know this is a fact right?

Be more oblivious.. you're a brit, check the dailymail.

Fact and daily mail don't belong in the same sentence.

What kind of study claims a majority, and says 1-5 thats a minority