The Unabomber, Cabin Or Garage?

Naturally I believe the official story. . . .

Dettling's garage was a extensive wood and metal working shop. In the middle of the garage was a large pile of unusual wooden objects hidden under a large blue tarp. During a Wine Bottling party in the garage I pulled a large wooden gear from underneath the tarp and asked Ray what it was. He did not answer, but when asked what it did, he took a serrated wooden board, placed it against the gear and said, ï¿½it turnsï¿½. When he thought none of the six other people present were looking, he attempted to remove the wire, which was attached to one of the gear teeth by an oval bronze plate. His movements attracted everyone's attention. He then made a highly memorable and exaggerated show of trying to remove the wire in front of six people. Michael Hren remembers the incident and has with great reluctance stated, "He would recognize the gear if anyone showed him a picture of the Unabomber bomb gear"

Today, you can visit Kaczynski's cabin - it's on display at the Newseum in the heart of Washington DC.


There are so many false flag terror stories that have unravelled beyond repair. Yet the clowns keep trying to maintain the illusion.

It's now beyond ridiculous. How can the intelligence community continue to show up for work when everybody's laughing at them.

Not sure your question. Kazinski's cabin and bomb making materials and structure are well documented. Just not so much anymore, don't want to give anyone ideas…

Are you asking if he had a garage/workshop at his cabin? Not trying to be a smart(snip), I feel like I'm missing the point, perhaps because the Unabomber didn't seem like that big of a deal to me, other than an example of media blowing it out of proportion.

posted on May, 28 2016 @ 12:28 PM
link
The webpage you link to is about someone's theory that Kaczynski wasn't the Unabomber. Are you asking if we think someone else was the bomber? I don't. The site keeps insisting the "witness" who saw the bomber placing a bomb in a parking lot was never named, but then it quotes the "witness" as saying the police sketch wasn't right. How can you quote somebody who you don't know who is? How could you have interviewed her?

I was playing in a basketball Tournament in Lincoln, MT, in 2001/2002, and the family my team was staying with (friends/teammates) showed me a thank you card written by TK... In the well written card, he expressed gratitude to the family, because throughout the investigation into him, they were the only ones to say nice things, or something along those lines, about him...

What does this say about anything? I dunno.

(That's all I remember about the Ted Kaz TY card, since there were other cool things going on that weekend. The bball tourney; Ryan Leaf and his enterage doing what they do/did; massive herds of elk migrating or whatever they were doing; Snow Mobile/machine for my only time, thus far)

The cabin is an exhibit. 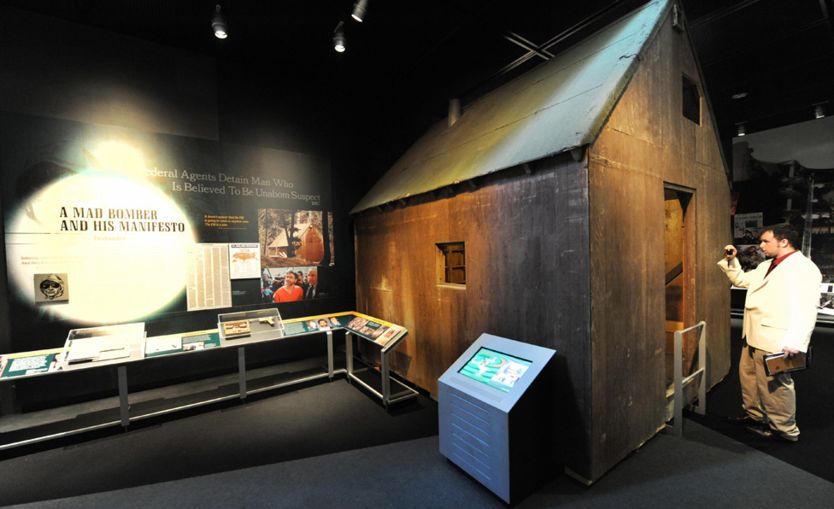 It looks like the intention is to give people ideas. The whole story seems invented for some kind of social control.

The alternative story is that a man called Ray Dettling was the real bomber, working for the CIA and building bombs in his garage.

Kaczynski seems to be a mind-controlled patsy with possibly no actual involvement in the bombings. His obsession with one book may indicate some sort of hypnotic trigger or reinforcement tool.


Throughout his life, Kaczynski has been obsessed with one book - The Secret Agent by Joseph Conrad. He has read it dozens of times and kept a copy in his cabin

I think the media made it a big story because it was a social control experiment.

The supposed bomber had a tiny cabin. The most likely real bomber, Ray Dettling, used a garage.

A considerable amount of credible evidence suggest that Theodore Kaczynsky participated in CIA sponsored MK ULTRA experiments conducted at Harvard University from 1959-1962. During World War II, Henry Murray, the lead researcher in the Harvard experiments, served with the Office of Strategic Services (OSS), which was a forerunner of the CIA. Murray applied for a grant funded by the US Navy, and his Harvard stress experiments strongly resembled those run by the OSS. At the age of sixteen, on his third day of school Kaczynski started to participate, along with twenty-one other undergraduate students, in the Harvard experiments, which have been described as “disturbing” and “ethically indefensible.

Supposedly J. Ray Dettling of Saratoga, CA was connected to the CIA and was heavily involved in the Unabomber operation. He is described as an adventurous guy with a nice house overlooking silicon valley, always traveling, telling wild stories and never at a loss for money even though he didn’t have a job. He explained to his friends that he was paid by the CIA for his services with patents. Since he couldn’t be paid in cash for covert CIA operations the CIA simply granted him the rights to some patents and he lived off of the money generated from these patents. Dettling explained that this was a routine procedure and it was the main way the CIA could pay it’s people for covert operations. In fact, Dettling owned 5 patents from companies that supplied the CIA/FBI with their services.

Thank you for a bit of detail. ATS is good for getting odd little details which help those unravelling the storyline.

From 16 years old! What chance did he have.

I knew one. ASIO, not CIA. He was part of my family. He passed recently. He did this. 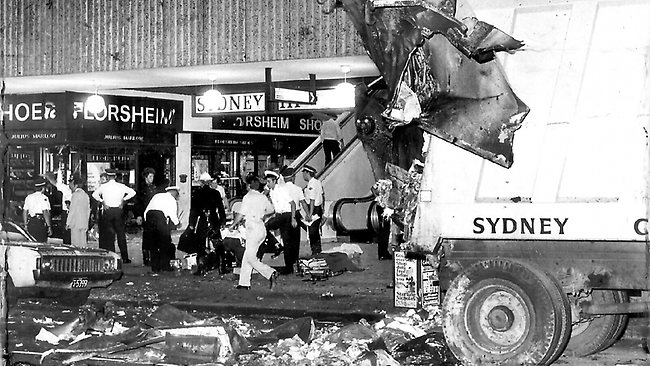 It affects every minute of every day of my life. Vengeance is sworn.

Whats an "ASIO"? And what did they have against Florsheim shoes?

originally posted by: intrptr
a reply to: Kester

Not sure your question. Kazinski's cabin and bomb making materials and structure are well documented. Just not so much anymore, don't want to give anyone ideas…

I agree. I think I also remember the shed actually being rolled into the court room as well or displayed for the jury in some way.

originally posted by: intrptr
a reply to: Kester

Whats an "ASIO"? And what did they have against Florsheim shoes?

Anyways I think the OP means

Saw a docu on it the other day… they went into enough detail to get all that info, including touring the cabin at length with forensic photos and video. I think it was called Ted Kazinski, the real story(?)

This was outside the Hilton Hotel in Sydney.

The Sydney Hilton bombing occurred on 13 February 1978, when a bomb exploded outside the Hilton Hotel in Sydney, New South Wales, Australia. At the time the hotel was the site of the first Commonwealth Heads of Government Regional Meeting (CHOGRM), a regional offshoot of the biennial meetings of the heads of government from across the Commonwealth of Nations.

The bomb was planted in a rubbish bin and exploded when the bin was emptied into a garbage truck outside the hotel at 1:40 a.m. It killed two garbage collectors, Alec Carter and William Favell. A police officer guarding the entrance to the hotel lounge, Paul Birmistriw, died later.[1] It also injured eleven others. Twelve foreign leaders were staying in the hotel at the time, but none were injured. Australian prime minister Malcolm Fraser immediately called out the Australian Army for the remainder of the CHOGRM meeting. [2]

The Hilton case has been highly controversial due to allegations that Australian security forces may have been responsible.

Every terrorism investigator who checks my story knows it's true, the bomber was a member of our family. But they all stick with the 'we don't know who did it' line because they'll lose their job if they tell the truth.

Okay, sorry about that.

Are you saying your own family member who worked for state security did this?

I hesitate to see the implications. You know there were rumors the SS burned the Reichstag to facilitate suspending civil liberties and go to war in Nazi Germany. Same with 911. Call it false flag or whatever.

Kester, I don't want to offend you my friend, I need you to clarify that some more. Why did your relative do this, again?