posted on May, 27 2016 @ 04:22 PM
link
Part of today's Q&A session of Cheryl Mills (Hillary aid) by Judicial Watch will be focusing on a somewhat new name in the mess.

There is a man named John Bentel, who was a major player in the Secretary of State's office during the Hillary reign, could have been involved in a cover up.

Seems the SD report the other day has some evidence.

The U.S. Senate is also indicating they are interested in Bentel.

This could be even more damage for the Hillary Campaign escargots as the continue to dodge and spiral the SD report from Wednesday.

Cover-up exposures are fun and very dangerous at the same time.

And of course, we know Hillary kept the emails all to herself long after she left office.

As Hillary Clinton seeks to rebound from a highly critical report from the State Department’s inspector general, Senate investigators and a conservative group are zeroing in on newly revealed evidence about the activities of a now retired State Department computer specialist in orchestrating what they charge was a “cover-up” of the former secretary of state’s email practices.

The role of John Bentel, whose identity as a key figure in the email probes was first reported by Yahoo News on Wednesday, is expected to be one focus of questioning today when Clinton’s former chief of staff, Cheryl Mills, is deposed in a lawsuit brought by Judicial Watch over the State Department’s handling of Freedom of Information Act requests relating to Clinton’s emails, according to a source close to the case.

Sen. Charles Grassley, chairman of the Senate Judiciary Committee, is also signaling that he intends to pursue Bentel’s role, saying that statements in the inspector general’s report show he “muzzled” staffers who warned that Clinton’s exclusive use of a private email system might be in violation of federal record-keeping laws.

posted on May, 27 2016 @ 04:36 PM
link
In all honesty, I see Clinton slipping out of this and one of her aides being thrown under the bus. Publicly of course. They'll find a nice new cushy job out of the limelight. Clinton is not going down for any of this, no matter what evidence they find. She's too big and unless TPTB want her gone, she'll find a way out.
I have no faith left in our justice system or government. 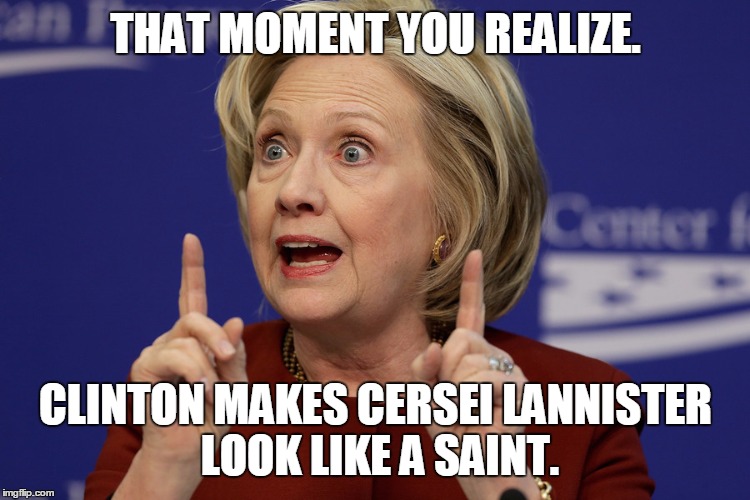 Hopefully the public won't be subjected to THAT walk of shame!