I have the solution to the Transgender Bathroom Issue

Then we can start with different drinking fountains.

We can do one for each....black, white, cuban, mexican, and even the handicapped/ bernie supporters.

So, after a couple drinks last night, I discovered the end all solution

Ah, yes. Solutions to many of the world's greatest crises and most perplexing problems have been "solved" that way.

Alcohol, the cause of and solution to all my problems

Glad you thought of this.
All I had in mind was a garden hose hanging on a nail. It would be there for either washing your hands or getting a quick refreshing drink.
Of course now we could have six or eight hoses hanging out there.

What a bunch of drama queens.

Last month we never had an issue, then the White House says something and everyone loses their freaking minds!

This issue has gone beyond ridiculous and is now entering full retard.

Last month we never had an issue, then the White House says something and everyone loses their freaking minds!

This issue has gone beyond ridiculous and is now entering full retard.

Ive never seen any PortAPotties that are any bigger than the single throne.

How can they crusade for acceptance when no one sees you where you traditionally arent supposed to be? How can they gain attention with no witnesses

If a Transgender walks into a restroom with no one in it, does the flush make a sound?

And if the person with that equipment looks like this, and walks into the men's room, then what? 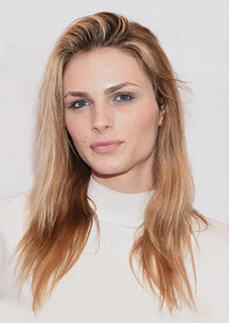 And if the person with that equipment looks like this, and walks into the ladies room, then what? 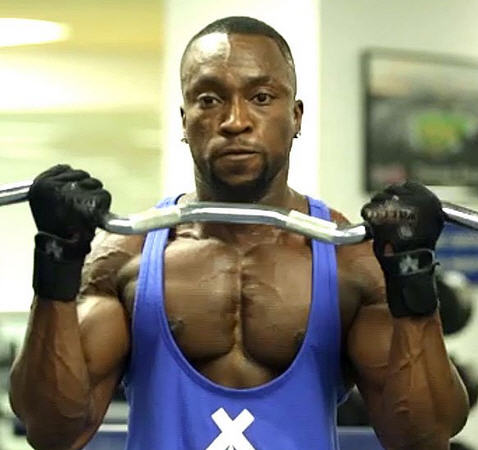 (This is the transgender bodybuilding champion Shawn Stinson)

This issue is not so simple as going by "equipment" only. Only simple minds think that narrow IMO. Widen your scope of thought....and visualize what a real transgender person presents themselves like, not the fear mongering "what-ifs" of the uneducated.

posted on May, 27 2016 @ 10:24 AM
link
a reply to: Krakatoa
Its a bloody division driven agenda. These people existed a few months ago and there was no outrage.

I am sorry, the division is not only the fault of the uneducated, the 'educated' have an equal blame in allowing this absurd division to continue.

'Education' is not a synonym for intelligence.

You are ALL being played.

Just wait a few more months and see what the new orchestrated division is.

I am sure you will jump aboard the absurd express and fully embrace the next agenda division.

posted on May, 27 2016 @ 10:32 AM
link
There was no problem 6 months ago, let's just do what we did then or we could we could make a huge fuss over nothing, because we need constant scapegoats and need to keep inventing new ones.

originally posted by: Gothmog
or make them verify their citizenship..

You're missing out on some really great urinal conversations.

I agree.
What I'm proposing, is a 'non' solution to what i feel to be a 'non' issue.
It was meant to be almost sarcastic, but came out a bit more serious because I didn't want to offend people too deeply.

You're proposing "Separate, but Equal"?

posted on May, 27 2016 @ 10:44 AM
link
just look in the mirror before you leave your home in the morning and ask yourself, in which bathroom would I draw the less attention in? and use that bathroom???

and, maybe I am wrong but I don't believe it was obama that started this chaos.... it was a few states in the south who thought it would be a good idea to force Shawn Stinson into the women's bathroom and Andreja Pejić into the mens.

Maybe I am wrong but I think that obama really didn't enter the fray until some schools, seeing the overhyped crap in the media on the subject wrote to the administration asking for guidance,which he did his best to give. now, with more overhyped crap coming from the media, we have parents pulling their kids out of school districts that happen to have 0% population of transgendered students enrolled. Most of the schools that had actually faced this problem to begin with had dealt with it fairly and adequately with the best interest of the kids involved their primary concern, and much of the advice obama gave was gleaned from how these school systems had dealth with it, the answers they had come up with to address the problems. or at least that's the conclusion I've gotten from what I have read. still have run across the actual advice he sent out, if anyone has a link to it, I'd be interested in it.

originally posted by: o0oTOPCATo0o
So, after a couple drinks last night, I discovered the end all solution to the bathroom situation plaguing America recently.
It's pretty simple and somewhat cost effective.
Give them their own stall, just like the wheelchair access stall that all public bathrooms should have.
This way, everyone wins.
The transgendered can use any male or female bathroom, and will have a stall, so nobody had to be offended by their presence.

I know that people on both sides of this issue will find something wrong with this idea and I understand.

Yes, wheelchair bound people make up approx. 1% of our population and actually NEED these facilities, while transgenders only make up approx. 0.3% and technically don't need them, but if this has a chance to end all the fuss, why not try it?

Yes, I understand that some may feel this is an offensive, segregation style idea. It is only that if you make it that..
Bathrooms are segregated already, have been for years.. Now, someone who could technically be classified as both male and/or female, or none of the above, can choose whichever facility door they feel they should walk into, without fear or anxiousness of being judged or mocked and the "sis" people in the bathroom don't have to feel threatened or uncomfortable by their presence because they will be in their own stall, minding (and doing)their business in peace and solitude, the way it should be.
Happy Friday. .
Have a great Memorial Day Weekend


Some resturants have family restrooms. Labled Men, Women and Family Restroom. Some have the first two and a handicapped unisex bathroom. Most resturants and other public buildings integrated one handicap stall in both the men and women's restrooms. Owners and government officials did this long before the transgender issue was introduced into politics. Having 3 seperate bathrooms is not a new concept and never reached any political level until the disabled in wheelchairs or crutches of some sort fought for their rights to have wider stalls, raised toilets and rails to hold on to. Transgenders are openly acknowledging their bodies and minds are disabled and need confirmation from the public. The only way to do this for them is by giving them their own bathroom. This way the public can confirm the emotional and physical crisis they are battling. If they desire acceptance from the public based on their gender it is up to them to accept the gender they were born into first.

originally posted by: stosh64
a reply to: Krakatoa
Its a bloody division driven agenda. These people existed a few months ago and there was no outrage.

I am sorry, the division is not only the fault of the uneducated, the 'educated' have an equal blame in allowing this absurd division to continue.

'Education' is not a synonym for intelligence.

You are ALL being played.

Just wait a few more months and see what the new orchestrated division is.

I am sure you will jump aboard the absurd express and fully embrace the next agenda division.

Seriously. When I come across issues such as this I can't help but apply what I call "the absurdity test".

First define an issue in its most basic terms. Then think of any and all ways in which these things can then be made even more absurd. If that can't be done, it may be an issue with some serious merit. If it can be made more and more absurd, by all means do so.

This will usually tell me if it is really worth the effort to be taken seriously of just dismissed and go on to something else to occupy my time.

I can give you an exact date the "issue" will end: