posted on May, 27 2016 @ 03:17 AM
link
The upshot here is that two ancient sources state that following his death in Evia in 322 BC, the ashes of Aristotle were returned to his hometown, Stagira, on the Chalcidice peninsula in Northern Greece where they were kept in a copper urn, placed inside of a monument called the Aristotelion. Artifacts, including some 50 coins and potsherds, date the structure to the time of Alexander the Great (who was taught by Aristotle until the age of 16). The roof tiles were made at the royal pottery shop which indicates the building was not privately constructed.

In other words, there is good reason to believe that such a structure existed and it's from the right time, in the right place, made of the right materials and exhibits a design that fits well with its purported usage. 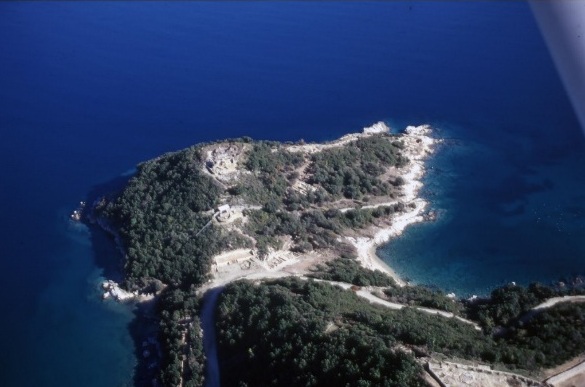 There are strong indications that a peculiar ancient tomb found in the area of Stagira, in central Macedonia, is the tomb of the Greek philosopher Aristotle, archaeologist Kostas Sismanidis said on Thursday, during an international conference on the famous philosopher in Thessaloniki.


Addressing the “Aristotle World Congress”, Sismanidis, whose team has spent 20 years digging in the area, said the horseshoe-shaped domed building unearthed in the middle of the south side of the Stagira hill was just a few dozen meters from the agora arcade. The tomb had a tiled roof made at the royal pottery workshop, affirming its public function. A two-meter-wide raised, processional, built road lead to the monument entrance that was accessible to people offering bids.

According to the latter, “when Aristotle died, the people of Stagira sent and brought back his ashes to their home, placed it in a copper urn and then deposited this urn in a location called ‘Aristotelion’. Every time they had important issues and wanted to resolve difficult problems, they convened their assembly in this place.” 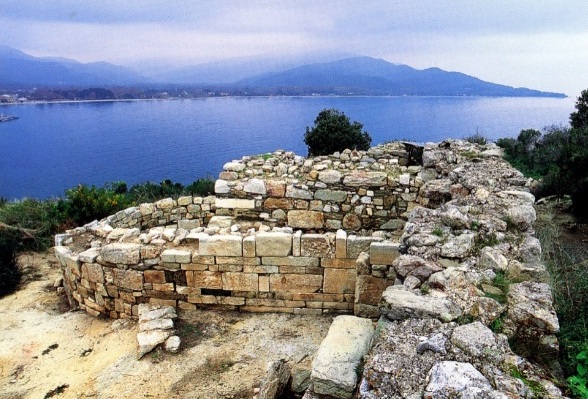 I'm no expert but it seems like a compelling case to me. There are several other images at the TANN source as well as number of artistic renderings showing how they believe it looked in antiquity. Here's a link to TANN's Greek source for the announcement.

posted on May, 27 2016 @ 04:55 AM
link
Cool, I love ancient greek stuff. And quite a find if proven to be really Aristotelion.
Bookmarked for later in depth read.
cheers!

posted on May, 27 2016 @ 07:49 AM
link
Well this is a big turn of events. He and Plato laid the foundations of the western civilisation we find ourselves living in, before it got hijacked by Illuminati criminal bastards!

posted on May, 27 2016 @ 09:41 AM
link
I agree that this is a fairly compelling article, and the fact that it's presented at a conference indicates they've already had one round of scholarly arguments and passed that test. We'll see if it pans out but the evidence as presented is interesting and sure sounds on the mark.

I like the idea that his tomb was used as an assembly when they had difficult questions.

posted on May, 27 2016 @ 10:01 AM
link
Aristotle was an intellectual, and not the right color for the American media to care about. I wouldn't expect much coverage in the mainstream media.

Please take your ignorant race-baiting somewhere else.
edit on 5/27/2016 by AdmireTheDistance because: (no reason given)

Every single time I come across this, the idea that Aristotle was African stems almost exclusively from descriptions of his appearance which reference his snub nose, wide nostrils, and thick lips. He's also described as short and stout, with a paunch and as having an appearance similar to tge satyr Silenus (who has all these features and has never been depicted as lack). There's also no mention of his complexion being somehow darker than his fellow Greeks which would seem to be a rather significant omission.

It suffices to say that the intent of the descriptions was to make it clear that he wasn't a particularly attractive person not commentary on his ethnicity.
edit on 2016-5-27 by theantediluvian because: (no reason given)

originally posted by: CB328
Aristotle was an intellectual, and not the right color for the American media to care about. I wouldn't expect much coverage in the mainstream media.