Maybe. I know it's not an ethnic or racial slur - we're not allowed to type the words of the American slurs.....


Anyway, regarding "jury-rigged" - it's also given as 'jerry-rigged' -

I always visualized a "rigged jury" -
but could very well be another sailing term!

Sometimes I am three sheets to the wind, and seek any port in a storm, even though I know the ropes (and have helped others learn the ropes)!!


Who knew???? I always thought it was just a typo. But Timely, a very clever bloke, typed it, and so then I knew it wasn't just a typo....
kind of like that time I was corrected and shown that "judgmental" is the US version of "judgemental" in the UK. But "winj" and "wine" - hmmmm......

sargasso? What is sargasso? It's the plural form of "sargossum" which is a kind of seaweed that critters like sea turtles and whales and shellfish and regularfish really like for having a break purposes - like an oasis for them, you know? The currents and streams and trenches and all that rushing water stuff is exhausting!!

So - the Sargasso Sea is out there in the middle of the North Atlantic - not bounded by land, but by ocean currents, but full of sargasso (not just one single sargossum).

Did you know the difference between an ocean and a sea?

posted on Jul, 4 2016 @ 05:17 AM
link
a reply to: BuzzyWigs
Australians appear to use both.
I believe there is a disrespectful Australian joke;
"Q. How do you know when a plane-load of Poms has just landed at the airport?
A. When the engines stop, and the whining doesn't."
But the expression "Whinging Poms" also exists.
(Where do they get this impression of their British relatives? I suspect it is because the only "Poms" they meet are people who have just discovered what Australia is like).

Today I've been reading the 1709 Tatler and have noticed a couple of points of interest.


. This Divito is the most skilful of all politicians: he has a perfect art in being unintelligible in discourse, and uncomeatable in business.


"uncomeatable"- no, monsieur or meinherr, nothing to do with eating. That's "un-come-at-able". "You can't come at him". A good example of the flexibility of English.
Also I discovered the origin of the word "bear", meaning a share-dealer who bets on a falling market.


Stockjobbers, who contract for a sale of stock which they do not possess, are called sellers of bearskins; and universally whoever sells what he does not possess was said to sell the bear's skin, while the bear runs in the woods.

pronounced just like it looks - the sickly child of Anger and Attitude (siblings shouldn't mate).....

In a sentence:
"It's easy to detect an angritude with some people."

posted on Jul, 7 2016 @ 05:56 PM
link
a reply to: BuzzyWigs
"Pom" is Australian for "Englishman". With that information, my previous post will probably begin to make more sense.
If you want the derivation, you will have to ask an Australian.

By the way, "Angritude" is what the great philosopher Humpty Dumpty calls "a portmanteau word", because it packs together two different meanings. Just as. e.g., "slithy" combines "lithe" and "slimy".

How could it fly over your head if the plane just landed?


Wikipedia - Glossary of names for the British. it is good for a laugh!

Ever hear of this book? Wikipedia - Wide Sargasso Sea? (Geez TEOT find a new source already! lol). We had to read it in conjunction with Jayne Eyre (postmodernism, I think). If you going to read it, I would suggest doing the same. If you don't I might get an angritude with you!

No - that's a novel written by a Jane Rhys.

the one I spontaneously came up with the other day was "helpy". Bu someone had of course already nabbed it.

Over the winter I bought a domain based on just such a word-twist.....

credit goes to desert for my initial exposure to the phrase....

The End Of The World As We Know It And I Feel Fine. 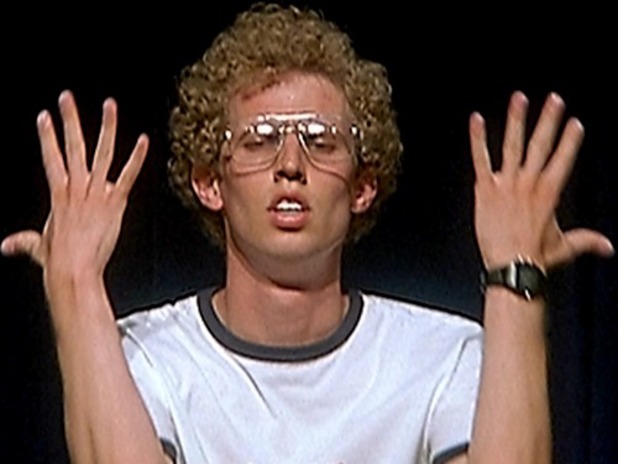 One expletive we don't use any more, but the Americans do, is goddamn.

Les goddams (sometimes les goddems[1] or les goddons[2]) is an obsolete ethnic slur historically used by the French to refer to the English, based on their frequent expletives.[3] The name originated during the Hundred Years War (1337–1453) between England and France, when English soldiers were notorious among the French for their frequent use of profanity and in particular the interjection "God damn".[4][5][6]

To a British ear, the term now sounds as American as pumpkin pie.

Global English is almost wholly US-influenced, such that it's hard to know which words and expressions originated in the mother country and which came from the US.

I was an adult before I found out that big deal is from American English, so common is the expression in Britain. It was a very surprising revelation to me. But I was shocked to discover that its first recorded use was in The Catcher in The Rye by US author JD Salinger as late as 1951...a mere 9 years before I was born.

One word I am very grateful to America for giving us is roundabout (I think the equivalent term in the US now is traffic circle).

When the term was introduced in the 1920s, one of the British proposals was circulatory gyruses.
(Mother Tongue, Bill Bryson)

What determines your choice between the two?

One expletive we don't use any more, but the Americans do, is goddamn.

thanks for reinforcing our points here so far!!!

One word I am very grateful to America for giving us is roundabout (I think the equivalent term in the US now is traffic circle).

lol!!! Yeah - "roundabout" is how we say it....those of us who are pretentious about roadway terms....while traffic circle might be a regional or zip-code-specific term. Anyway, to be sure, we have 'roundabout' ----- but we will not ever learn metric, so there's that!

a portmanteau is a briefcase.
Dickens told me.

Or maybe it was LeStat.

What determines your choice between the two?

It's the kind of sound a moaning person might make; hence whinging and whining.

If it's to describe the act of complaining annoyingly, it's usually whinge.

originally posted by: CJCrawley
Global English is almost wholly US-influenced, such that it's hard to know which words and expressions originated in the mother country and which came from the US.

One word I am very grateful to America for giving us is roundabout (I think the equivalent term in the US now is traffic circle).
When the term was introduced in the 1920s, one of the British proposals was circulatory gyruses.
(Mother Tongue, Bill Bryson)

I haven't tried checking this point anywhere, but surely "roundabout" as the word for a fairground attraction (what the Americans call "carousel") is older than that?
Hence, of course, the proverb "What you gain [or lose] on the swings, you lose [or gain] on the roundabouts".

Another complication in distinguishing British and American English is that at least some "Americanisms" are really British usages which have lost favour in their native land and found refuge across the Atlantic- e.g. "fall" for "autumn", the "zee" pronunciation of the last letter of the alphabet, and now "soccer".

posted on Jul, 8 2016 @ 04:04 AM
link
a reply to: BuzzyWigs
I was going to suggest that "portmanteau" was a briefcase used for carrying documents, then I realised I was confusing it with "portfolio". "Manteau" means "cloak", I think, so this must be something larger.
Anyway, the point must be that it falls into two halves on being opened, so when you close it you are joining two things together.