that 175 true false test that would give % of what some one could be, But here is the kicker there was no control group when the test was created so there is no result for Normal.

This video system from the Description and the videos feels to be the same way.

This does not bode well for innocent until proven guilty.

Distort facts? I don't think you understand that the DHS is an umbrella for multiple agencies. Come see here, www.dhs.gov...

originally posted by: Swills
a reply to: TycoonBarnaby

Distort facts? I don't think you understand that the DHS is an umbrella for multiple agencies. Come see here, www.dhs.gov...

I don't think you understand that this Israeli company has most likely signed with a homeland security agency of Israel.

Point me to where the DHS has signed with faception.

Oh I see, you're saying only the Israei gov't has bought it, not the US. Well, I have no doubts they have and if the US hasn't they absolutely will.

This is very Very disturbing..how does a typical paedophile look,or serial killer,or terrorist? No one can tell that by looking at a face,and if i understand correctly,they claim to now be able to do so with 80% accuracy? Very disturbing.

This reminds me of that Denzel Washington movie,cannot recall the name offhand but it was a really good movie.There was a party on a ship for navy personnel and their families and it got blown up.

posted on May, 24 2016 @ 11:57 PM
link
This is funny because the first to go down with this system is the corporations. But, then again who knows maybe its rigged so they never get caught.

I am fairly confident you were referring to his movie "Deja Vu" .

An interesting movie. A prophecy ten years in the making???

Ah yes that one Thanks for finding and posting,im in bed+its difficult from cell.Very good movie-and at the time i wondered how long before the agencies got tech like that.

posted on May, 25 2016 @ 07:49 AM
link
a reply to: Swills
So if your non symmetrical you go to prison. Seems strokes can destroy your life for other reasons now.

i bet this will only be used for profiling purposes on a closed network in public transportation systems and casinos. If they used this any were else they would start identifying politicians and movie stars and the royal familey members as the pedophiles they are.

It`s called filtering so it makes them invisible. Who do you think has financed the technology? It is made for sheep not wolves or whatever they call themselves. 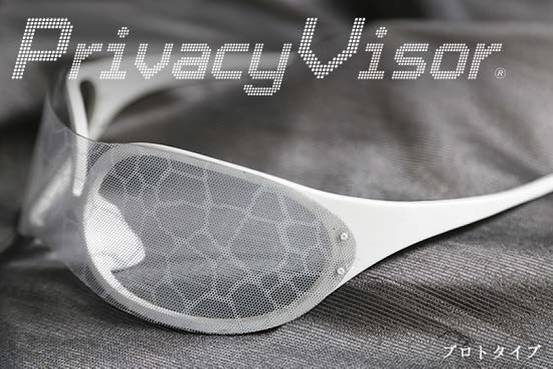 or, maybe we can start buying these starting in June!


The National Institute of Informatics said it has developed eyeglasses that help users protect their privacy by disabling facial-recognition systems in cameras. “The Privacy Visor is the world’s first product with this technology,” the institute’s Professor Isao Echizen told Japan Real Time. Tests with cameras on smartphones showed that the eyeglasses were able to trick the facial-recognition system 90% of the time. The Privacy Visor is scheduled to go on sale by June 2016 and is expected to cost about ¥30,000 ($240).

The updated versions are sexier than the original prototypes thankfully, and I don't know for certain it would defeat this kind of system, but its worth a shot!

A high-tech police state control grid. Welcome to the world of tomorrow where freedom is a four letter word.

Freedom means whatever the people with the guns want it to mean. This software tells the operator exactly what it has been programmed to.

If we lived in a just world, which we dont, the parameters of the software algorithm would be subject to public debate.

Let's hope a hacker can grab a copy of it and open it with a hex editor and reveal the goddamm nonsense inside it.

YOU CANNOT TELL WHO IS A TERRORIST BY FACIAL PATTERNS AND ANY ASSHIKE STUPID ENOUGH TO BELIEVE THAT DESERVES THE OUTCOME.

Again, the software outputs what it's creators want. It's all a game.
edit on 25-5-2016 by Tempter because: Sp

next is Faceoogle! and we r officially conquered!