posted on May, 24 2016 @ 12:15 PM
link
This just came out this afternoon...and is a surprise to everyone...including Cosby and his lawyer.
Full reporting is available below...but I have left the lurid and graphic details of the woman's alleged experience out of the OP.

Bill Cosby is heading to trial on charges he sexually assaulted a woman over a decade ago.

The disgraced comedian, 78, learned the news inside a Norristown, Pennsylvania courtroom on Tuesday after Montgomery County prosecutors spent the morning presenting their case to the judge and laying out why they believe they have enough evidence to send the case to trial.

They decided not to call Cosby's accuser, Andrea Constand, to the stand on Tuesday though, instead having Detective Katherine Hart read the affidavit Constand gave when she reported the alleged assault by Cosby.

That decision later led Cosby's lawyer Brian McConagle to call the proceedings a 'travesty of justice.'

Cosby is accused of drugging and sexually assaulting Constand at his mansion in January 2004 and is facing three felony counts of aggravated indecent assault. If convicted, he faces up to 10 years in prison and a $25,000 fine.

Cosby was not joined by his wife Camille or any other family members as he arrived at court Tuesday morning. There was no sign of Constand early in the morning, and even though she is not testifying during the hearing there is still a chance she could appear in the courtroom.

The decision to have the lead detective read her affidavit is many times considered to be a safer bet in probable cause hearings as it does not allow the defense to try and challenge her on the stand.

Constand, the former director of operations for Temple's women's basketball team and a one time college basketball star herself, launched a legal suit against Cosby, a man she called her 'mentor', in March 2005.

Now 42, she said she first met Cosby, a Temple alum, in November 2002 and the pair became friends and she was a frequent guest at dinner parties at his home.

The case against him emerged just days before Pennsylvania's 12-year statute of limitation deadline for pressing charges was about to run out and despite a previous DA declining to charge Cosby a decade ago.
Cosby previously said under oath that he had consensual sexual contact with Constand.

The criminal complaint alleges that on the night in question Cosby told Constand to take three blue pills that left her feeling weak and then led her to a sofa where the assault took place.

When she woke up the next morning he gave her a muffin and sent her home.
Steele said at the press conference in December that Cosby made two failed sexual advances towards Constand before the incident now in question.
The affidavit of probable cause describes both incidents, as well as the night of the alleged assault.

It's sad, a star your whole life and now this.

It is sad. It shows us how little we really know of those we admire from afar.

all the other cases didn't lead to anything (other than 5 minutes of fame for some of the 'victims'), wonder if this one will be different.

originally posted by: xuenchen
I think Cosby is guilty as Hell.

I think he seems guilty as hell too.
Bill Clinton is probably not happy about this, either.


When she woke up the next morning he gave her a muffin and sent her home.

Sounds like the neighborly Grandmother who thanks you and gives you a candy after you've helped her with gardening chores. MESSED up if that is really how it went down.

Why would a superstar celebrity need to do this to women, other than if he is just sick?

Why so many years before people came forward, and why do a dozen women come out of the wood works after the first couple of victims started talking? Money? Fame? Who knows, maybe he's guilty, maybe not but we don't know yet.
edit on 24-5-2016 by FamCore because: (no reason given) 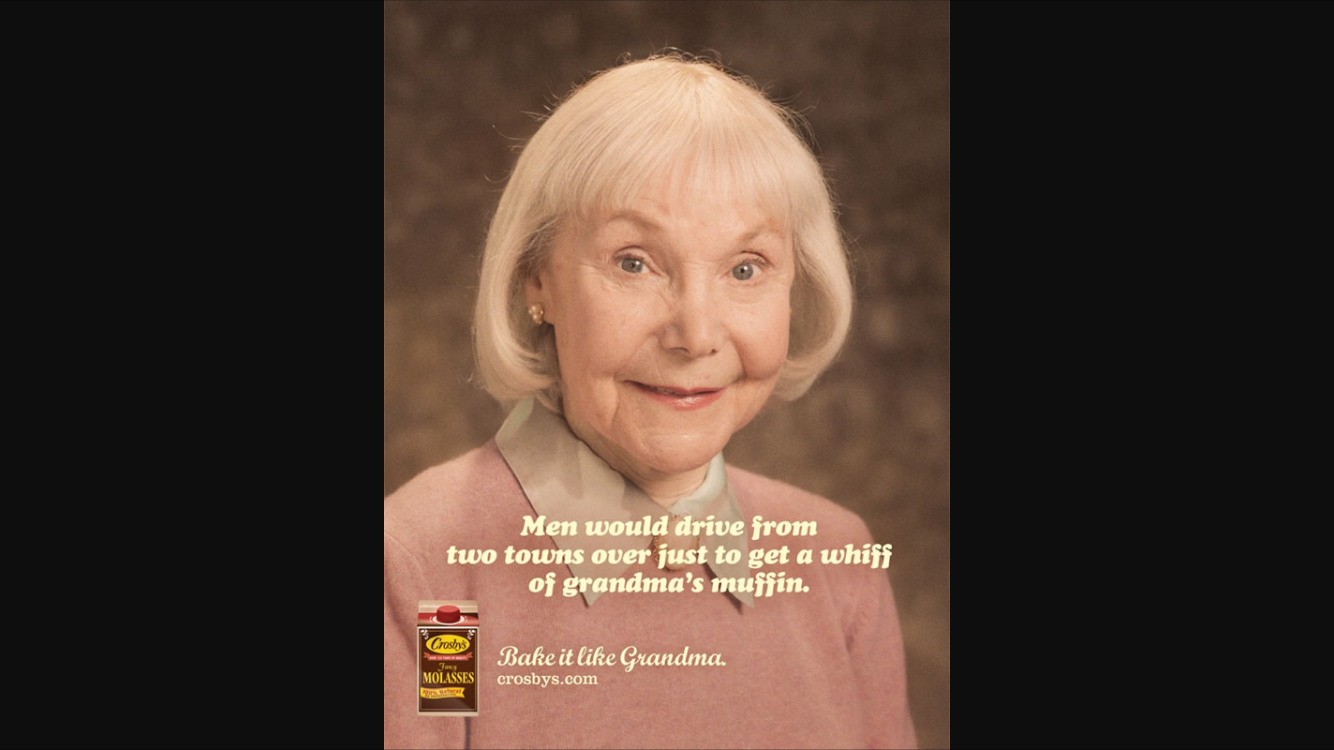 Hopefully this has sent a message to those who think their money and power will protect them forever. Though it does remain to be seen how the trial plays out.

originally posted by: Quantum12
a reply to: IAMTAT

It's sad, a star your whole life and now this.


I would say enjoy the entertainment and not the person behind it.
you never want to know whats going on in closed doors of people you admire..never ever. Its why I ignore most actors when they speak about anything political, social, etc...


Why so many years before people came forward, and why do a dozen women come out of the wood works after the first couple of victims started talking? Money? Fame? Who knows, maybe he's guilty, maybe not but we don't know yet.


Hmmmm. Fear of ridicule, embarrassment, accusations they're after fame and money. I don't know why they would hesitate for so long. Everyone knows they must have asked for it anyway, being a woman and all. It goes without saying it's always the woman's fault. /sarcasm

Maybe that "slip" was intentional.

I don't have any sympathy for Cosby or any celebrity who is sitting on top of the world and than engages in criminal activity. The guy has millions and could have easily paid a prostitute to satisfy his sexual urges. Instead, he took advantage of unsuspecting women for his own selfish gratifications.

Hollywood, the Music industry and social media, plays a huge role in modeling morality and behavior to our children. If anyone of us had a public position in the community and had constant run-ins with the law, we would lose our jobs! These poor celebrity role models should be hung out to dry when they commit a crime or have a multitude of accusations ledged against them. Like always, greed is more important to these entertaining industries instead of promoting good positive role models.

I don't know whether Cosby is guilty or not. The fact he was sleeping around doesn't surprise me. Most rich and famous men sleep around. I don't know why this is so shocking. Maybe it is the Cliff Huxtable character on TV. It is kind of hard not to take advantage of all the pootang thrown your way by groupies. I have a hard time believing he knowingly assaulted these women. Pretty sure he gave them a drink and some blow to loosen up as that was pretty much normal behavior back then.

If he is truly guilty, he should be punished. However, I have a hard time believing he intentionally raped / assaulted these women. I'd think most guys in his position probably got so much, why would they care if some random woman said no? There are 10 more lined up in the lobby.

It does pain me to see his legacy destroyed like this though. He has done so much for the black community presenting positive images from Fat Albert to the Cosby show. Not to mention the tens of millions of dollars he has given to black colleges. The conspiracy theorist in me feels like he pissed off the wrong liberals by airing out the black community's dirty laundry.

All of your points are quite valid!

IMO, I feel all subscribers here at ATS are in some way wise to the devices used by the few to control the minds of many. All of the 6 media giants are bringing you these " truthful testimonies" some recanted and some unfounded. A few truths are of course being omitted from the shouting propaganda:

-Mr. Cosby was seeking to purchase NBC in 1992
-Mr. Cosby has made billions.. yes billions.. over time with the syndication of the Cosby Show/Different World
-The reaction of other long standing, successful black actors/actresses aware of the "real show business" all had the same reaction as Felicia Rashaad who summed it up best "Well, my initial reaction to the allegations was, 'Hmmm. Someone has a vested interest in preventing Mr. Cosby's return to network television". She has been quoted saying many times to set the women/allegations aside and you will see its about the obliteration of legacy and power.

I personally am inclined to agree with her. There was something he either wanted or wanted to do, and the powers that be said no or you're are going to do XYZ and because he did not waiver, this is the result. Kat Williams, Michael Jackson, Dave Chappell, Chaka Khan, Paul Mooney and many others seasoned celebs have all stated when you don't do what they want, they will ruin you in life and profit form you in death.

I guarantee you, if Bill died tomorrow the Cosby Show and its spin off would magically return to syndicated TV, cause I be damned if the devils aren't going to get get rich off him again.
edit on 24-5-2016 by Istaywoke77 because: (no reason given)

posted on May, 25 2016 @ 03:48 AM
link
I know everyone says this now, but I really never did think he was funny. I just wish Richard Pryor was around to see this unfold.