originally posted by: Kali74
a reply to: TinfoilTP

So trying to ensure that trans people can use the bathroom comfortably is Marxist?


Making bathrooms safer for voyeurs, rapists and pedophiles, that is all your movement is doing.

You are making trans people less comfortable by adding more suspicion to the general public. You are doing them a disservice.

If that was the case then where were all the rapes, back in the 80's 90's 2000s by Transgenders? Oh thats right there werent any of note. ANYTHING public is not safe in reality.

No you are doing a dis service by automatically saying what will happen when clearly past statiscics dont reflect it.

I'll use the favorite phrase around here,
You still don't get it.

The transgenders are not the ones doing the raping, it's the rapists, pedophiles and voyeurs who will pretend to be transgender to get past the bathroom doors.
They will drive around in the dead of night with rape kits, stalk victims, use the internet to trick victims, what makes you think they won't take advantage of this opportunity created for them by the PC Nazis unlocking the bathroom doors for them?

Right cause there are bathroom police that make sure that already doesn't happen.

What you are ignoring is this was already policy in hundreds of cities. Hundreds of corperations the Olympics etc. For a decade so....sometimes your common sense doesn't equate with actual reality.

You know like a rock is solid. Except it's not. It's mostly empty space with electrons zipping around. Luckily we used science to determine this and now know more than just assuming our common sense works everywhere.


"There's this constant exchange going on. ... Identity is this weird thing that exists between us people. It's like this perception, thought space, between us and other people," they said.
Thomas Webb, 33, identifies as gender-fluid and feels masculine "two-thirds" of the time. Webb's gender-fluid expression alternates from masculine to feminine with how they dress, from suits to skirts.

I did not know this, that you can change genders on and off from day to day.

So how does that pertain to the bathroom issue?

posted on May, 24 2016 @ 07:01 PM
link
Faced with rails full of men’s shirts and women’s frocks, what Ryan Wigley wears each day will depend on whether he has woken up feeling male or female

So there is bi gender?


Opening up his wardrobe in the morning, Ryan Wigley has a difficult choice.

Faced with rails full of men’s shirts and women’s frocks, what he wears will depend on whether he has woken up feeling male or female.

Half the time he feels like his female self, Ria.

Half the time he feels completely male.

Ryan, 22, is bi-gender, a term coined by the transgender community and a condition recognised by psychologists.

It is one of 56 gender options available on Facebook.

So he is confused?


The 50 genders chosen by Facebook are:
Agender (describes people who lack a gender)

Androgyne (is a non-binary gender identity. Androgynes may possess traits that are simultaneously feminine and masculine, or neither)

Bigender (a person who feels that their gender is fully male and fully female, or any pair of genders, generally by switching between the two)

FTM (FTM is an abbreviation for 'female-to-male' transsexual)

Gender Fluid (those moving between genders)

Intersex (a person born with sexual anatomy, reproductive organs, and/or chromosome patterns that do not fit the typical definition of male or female)

Neutrois (taken to mean 'non-gendered class.' It refers to a gender identity which is also called null-gendered on occasion)

Non-binary (gender identities that don't fit within the accepted binary of male and female. People can feel they are both, neither, or some mixture thereof)

Trans (transgender people are people who are born into a body not associated with their gender, or were assigned a sex that does not match their gender)

Transexual (a subset of transgender, and refers generally to people who identify as a sex other than that they were assigned at birth)

Transmasculine (describes those who were assigned female at birth, but identify as more male than female)

I think I remember this now

Do you realize that post was simply to make fun of people?

Honestly who cares what other people believe or do. Personally if they don't bother me they can have 11 ft dragon wings

originally posted by: Deaf Alien
a reply to: Stormdancer777

Sad thing is he is making fun of people who have actual neurological differences.

originally posted by: luthier
a reply to: Stormdancer777

Do you realize that post was simply to make fun of people?

Honestly who cares what other people believe or do. Personally if they don't bother me they can have 11 ft dragon wings

Absolutely not, I never heard of this, and I think it sheds new light on the bathroom issue

That IS PC run amuck.

Here you get the chance for both halves to have their say about what being bigender is like for them. * Disclaimer* Obviously my experience is not the same as it is for everyone who identifies as bigender nor is being bigender inherently the same as being trans though the two fall under the same umbrella and have many similarities.


originally posted by: Deaf Alien
a reply to: Stormdancer777

Sad thing is he is making fun of people who have actual neurological differences.


Obviously my experience is not the same as it is for everyone who identifies as bigender nor is being bigender inherently the same as being trans though the two fall under the same umbrella and have many similarities.

LOL what the hell.

I AM pretty sure experience is ALL the same for both males and females.

originally posted by: Deaf Alien
a reply to: Stormdancer777

He says bi gender, I am genuinely not sure.

originally posted by: neo96
a reply to: Stormdancer777


Obviously my experience is not the same as it is for everyone who identifies as bigender nor is being bigender inherently the same as being trans though the two fall under the same umbrella and have many similarities.

LOL what the hell.

I AM pretty sure experience is ALL the same for both males and females.


I don't know what to think of this.

But we need more bathrooms

why are we being so stupid about this ?


originally posted by: MysticPearl
a reply to: Kali74

The only reason a boy might think he's a girl is because society has told him his thoughts/characteristics are that of a girl. He figures since he shares so many female traits, he must be a girl trapped in a boy's body.

It's society which has told him his thoughts align with boobs and a vag instead of a frank and beans.

It's always kinda "mind farty" when those of personal uninformed opinions think they know more then the professionals and actual people who are transgenders.

Yes, I know Surprise! There are specialists in the field of transgender. I think I'll go with their research and opinions.


So you're labeling yourself as "mind farty" and uninformed?

If you say so. Takes a big woman to admit she's wrong. Bravo.

Reading comprehension is your friend. She said THOSE WITH UN INFORMED OPINIONS ARE "mind farty" ANd apparently Annee isnt un informed so where does she call herself what you accuse?


She loves calling others she doesn't agree with as uninformed or bigoted.

So naturally, she's referring to herself here as uninformed and "mind farty" to anyone who disagrees with her.

originally posted by: syrinx high priest
ebony would be risking being assaulted in a mens' room looking like that

why are we being so stupid about this ?

Yeah. Why ARE we being stupid about this. Let's totally dismiss people's concerns to fulfill the concerns of the very few. We DO NOT live in a democracy.

I wonder if your wife would have beat up Buck Angel? If your wife can even do it? 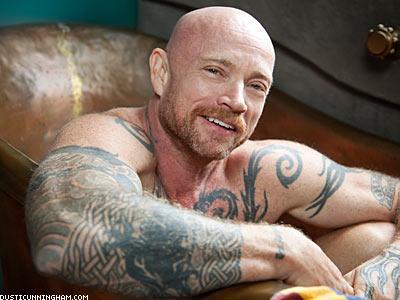 
Meet my alters / personalities: Autumn, Iris, the Host, the Sexual Alter, and Unknown. Autumn and Iris are the protectors. The host is, well, the "real me." The sexual alter is not one I want to talk about. And, the unknown one is rude, hateful, and threatening as it calls me a faker and liar.

(This was an extremely difficult video for me to do as I feel it exposes a lot about me. Thank you to all who watch it!)

The video comes with a warning, I must say I did find it a little disturbing, I am not usually like that.

The dude with a taco?

Why would my wife have to have confrontation with Buck? What is your reasoning for this?

Oh wait. Just showing your edginess. I get it. Sorry. Didn't mean to fall for that one.