Swarms of Octopus Are Taking Over the Oceans

As far as I can tell from reading the article, the reasons for the increase in their numbers is still a mystery to those doing research on the topic. I do find the idea that they are just having more sex to be a gratifying answer. 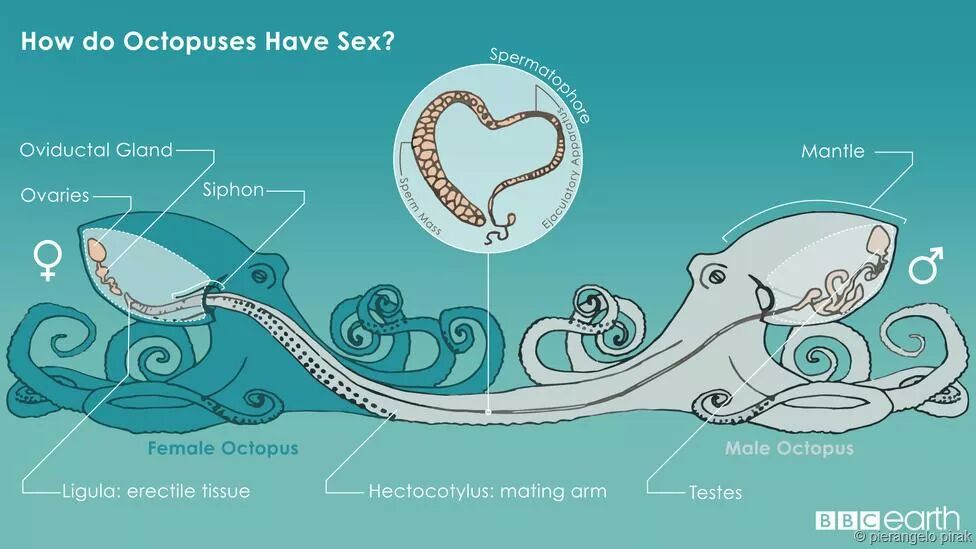 
When a male octopus finds a mate, he rips off his penis and throws it at the female so she can inseminate herself. Then the male grows a new penis.

originally posted by: seattlerat
a reply to: Dumbass

I do find the idea that they are just having more sex to be a gratifying answer.

~"Hey everything around us is dying. Lets make some babies."~

"Dumbass takes a look at the world and pounders about overpopulation....."


originally posted by: seattlerat
a reply to: Dumbass

Dumbass then scratches behinds his ear....

posted on May, 24 2016 @ 01:33 PM
link
I think that octopi/octopuses are the Stewie Griffins of the sea--slowly planning their world domination and just waiting for the time to implement their plan.

And the sushi restaurants rejoice

originally posted by: SlapMonkey
I think that octopi/octopuses are the Stewie Griffins of the sea--slowly planning their world domination and just waiting for the time to implement their plan.

They've already got their leader too!

Nature!!? Oh dear Poseidon, they be cursed creatures if that's all the fun they get out of procreating.
Someone must make an animated comedy of that.

The only reason they cannot advance any further than they are is a few very important factors.

One: They are not social creatures and are solitary by nature. This aspect of their personas prevents the creation of any kind of civilization.

Two: Most don't survive past child birth, with one rare exception. As such, none are raised by their parents, nor any kind of society, therefore no education is passed down, each octopus must learn on it's own. Which it does rather well, but no advancement over generations.

Three: They don't live very long, so no matter how smart they are they only have a very little time to grow intellectually.

So no matter how intelligent they are, they're in a rut until they can overcome these major flaws.

They must, one: Stop being antisocial, organize as a society, two: acquire the ability to survive childbirth, at least one has managed so far, there's hope there, and three: develop the ability to live longer than little more than half a decade.

If they can do this, there is no doubt in my mind they'd advance rapidly. They are clearly our intellectual equals or superiors if not for these major flaws.

originally posted by: Puppylove
Honestly Octopus are sentient beings as smart as if not smarter than we humans are.


In my opinion, this same can be said for many of the so called "lower life-forms" that we should be SHARING this paradise of a planet with. You have pointed out some great information and reached some logical conclusions. Fukushima radiation may produce some mutations that could help the 8-armed detachable penis toting creatures on the way to overcoming the barriers you mention if it doesn't eradicate their food sources first... Why oh why won't the "superpowers" work together to find a solution to the poisoning/pollution of the oceans?

Thank you for posting!