The end of the Conservative movement?

Out of the possible real winners of this election cycle you have Clinton, Sanders, and Trump. Trump has already posted his supreme court choices which are all constitutional supporting judges; thus the GOP has quieted down somewhat.

Trump is a strong supporter of the 2d amendment whereby Clinton and Sanders both would have law abiding citizens giving up their only means of protection..... for the darn cops only show up after the crime for the most part.

I may be wrong but Trump is the only one who says he wants real change and will fight against the Oligarchy and the failed new world order B.S. The problem for him will be avoiding bullets and getting the old entrenched idiots in congress and the senate to do his bidding. There are millions and millions of dollars spent to sway voting in both houses so it will not be easy.

posted on May, 24 2016 @ 10:48 AM
link
What about the democratic party collapsing also? Do You think they actually support Your typical blue collar worker anymore? I for one enjoy seeing both parties being destroyed from the inside. The two party system hasn't supported the American people in a long time and thankfully people are waking up to that fact.

posted on May, 24 2016 @ 11:16 AM
link
It is just my opinion, but the G O P began its demise when the leadership decided to go more toward the "socially" conservative side and forgot about the "fiscally" conservative issues which had always been their primary focus. This was the party of Reagan which so many have been wishing they could return to.

I think there will be a "Values" party or maybe even a "Dominionist" party ... because Libertarians, by and large, aren't going to accept the shenanigans of the Religious Right ... ala Barry Goldwater.

Reagan destroyed America. Though I'm fairly sure he regretted what he had done in the end, and tried to repair it (the implementation of Reaganomics) the damage had already been done.

Maybe. I'm really just basing my opinion off of raw numbers right now. Plus polls (especially for third party polling) is rather unreliable. So you could be right there.

I think there will be a "Values" party or maybe even a "Dominionist" party ... because Libertarians, by and large, aren't going to accept the shenanigans of the Religious Right ... ala Barry Goldwater. 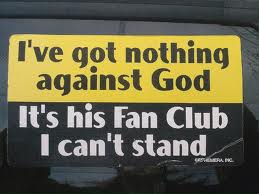 God, please deliver us from your followers
edit on 5/24/2016 by BuzzyWigs because: (no reason given)

good OP and I especially liked this piece of knowledge: "The average U.S. citizen is MORE qualified to dictate the politics of this nation than any group out there!! "

Thank you, sir. That thought came up as I was writing the OP....

originally posted by: Gryphon66
S&F for your OP. I think that's two in our mutual history here at ATS. LOL.

I kid, of course.

Obviously there are groundswells against both major parties, and goodness knows it's long overdue.

The entire primary process needs to be reworked. Political parties should be outlawed.

The People should be given the power of referendum, initiative and recall via a Constitutional amendment.

It is important not to let "raw democracy" reign, as history does show us that we are subject to mob mentality and that can perpetuate horrors untold ... however ...

To be told at every National Election that we either have to eat the plate filled with feces or the one with the feces with ground glass in it ... is long overdue.


When thee and me agree, can there be any doubt anything is possible?? LMAO. ....Likewise, just kidding.

Reagan had to deal with a Democrat majority House of Representatives all 8 years.

posted on May, 24 2016 @ 12:03 PM
link
This intense aversion that any ideology has to 'both AND - not Either OR' will be the downfall of civilization as we know it to be IMO. We seem to want everything to exist only THIS way or THAT way with no middle ground or mixture of ANY sort. It's almost like we're afraid of that.

I do think all of our institutions depend on this aversion persisting because BOTH implies complexity which is the enemy of a culture that wants to remain stable in some fundamental way which says "Everything is normal - nothing to see here."

This year, to me, has been a weird illustration of our collective inability to LET THINGS BE as they want - mixing and talking and growing together into... whatever.

The complexity of both AND, not either OR, seems like it's an enemy to all the illusions of permanence and culture we hold so dear.

It's hard to not get 'sucked in' to the vortex... I have to remind myself to look out at it on the rim of the toilet and realize how BIG of a mess it all is.
edit on 24-5-2016 by Floydshayvious because: doot

Reagan had to deal with a Democrat majority House of Representatives all 8 years.

It's always funny when conservatives bring up how Republicans in the past had to "deal with the Democrats" when traditionally the idea of compromise and working with the opposition was how this country was built. Republicans and Democrats having absolutely nothing to do with the other side and calling moderates from their party who compromise "... in name only" is a new thing.

Statements like yours really show a misunderstanding for our traditional political system and really play into what is wrong with it today. It's not Reagan's fault that he presided over the country and ruined it with the war on drugs and his economic policies, it's the Democrats because he had to work with them. No, the Republicans were in charge of the ship. They get to accept the blame for their policies regardless of which Democrats voted for.
edit on 24-5-2016 by Krazysh0t because: (no reason given)


Let me respond this way to your points. My first reaction is there's too much 'collateral damage' in your post.

You called it familial connections. OK. Yet I only have to look at my own family.....to wit, not far at all, to see all families don't agree and internal struggles are the norm rather than the exception.

In Trump's case, he get's a mulligan from me, and I assume others, for the very fact of being a 'N.Y.er'. A democrat, good old boy network if there ever was one. One does what one has to in that environment to succeed, including donations to TPTB in N.Y.. That was a 'Hillary' as a Senator from N.Y..

The telling difference in our views is I/we are willing to take the chance that his rhetoric is more than just rhetoric. You have already condemned him. (Either in honest belief or based on personal support for someone else....Sanders(?))


As the OP implies, find the points in common that made this country. Not the ones that are breaking it up.....


Well, all but this part:


"Not every idea put forth by our dreamers-perhaps not even a small fraction- are workable, practical or even desirable by the majority."


Surely at least a small fraction of these ideas are desirable, right? Dreamers influence everything from new technologies and building materials to new sports and hunting techniques. So I guess I agree 99%.


But hey, a functioning society also needs nitpickers too. Otherwise, we'd always get deceived by the fine print and faulty translations.

Lots of confusion on who started the "war on drugs".

I have used the Whig analogy often. Good post...

originally posted by: jkm1864
What about the democratic party collapsing also? Do You think they actually support Your typical blue collar worker anymore? I for one enjoy seeing both parties being destroyed from the inside. The two party system hasn't supported the American people in a long time and thankfully people are waking up to that fact.

I have a small hope that there would be a meeting of the minds somewhere in the middle....