What more Russian BS from another of Mr Putins boot boys. They seem to get everywhere spouting their nonsense and trying to wind up more hatred.. Shame, give peace a chance for a change and tell your boss to benefit mankind and not try to destroy it..


Poland would certainly be where a Russian invasion would start to be slowed down. The Polish have been investing quite heavily in their armed forces. And they would ~fight~ tooth and nail against a Russian invader.

Poland I think is where the time would be bought to deploy NATO formations in Germany to really stop the Russian steamroller.

originally posted by: Xcalibur254
a reply to: visitedbythem

The current issues with Russia stem from the fact that Putin is running a corrupt, sinking, ship. He needs a scapegoat so his people won't turn on him. Isn't it funny that Russia's relations with the West were fine until Putin got land grabby and their economy tanked

I am sorry but this whole fiasco did not start in Ukraine, nor did it start in Georgia. This started when the US traded justice on 9/11 for an excuse to shore up threats against the petrodollar.

You usually right about half of it but always ignore the other half.

posted on May, 23 2016 @ 07:12 PM
link
Your talking about two different kind of military tactics OP. Iraq and Afghanistan are by no means a conventional fight, it's gorilla warfare. In a straight up fight with tanks and aircraft going head to head the US can put up one hell of a fight. Took us a few weeks to destroy the only conventional army Iraq had. Don't forget Russia was bogged down in the quagmire that is Afghanistan for 20 years until the Soviet collapse in the 80's and 90's.

The Russian military is no slouch. But neither is the US military like you imply in your OP.

I hope the world never has to witness the full destructive power of either of these forces. We have taken killing en-mass to a whole new level here. American military generals even warn against unleashing the full might of the military. Saying it would be destruction the like never seen before. Most conflicts are a few drones, guided bombs, and cruse missiles. Amplify that a few thousand times and that is what a conflict between Russia and NATO would look like. In other words. Hell on earth.

originally posted by: seagull
No. No, they could not.

NATO's strategy would be to let them come, then deep raids against their supply lines by aircraft and special forces. Within days they'd have no bullets, no beans, and no way to get them.

Then they'd be rolled back.

They, they being NATO, would see the build-up long before the jump off date, and there would be a little red phone ringing in the Kremlin...and the voice on the other end would say something to the effect of "Bad idea, Vlad. We see you. Back off."

If that's ignored? Engineering units/Pioneering units would be targeted for preemptive strikes by stealth aircraft, and/or drones. You can't cross rivers without bridges, nor can you build 'em when your engineers are dead.


Ya, then you woke up and realized you wern't playing war against yourself comfortably on your livingroom carpet.

I do get a kick out watching people checking out their bicepts in front of the mirror playing out an action sequence and making "pfft pfft" sounds.

Honestly I think it is very difficult to even imagine a war between two modern militaries. The force multipliers, The hidden tech/advanced tech being turned into asap projects. Do you bomb civilians? how will the countries citizens morale be affected when any person can post a video of the war on the internet. And these wouldn't be backwards people that look totally different and wear towels. These would be people similar to oneself causing moral empathy.

I see the aggressor nation having large revolts/riots, political upheavals, and societal collapse.

posted on May, 23 2016 @ 07:24 PM
link
I've been hearing the same old thing since the fifties. The dreaded Russian Tank Brigades! Oh, my! With nukes on the table, this is just too stupid to consider. MAD is still in effect.

So in sixty hours, the mighty Russian army is going to sweep aside nato, all the way to the English Channel. Got it.

There is a reason the Sovs didn't try it back in the day, because they knew they couldn't do it. The Russian army of today bears little resemblance to the rompin' stompin' Red Army of yester-year.

If Putin is thinking anything like this, I really hope there are a couple three generals in his ear telling him otherwise.

The Russian army is less capable of invading Europe today than it was fifty years ago. They have some flashy toys, to be sure. So, too, does Nato. Nato also has rivers and terrain that that Russian army would have to cross...under fire.

So feel free to disagree in the fashion you've just done...and I'll continue to take you less than seriously.


Well that's a handy report which no doubt up the industrial arms budget, and suck up the funds required to get the country back on its feet, if your poor your gonna get poorer.

posted on May, 23 2016 @ 07:34 PM
link
A combined force of Russia and China could defeat Nato. Russia is extremely dangerous. The more their conventional forces deteriorate, the more they will be forced to rely upon their nuclear arsenal, which is second to none in the world. Though Russia may not want a war with the west, the reverse is true; the west does not want a war with Russia...and now China. A rogue launch of an ICBM will start WWIII.
edit on 5-23-2016 by JMH61 because: Add additional informative text

originally posted by: seagull
a reply to: MALBOSIA

So in sixty hours, the mighty Russian army is going to sweep aside nato, all the way to the English Channel. Got it.

There is a reason the Sovs didn't try it back in the day, because they knew they couldn't do it. The Russian army of today bears little resemblance to the rompin' stompin' Red Army of yester-year.

If Putin is thinking anything like this, I really hope there are a couple three generals in his ear telling him otherwise.

The Russian army is less capable of invading Europe today than it was fifty years ago. They have some flashy toys, to be sure. So, too, does Nato. Nato also has rivers and terrain that that Russian army would have to cross...under fire.

So feel free to disagree in the fashion you've just done...and I'll continue to take you less than seriously.

I dont worry if you dont take me seriously. I worry that you think you can play out your apponents hand against yours like you know exactly what cards are in play or up the others sleeve. Seems foolish.

posted on May, 23 2016 @ 07:45 PM
link
Anyone notice a problem with this article? Since when does US follow orders to a corporation? I bet they used a digital simulator. 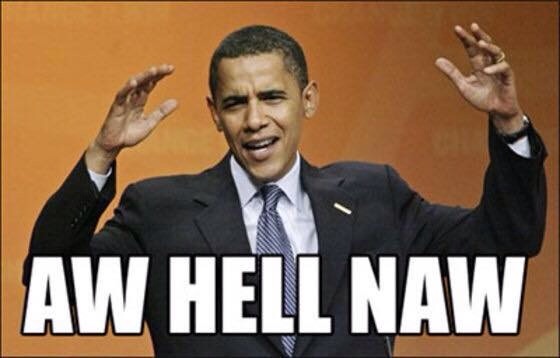 posted on May, 23 2016 @ 08:13 PM
link
Ive read articles about Gates being concerned about Trump having launch codes. Maybe we should be more concerned about who has them now


Sorry, but China 'rope-a-dopes'. They stay out, lick their chops like vultures and pick on the bones of the losers.


Stay out and they end up the number one nation in the world, not only economically, but militarily as well....

Russian might get some early advances, but, they would get bogged down quickly.

We might as well add Iran to the Russian/China advance.

Israel, India and Japan would enter the war. That spells trouble for China and Russia who would now have two fronts to contend with.

North Korea might see it as a time to strike South Korea.

The US military is built around supporting and winning a two front war. Two full on engagements with supplies, supply lines, defense as well as an overwhelming attack profile backed by all the implements of war with an economy ripe for war time manufacturing. And if you think invading the US would be easy, how about a 300,000,000 population where 70% own guns.....a gun behind every blade of grass.

Whoever controls the sky and the oceans wins.
edit on 23-5-2016 by wdkirk because: (no reason given)

posted on May, 23 2016 @ 08:45 PM
link
The US will continue to suffer economically as China milks it. The US is going to bring Russia out of near economic collapse they are well on the verge of now. This will be accomplish by the monies taken by China from the US going to Russia via a new pipeline agreement between them.
Many new deals are in the works between the two...
The US was most unwise not capitalizing on the proposed pipeline agreements with Canada. For fear of strengthening Canada's economy which would only benefit the US... Instead there is the downturn we have now... And the collapse which awaits...
Make no mistake war is coming...


I dont worry if you dont take me seriously.

Nor should you. That was out of line by me, and I apologize.

I worry that you think you can play out your apponents hand against yours like you know exactly what cards are in play or up the others sleeve. Seems foolish.

That's exactly what the Rand Corp is doing, isn't it? Or any other "think tank".

Of course that's what I'm doing. I take the available information, process it in my wee little brain, and see what comes out. Every simulation I've ever seen, that doesn't involve WoMD of some sort, Russia/Soviet Union makes inroads into Europe...those almost always involved Germany...now it's the Baltic region, and Poland, and other former Soviet Block nations who have little love for this new style Russian Bear, and their attitudes reflect that.

For anyone, regardless of who it is, to even remotely think that Nato, and its allies would be overrun within two to three days is in the same dream world you seem to think I'm in.

It's not just about numbers of tanks, airplanes, or any other weapon systems, though that does play a part, of course. They are neglecting the human aspect of this. The Baltic states/Poland have all been pawns in these games for hundreds of years and have had enough of it. Yes, the Russians may overwhelm them, but it won't be in sixty hours, or even sixty days...and by the time they do? Germany, France, Great Britain, and the US, will all be there.

China will not do anything in a European war. They are not a global power...yet. Their power projection capabilities are regional at best. Non-factor

They aren't.
Trust Me

originally posted by: Gothmog
The Russians will run out of ammo , fuel and supplies in less time than that . Been that way since the beginning.

You think the Russians will run out of Ammo, Fuel and Supplies in 60hrs when performing a military advance on a neighbor?