This time it's the way Medicare pays for the drugs covered by Part B.

This is a test program.

Normally, a test program is random and limited, but this one is going nationwide all at once.

He probably has some hidden power to do this inside the ACA.

But I wonder if the failures will be nationwide as well.

Guess we have to do it so we can find out what the damage will be eh?

the article has some details and possible consequences ...
Obama’s Latest Executive Overreach Is in Medicare

The Obama administration has proposed regulatory changes in payment for Medicare Part B drugs. They’re looking to impose a broad, multi-year change through a demonstration project.

Medicare demonstrations routinely test payment or delivery models in pilot programs, make a report to Congress, and the lawmakers either enact or reject the model as a statutory basis for Medicare payment.

But Obama’s proposal goes well beyond a normal pilot program, testing to see what does and doesn’t work among a relatively small, randomly selected, group of providers.

As the Romans would say ..


From Obama & ABC's HealthCare propaganda show...Obama's tells woman that maybe her elderly mother shouldn't have received that pacemaker - maybe she should have just taken a pain pill (and died) instead of still being alive at 105 (5 years after her operation)...this is who I want in charge of my healthcare options 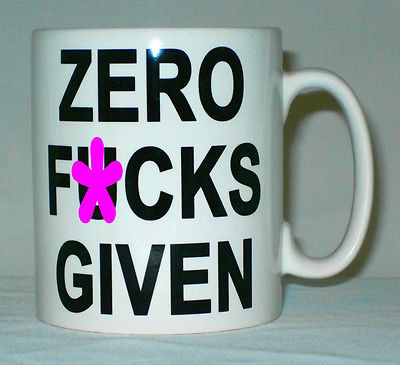 posted on May, 21 2016 @ 06:52 PM
link
So , the now hidden end of life counseling part of Pelosi Care is about to kick in ? The reason they pulled the original document from the gov site before they voted it in . I can see that coming from Obama. It does cost the country too much to treat the elderly and the infirm. Now , where have I heard that before ?

The assumption, in any case, is that this will incentivize physicians to use lower cost drugs that are as equally or more effective in improving patient outcomes than higher cost drugs.

Funny part there is ?

Walmart gets it's products from China.

China has cornered the pharmaceutical market see this:


One of the biggest problems: China’s government-run health insurance funds, which are struggling to keep up with an ageing population and surging incidence of diseases like cancer or diabetes. As they grapple with tighter budgets and a slowing economy, many of these funds are capping reimbursements to patients and pushing local authorities to negotiate with companies to lower drug prices.

Do you even know what generic medications are? Or how using them could be better for people then the name brands?

Generic (not-original name brand of medication) are normally exactly like the name brand. Only difference is that the name brand patents ended and other companies can make the medication now. It does not mean lower quality or effectiveness.

All they want is when two identical drugs are available don't use the more expensive one.

Not seeing any of that in the actual CMS doc.


Do you even know what generic medications are?

Yeah the same thing ALL Generic crap is.

Goods made of lesser quality, and gets passed off as 'better'.

Those ingredients come from CHINA.

There is that saying you get what you pay for.

Cheap out at your own risk.

Oh wait that decision is being made by the STATE forcing doctors to prescribe CRAP.

posted on May, 21 2016 @ 11:08 PM
link
The OP has several problems. The first being this is not an Obama order. It is a planned rule change from Centers for Medicare & Medicaid Services. It was announced a month ago to allow outside parties to study and comment on the planned test. It is a 5 year test but, does not start everywhere right away.

No earlier than 60 days after the rule goes into place "CMS would begin to test the changes to Medicare Part B average sales price payments for drugs by creating a control group and a study group. One group would remain under the 6 percent add-on arrangement and the second would receive 2.5 percent of the average sales prices of a drug plus a flat $16.80 per drug per day payment."

After a year "CMS would begin to test value-based purchasing arrangements by further dividing the average sales price test and control groups. The same set of value-based purchasing tools will be used in each of the two new study groups." If those early test go well the goal is to role the test out everywhere in the last 3 years.

The idea by the way was originally proposed by the non partisan Medicare Payment Advisory Commission which is a independent US federal body that has 17 experts on financing and delivery of health care services. So clearly this is not beyond the CMS authority.