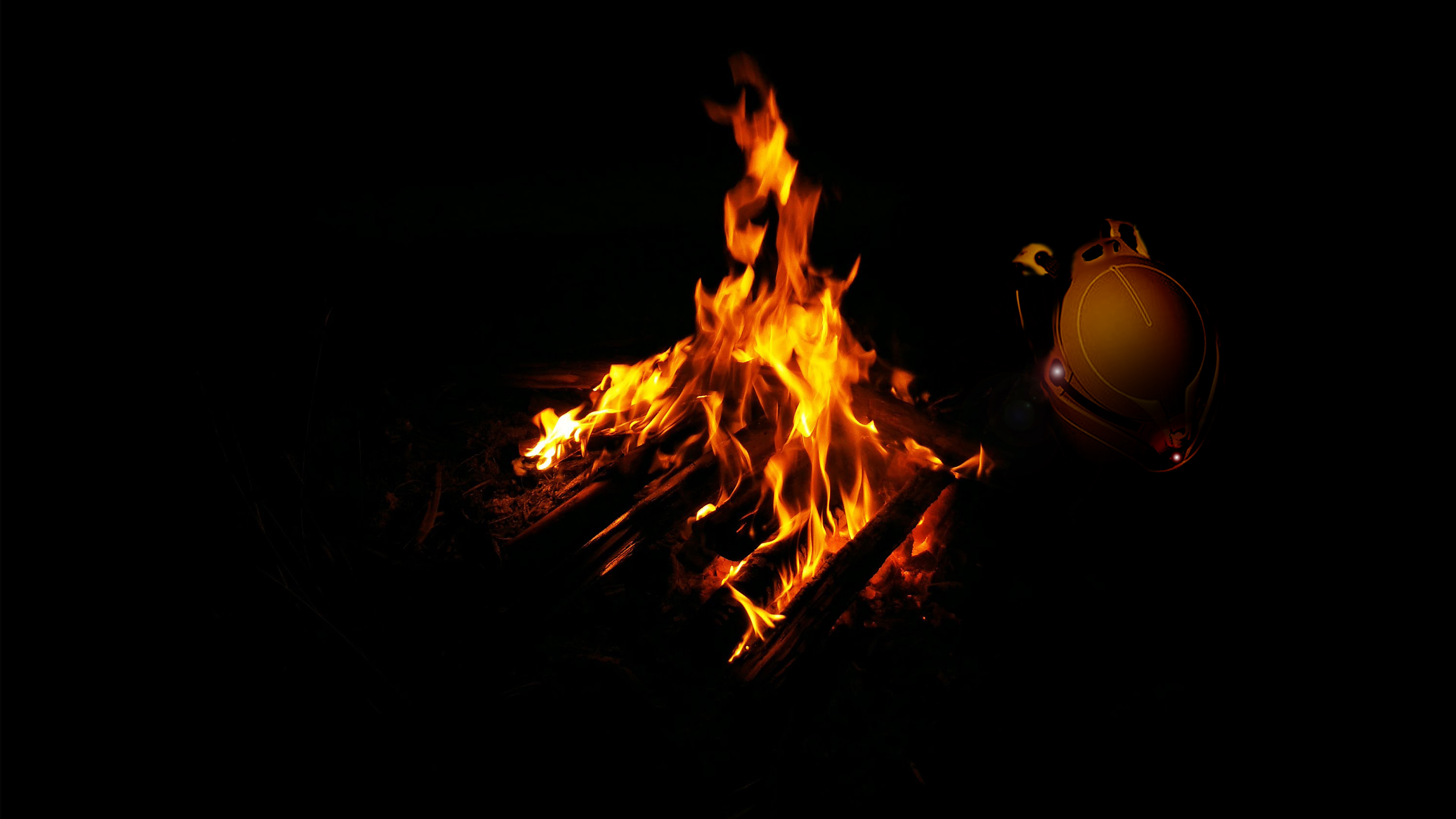 I never understood what happened that day, where he came from ,what he did to earn our trust.

The only thing I remember was that me Margery and Mom, were hiking through the forest and suddenly he appeared out of nowhere . I do remember him walking from a fog bank, packed with what looked like a slim fit thermal outfit , too expensive for me to buy anyway.

The backpack was totally different from ours like a hardtop , aerodynamically formed around his back.

I surely noticed him being wealthy enough to show off all the stuff he took with him, and hey, the guy charmed my woman too .
And I even can't remember my mother looking or talking to me for an hour or so.

I have to say he certainly had a charismatic appearance even I started to doubt what gender I preferred most.

When camping up we talked about many things .Mostly negative about our government and the way people got treated , like in health care , insurance, loans and job income tax and all that stuff.
But he never gave us the feeling that we shouldn't talk about that .

He understood what we felt and talked us through his experience and apologized for his outfit and camping stuff he brought with him.

He clearly stated that it didn't have any value to him , so I jokingly said ' well hand it over I can use it for many camping trips to come ?' .
Suddenly he pulled his backpack off and handed it out to me saying ' Take it you can have it.
As polite as I was telling him I only was joking.

But he wasn't joking, sensing that from reading the expression on his face.
So I started to feel some guilt rising up my belly.

Quickly as I could I changed the subject, and he smiled and understood my reaction.

So finally sitting at the campfire that firmly burned leaving a warm and yellowish red afterglow on the treeline behind our tents.
He started to tell something I never will forget for the rest of my life, and I never doubted any word he said that night.

But the most important thing he said that night I always dreamed of to come true was,

' Don't measure me by my wealth, but for my equality in life in the upcoming years for the human race ,to live in peace and not destroy what you all so dearly cherish within your unconscious minds '.

'Did you ever seen him after the Earth got freed from the Cabal and their new world order grandpa? '

'No , but I still remember waking up the other morning and we all got out of our tents, and he was gone , the only thing he left behind was his backpack '

As sun's rise started the morning that day on KIC 845683 the first rays from both stars shined over the immense variations of trees never seen on Earth before, on our left-hand side we could see a giant gas planet with multi-banded purple white streams of clouds , scattering the light from both stars on the moon we were on .

Me my two little grandchildren Milo and Nico and our robotic pilot who was sitting in the cockpit of our fancy long stretched pointy space cruiser.

Both my grandchildren started to run to the backpack still standing there on the landing hatch yelling ' what's in it , I'm the first to see '

As I put out the fire and slowly walked on the glittering dark volcanic like ground , I noticed I walked over diamonds who were stuck and part of the stone paved path we walked by when we arrived at the camping place yesterday .

So as walked to my grandchildren I saw them grabbing the backpack and looked with their sweet questioning eyes at me , handing out the backpack saying ' please Grandpa we want to see what's in it ,open it up pleeease '

I told the boys I also never opened it before , and gently took it in my hand looking for something to open this thing .

As I turned the hard metallic looking thing , looking for the zipper, I noticed a rubbing pad with soft corrugations .

As I rubbed the pad , small lights around the pack started to go on, one by one the dimmed lights flashed on all around the backpack.
a hissing sound with some clatter finally opened the pack, as what seemed to be a blueish light came out of the backpack.

We all had our eyes wide open and our mouths hanging,
baffled for what could possibly be in there beyond our wildest imagination ,we altogether looked in the package.

I starred one flagged your story now I will go read it because I know it will be good!

I've written three before this one , I'll hope I chose wisely lol

I now going to read the other ones..